Joseph Junior Adenuga, aka Skepta, is one of the pivotal artists responsible for the elevation of grime to the mainstream masses. With a proven ability to crossover underground roots with commercial audiences, it is safe to say that we can expect more of the same with his new and eagerly anticipated album, ‘The Honeymoon’. We stepped in to discuss the upcoming release of new single ‘Make Peace not War’, Lil Wayne at the MTV Video Awards, traffic at the Olympics and his top three films!

I was checking out a video you put online, #UnderdogPsychosis.
Ah yeah man!

What was the inspiration that made you decide to put that online?
When I’m outdoors, I walk around and talk to myself a lot. Things that I say I’ll bring indoors with me. I thought to myself, “People need to hear this!” and I know that since I’ve become established in music I still remember how I used to feel. If anyone showed me appreciation and basically acknowledged my talent, like at school, all the stuff that I thought I was really good at, the teachers would take my behaviour over my talent. So I thought, you know what, there’s loads of kids out there and I think the video underlines the problems of today. I thought, f@ck it, I’m gonna record myself and it was originally like an hour and half long cos I was really just talking to myself. I had to cut it down to like 25 minutes. I thought I was gonna get like a couple of  views, but it got like 14,000 views on the first day!

Yeah it’s doing really well. I think it’s on 20,000 plus now!
Wow, that’s wicked man. I can honestly say that I’m not a politician or trying to be some activist, because you know, I’m still learning myself. I just felt like I wanted to say it.

Moving on to your new single, ‘Make Peace not War’. Did you feel it was slightly risky using such a cult classic song in, ‘Everybody Dance Now’ (C+C Music Factory)?
Initially when I first made it I thought it would just be like a viral on YouTube, because it was such a big song I’d never thought I’d get the clearance. Nowadays when people make music and put it on YouTube, sometimes the record just becomes big. So, I thought a few DJs might play it and then it would get taken down by YouTube due to copyright. When I showed it to my manager he was like, “Yo, let’s try and get the sample cleared for this, this is a big tune!” I was sceptical doing it, no pun, because I know how people have nostalgia with certain records and can think, “Why are these rappers playing with these tunes that we love and have grown up on?” I just tried to give the song as much justice as I could and everyone who has heard it has given me good feedback so I’m happy.

What are the lyrical messages you’ve got going with this?
It’s just about going to a club and having a good party really, there’s nothing too deep. A lot of people go to clubs and get into fights so I just thought, “Na man, go to a club and enjoy yourself!” When I say, “I’m just living my life, you better live yours”, that was the message I was trying to get across in the whole tune. Go  to the club, enjoy yourself – you know, one life!

Wicked. So this is part of your new album?
Yeah, ‘The Honeymoon’. It’s out in September.

Can we get a little insight?
It’s a real grimey album man. I’ve got three features that I’m not ready to announce yet until my album is all certified. Obviously stuff like, ‘Hold On’, was a nice single to step into the year with, it has  an uplifting message. Then there’s this new track, the party track. I’m going out to Ibiza, Aiya Napa, Magaluf, Malia, all those islands which I thought I could make a good party track to. Then when I go into my album, it’s gona be really grimey man. 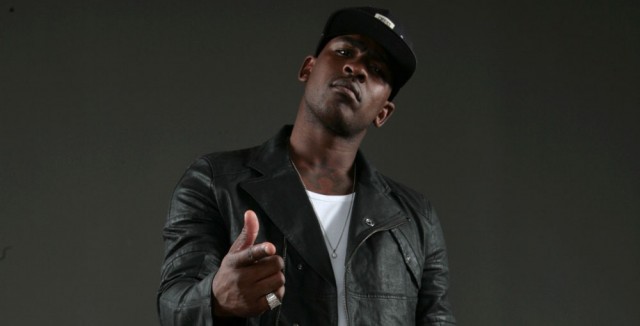 Do you ever feel that you have a conflict of interests with the music you make? Like you said, you have the club anthems, the chart hits and obviously the grimier roots as well.
Yeah, undeniably, I do feel like that. It’s something that I’m gonna have to work on overcoming. I feel like when you start as a grime MC, you get pigeon holed basically. People only expect you to spit on a grime beat talking about a certain thing. Before I started MCing on grime, I was rapping. Before I was rapping on hip-hop, I was a DJ. Before I was a DJ, I was a producer. So, it’s like I do everything, but people really saw my talent when I started grime. But for me, that never meant because people liked me in grime I’m not gonna DJ anymore, or not gonna produce, do you know what I mean, I’m make what I want. It’s just misunderstood at the moment man. I even think that in England it should be more acceptable than in America, because in America the cultures stick together. You don’t really see a black person walking with a white person, or an Asian guy rolling with a Hispanic. They all stick together. But in this country we are so mixed, just looking in a school nowadays and seeing all the different cultures and people that are in there – why can I not make music that isn’t grime? I’m in England and I just make experimental music at the end of the day and that’s how it’s gonna be until the day I die.

Staying true to yourself.
Yeah, that’s what it is. Staying true to myself because that’s what I said with the N-Dubz track as well, that I am grime but the only thing I have to stay true to is me. I don’t have to stay true to grime, I am grime, you know what I mean? I could go to Eskimo Dance or Sidewinder tomorrow and smash the rave over and that’s not me being big headed, that’s just fact. I could do it if I wanted to but I also have the talents to make other music as well. But when I do make the other music, I’m not jumping on ‘Make Peace not War’ and saying, “Yo, everyone wear skinny jeans, wear tight jeans, wear no socks!” – I’m not talking about stuff that I don’t normally say. I’m saying, “Razor sharp blade, I’m a guillotine. Soon as I get ahead, I’m bringin’ the team” – that’s stuff that I believe in and that’s what it’s about. When you’re staying true to yourself on records no-one can take that away from you.

Out of all the artists you’ve performed alongside and seen live, who has inspired you?
I watched the Lil Wayne performance at the MTV Video Awards and I’m not saying that I was inspired by his jeggins but I was inspired by the fact he was on a big, massive stage performing, ‘John’, featuring Rick Ross. In America they respect him because he has so many fans and has broken so many boundaries but I don’t think we’ve got that here, yet. When I was watching it I thought, how can you make a song saying, “Fo’ fo’ bulldog: my motherf@#king pet, I point it at you and tell that motherf@#ker fetch” – on telly! He was the main act, and I thought one day I wanna be on stage, as Skepta, at the Brits with Boy Better Know and perform some sick grime tune as the main act and smash it! I feel that boundary hasn’t been broken yet in the UK, so far.

What’s the most nervous you’ve ever been for a show?
I was in Barcelona, there was 10,000 people in the crowd. It was mad. I’d just arrived as well, they gave me the mic and told me I was on in one minute. I was sh@#ting myself! For me yeah, I really get butterflies when I go on stage, for the simple fact that I don’t know if the mic is working or not! When I go on the stage and shout, ‘Yo!’  and it is working, I’m cool after that.

Moving onto the summer and the rest of the year. What are you looking forward to that you’ve got coming up?
Well this summer I’m flying out to nearly every holiday island and performing. I wanna get my passport stamped up a lot there. Obviously I’m looking forward to ‘Make Peace not War’ coming out, performing it, touring it over the summer, coming back and releasing one more single off the album, ‘The Honeymoon’, which is out in September. That’s it for me man, I’m only looking at it like the next four months really.

Haha. Yeah it will be carnage.
Yeah! I’m gonna try and get a ticket for one of the shows just for nostalgia. But, I’ve lived in London for so long now I’m not really buzzed off it no more.

Finally, what’s your favourite film?
Can I pick three?

Go for it.
Taken… Butterfly Effect… And Scarface. They’re all so real, and if anyone else makes something like it, you always relate back to it. If any drug film comes out you relate it to Scarface, you know what I mean? Same with Taken, that kind of film where a guy goes out to find his daughter who has been kidnapped. And Butterfly Effect for me, I liked how they took a real life situation and put it into a film. A lot of people say, “Oh I wish I could go back in time and change this three years ago”. But if you go back and change something from three years ago, it changes your whole future and certain things you are happy for now, you wouldn’t have again. Everything happens for a reason, so that’s why I like Butterfly Effect.

Wicked. Well thanks for talking to us, all the best for summer and the rest of the year.
Thank you very much, much appreciated.