Damien O’Brien is one of the boy wonders in the modern magic world. He has dazzled celebrities around the globe, from Nelly to Peter Andre, Alexandra Burke to Ke$ha; performed at the Brit Awards, T4 on the Beach, Wireless Festival and the London 2012 Olympic Games! But how did it all start? He explains how he went from gigging in London’s south-east pubs, to where he is today… 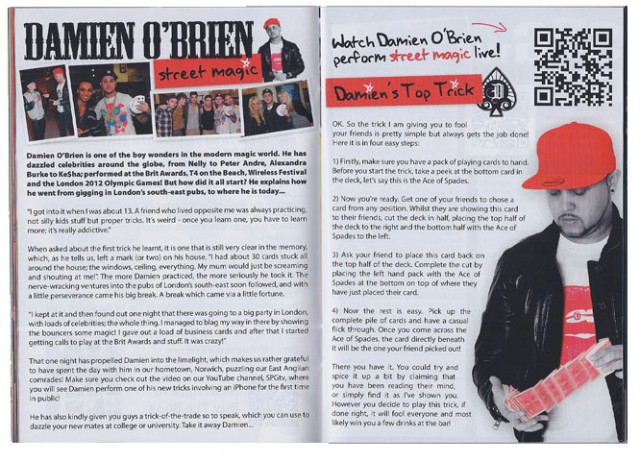 “I got into it when I was about 13. A friend who lived opposite me was always practicing, not silly kids stuff but proper tricks. It’s weird – once you learn one, you have to learn more; it’s really addictive.”

When asked about the first trick he learnt, it is one that is still very clear in the memory, which, as he tells us, left a mark (or two) on his house. “I had about 30 cards stuck all around the house; the windows, ceiling, everything. My mum would just be screaming and shouting at me!”. The more Damien practiced, the more seriously he took it. The nerve-wracking ventures into the pubs of London’s south-east soon followed, and with a little perseverance came his big break. A break which came via a little fortune.

“I kept at it and then found out one night that there was going to a big party in London, with loads of celebrities; the whole thing. I managed to blag my way in there by showing the bouncers some magic! I gave out a load of business cards and after that I started getting calls to play at the Brit Awards and stuff. It was crazy!”

That one night has propelled Damien into the limelight, which makes us rather grateful to have spent the day with him in our hometown, Norwich, puzzling our East Anglian comrades! Make sure you check out the video on our YouTube channel, SPGtv, where you will see Damien perform one of his new tricks involving an iPhone for the first time in public!

He has also kindly given you guys a trick-of-the-trade so to speak, which you can use to dazzle your new mates at college or university. Take it away Damien… 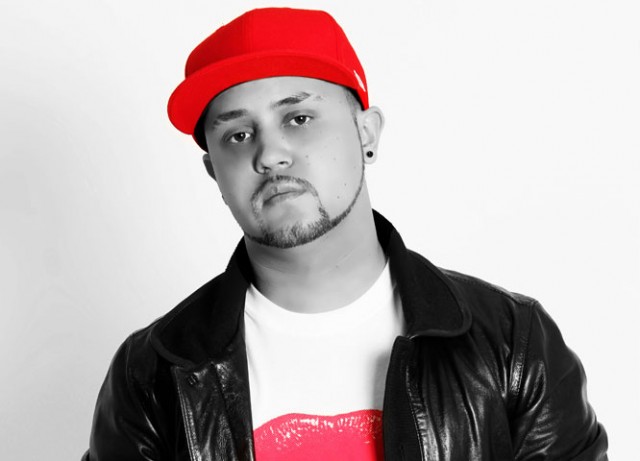 OK. So the trick I am giving you to fool your friends is pretty simple but always gets the job done! Here it is in four easy steps:

1) Firstly, make sure you have a pack of playing cards to hand. Before you start the trick, take a peek at the bottom card in the deck, let’s say this is the Ace of Spades.

2) Now you’re ready. Get one of your friends to chose a card from any position. Whilst they are showing this card to their friends, cut the deck in half, placing the top half of the deck to the right and the bottom half with the Ace of Spades to the left.

3) Ask your friend to place this card back on the top half of the deck. Complete the cut by placing the left hand pack with the Ace of Spades at the bottom on top of where they have just placed their card.

4) Now the rest is easy. Pick up the complete pile of cards and have a casual flick through. Once you come across the Ace of Spades, the card directly beneath it will be the one your friend picked out!

There you have it. You could try and spice it up a bit by claiming that you have been reading their mind, or simply find it as I’ve shown you. However you decide to play this trick, if done right, it will fool everyone and most likely win you a few drinks at the bar!

Click here to see what happened when SPGtv met Damien in Norwich!