S.P.Y is currently riding the wave of success that his debut album, ‘What The Future Holds’, has deservedly delivered. Defeating the common stereotype that Drum & Bass isn’t technically challenging, Carlos Lima has produced a critially acclaimed masterpiece of what the genre should be about. We caught up him whilst he was still very much buzzing about his acheivements.

Hi Carlos. How are you?
I’m great, thank you.

What have you been up to this week?
I’ve just been doing a lot of interviews, DJing, and trying to organise my studio again after finishing the album; trying to put everything together again and organise everything for the next album.

Are you still buzzing with the debut album just being released?
Yeah! Especially because I didn’t expect all the good feedback I had from the album, so yeah, I’m really buzzing! Just having all this good feedback from the crowds and the DJ’s as well. It’s a really, really good moment now. 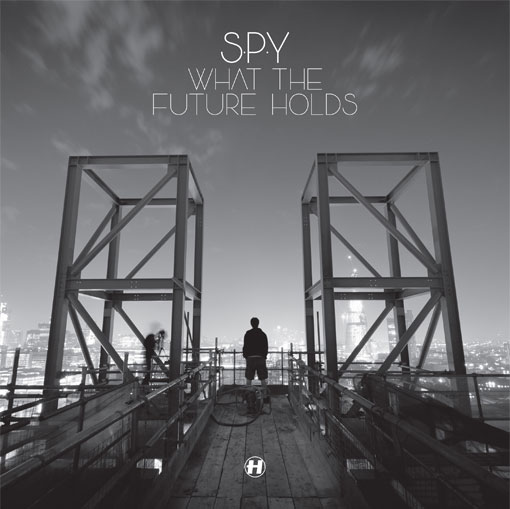 Did you find it more challenging making an album as opposed to an EP?
Oh yeah, it’s a different level of challenge, because an EP, four tracks, or when you do a single; it’s kind of easy because you just pick whatever you want. But with an album, you need to create a whole story. You’ve got to produce like a lot of different styles as well. So to combine everything to go well together was a big, big challenge, and because the tracks were quite different, and I wanted for all the tracks to sonically sound the same. So it’s techy, it’s deep, there’s darker tracks, but all the tracks need to sound like my tracks. That was a challenge, to make everything sound like, “Oh this is a S.P.Y. track.” That was a big challenge, to kind of create the whole set. I’ve learnt so much with that now, so I think for the next one, it won’t be as difficult but still present a big challenge.

Which is the track off the album that’s most important to you?
I think I put a lot of thought into producing the tracks. ‘Love Hurts’ and ‘What the Future Holds’, and I think ‘You’ as well. ‘You’ is a really important track because it took me a long time to put the whole track together. Those tracks mean a lot to me because when I produced them it was quite a difficult moment of my life. It was quite some time ago when I came up with the first ideas for the tracks.

You’ve played all over the world. Has there been any one city or country that has surprised you?
Oh, there’s so many places I went, man, all of them were such an experience. I think one of the places I never expected, and when I got there I was really well accepted, was Japan. Japan was one of those countries. But in general there’s always a really good reaction and people always treat me really well. But I was really, really surprised with Japan, and Russia too.

Who are your hot pick DJ’s at the minute who are new and up and coming?
There’s so many good people. There’s this guy from Bournemouth, his name is Krakota. He’s a really talented guy; he’s a good DJ and he’s coming out with some wicked tracks. I think if he keeps going the way he’s going, he’s going to be awesome.

I’ve been checking out your Twitter. You recently said that, “Girls with an Irish accent = win.”
It’s just the cutest accent. It kills me, haha! It’s super, super cute. It really does my head, it’s amazing, I like it.

Do you go all weak at the knees when you speak to Irish girls?
Haha, yeah! I went to Dublin and there were these girls at the airport, and I was looking like a stalker because I would look at them but not say anything. It was just how they were talking. It’s just so beautiful, it’s really cute, there’s something special about it.

One final question: As you may well know, the apocalypse is supposed to happen in December. If you were to have any last words, what would they be?
Ah man… I think, ‘Everything is gona be alright!’

I like that!
Yeah.. everything’s going to be alright.

WIN a signed 4 piece vinyl (CD included) of ‘What The Future Holds’!