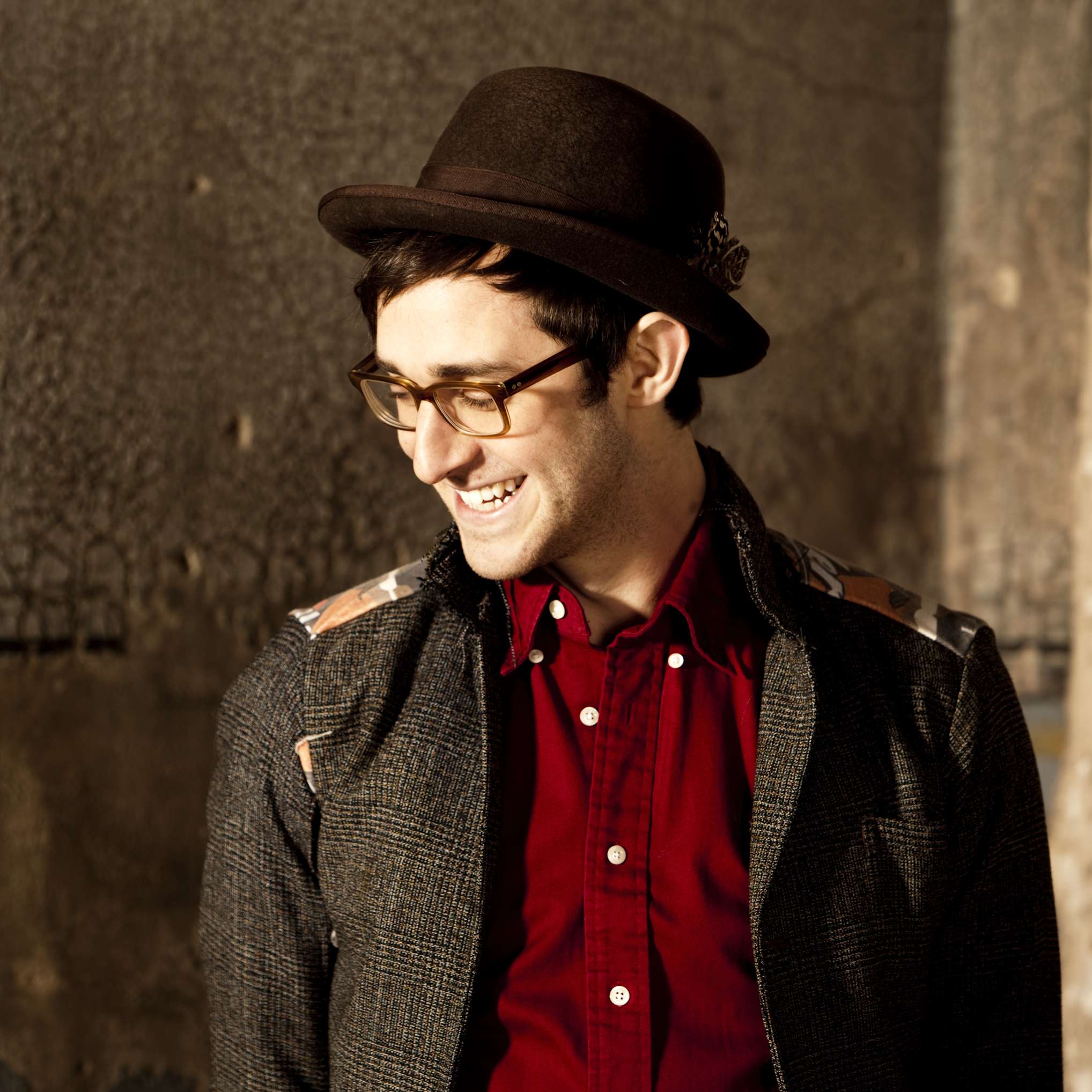 As grey clouds loom and many of us are wondering what has happened to the sun, Robbie Boyd is truly a welcome change. With his new ‘Painted Sky’ EP set for release at the start of July, full to the brim with feel-good tunes that are set to go down perfectly at this years festivals, we spoke to Robbie about the British summer, Holly Willoughby and mayonnaise overkill.

How are you Robbie? How’s your day been?

Are you enjoying the summer today? What’s the weather like where you are?
Umm, pretty good… Actually, it was raining a little bit. No, it’s not good at all. It’s overcast and grey.

You haven’t been enjoying the British summer today then?
No, sadly not. Don’t rub it in!

Your new EP ‘Painted Sky’ is out on 8th of July. Describe it to me in three words…
Um… upbeat, happy… no, not necessarily happy. I guess feel-good. I want to say feel-good pop, just because that’s the tagline that I’ve been saying quite a lot, but I want to get something new for you! What would you say?

It’s definitely upbeat, it’s got quite a good summer vibe!
We recorded eight tracks in December, so there’s kind of four more, and the other four are possibly almost more wintery tracks, which is why I held them back and went with these four. Maybe I’ll release the other four later on in the year.

The EP includes the new single ‘I Want You To Stay’, which definitely sounds like it’s going to go down well at the festivals.
Yeah, I think so. Whenever we play it live, even if people haven’t heard it before, they love it and they always dance to it, so that’s a really good one to have up our sleeves. ‘Before It Falls Apart’ is another one which is a good one to get people dancing along to. Same with ‘Alaska’ and ‘Red Queen’ really. I think that’s what I wanted to do with this EP really; show more about what we’re like live, with our high energy and getting people to dance. Hopefully that comes across.

I think it definitely does! On the subject of festivals, are you a big festival fan yourself?
Yeah I am. I used to go to lots before I started becoming a musician, and then we played at quite a lot of cool ones, like Bestival, Wilderness, Standon Calling, Get Loaded in the Park, Harvest at Jimmy’s, and we’re playing at Beautiful Days, Isle of Man Festival and some others this summer. I love festivals, and I think my band are definitely a festival band. I like to think that were an all-year, all-purpose band, but especially suitable for festivals. My dream in all of that is definitely main stage at Glastonbury!

What is your favourite festival as a punter?
Possibly… either… I don’t know, it’s difficult! Maybe Melt in Germany, or Sonar in Barcelona, or Exit in Serbia. Somewhere like that.

So you like to go abroad!
That was a long time ago! I haven’t done the abroad stuff for a while.

Are you a festival food fan?
Yes, definitely actually, I love it! Quite a lot of the festivals we’ve gone to, there’s been a big food presence. Like Harvest at Jimmy’s, which was a music and food festival. Food is my second favourite thing in life other than music. 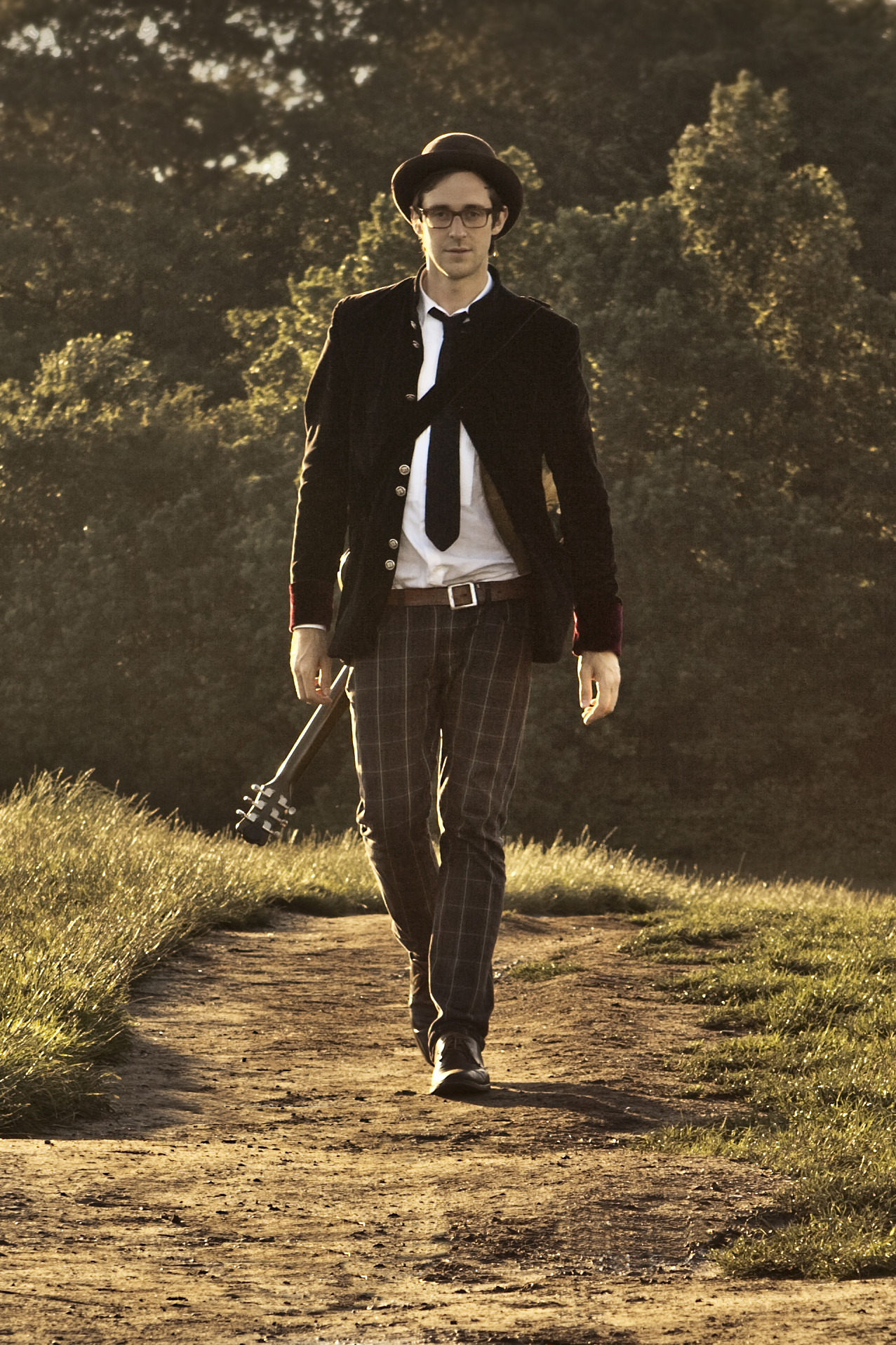 I’m going to quote your press release now; “Robbie Boyd shares the musical spirit of Paul Simon, Noah and the Whale and Vampire Weekend.” That’s quite a good mix isn’t it?
I guess so! I think that changes like almost every day. Obviously no band likes to compare themselves to anyone else or anything like that, but you obviously have influences, and it’s great to be linked to people like that. We’ve also been likened to Arcade Fire, King Charles, Edward Sharpe and people like that. I have a lot of different influences, and I guess that comes through in the music that we make.

I also saw that Dave Gorman said you deserve to “rub shoulders with Pulp & Elbow.”
Yeah, that’s pretty mental…! Funnily enough I met Guy Garvey from Elbow a few weeks ago while we were on tour in Manchester, and that was pretty cool!

Who did you prefer, Holly or Philip?
Definitely Holly, hands down!

So in your band, there are eight of you all together.
Yeah, there’s eight in total, but we do quite a flexible thing depending on the situation. Most of the time we’re five or six, but when we’re able to have the full band there’s eight of us.

Do you spend a lot of time together on tour?
We did a lot last year, and this year everything just been working up to this EP, but we’re planning a big tour in October. Already this year we’ve been to Germany and Italy on tour, and a little bit around the UK, and it’s been great. I love the guys, we get on well, and it’s a good little unit. A good family.

Who has the worst habits on tour?
Probably… Adam the keyboardist. He basically has to have mayonnaise on everything. What ever you put in front of him, he’ll put mayonnaise on it!

You can’t go wrong with a bit of mayonnaise though!
Yeah, but it’s a bit of overkill…!