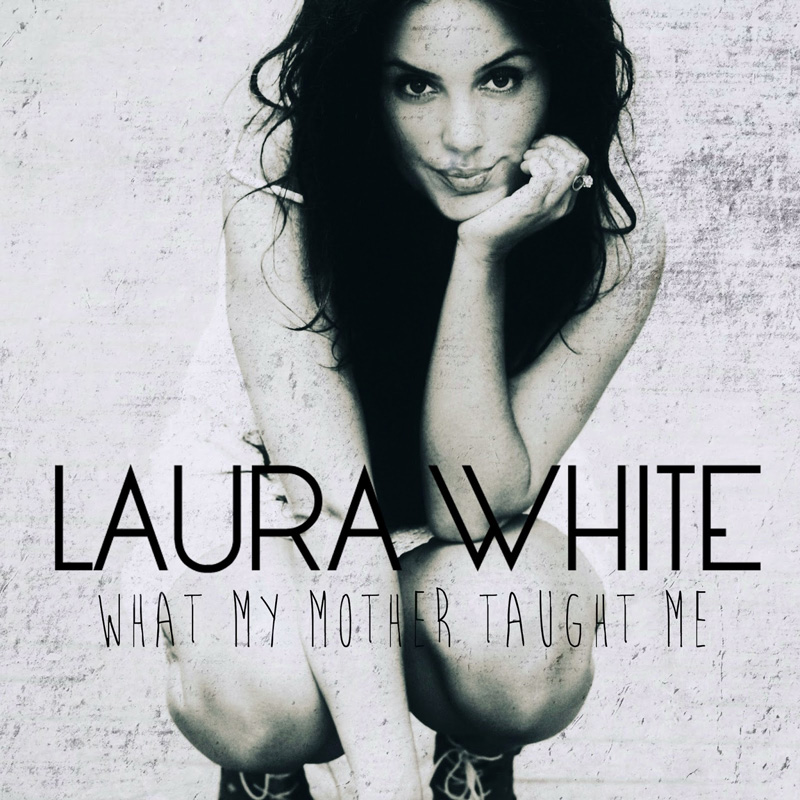 Laura White is a Bolton lass with a bold voice! The singer’s jazzy style won her a legion of fans on The X Factor, in 2008. Laura was voted off in 7th place, which led to a public outcry of support – even Parliament got in on the act! Stepping out of the limelight, Laura has been working away on her new EP and we’ve got all the goss…

Congratulations Laura, your new EP ‘What My Mother Taught Me’ was released a couple of days ago. How have people responded to the new material?
Aww…it’s been absolutely amazing! It went straight to the charts…number one on the singer-songwriter chart, which is just incredible. It was absolutely amazing when it first went in.

Oh my gosh! So a big pat on the back for you then! You’ve been out of the limelight for a while. Did you feel that was an important thing to do?
Definitely! I always write my own material so I just felt like I needed time to really develop as a writer and really create my sound…my sound was just everywhere and I didn’t really know what I wanted to do and what I wanted to write…so I needed that time. Even just a bit of time for myself to get my head back together, after doing so much in the limelight – it was a crazy time so I really wanted that time back!

Yeah, some time out to just have a cup of tea and a biscuit…
That’s it! (Laughs)

The lead single is called ‘Come On Josephine’. What’s the track all about?
‘Come On Josephine’ is about a girl who is constantly being chased by a guy that she likes but she can’t tell him because she’s scared of getting hurt. So, it’s sorta like the guy is always shouting ‘come on Josephine, I’m in love with ya.’

In keeping with songs beginning with ‘come on…’ is it as good as ‘Come on Eileen?’
Oh…uhh…do you know what? I love ‘Come On Eileen’ but I prefer ‘Come on Josephine’ (Laughs).

Come on Laura! Big yourself up! You mentioned the song ‘Jimi Hendrix’ which is about somebody you met and fell in love with. The track features the lyric ‘he plays like Jimi Hendrix.’ So what did this guy do to woo you? Did he just sit there playing guitar with his teeth?
Ah, I wish! It wasn’t that cool (laughs). His soul and his character and the person he was, really reminded me of Jimi Hendrix. He was kind of a musician as well. So, I think more than anything he just dressed and acted like Jimi Hendrix, which made me write that lyric.

And made you swoon…
(Laughs) Yeah!

When we listened to the track it felt very raw, as if we were entering your world. Do you find it intimidating being that stripped back?
No – it’s a funny thing, I think nowadays nearly every song in the charts is so heavily produced and I’m just not about that. If anything, I feel much more comfortable just me and a piano. I’ve played the piano for years and years, so it’s very much my instrument. I always feel most comfortable being stripped back like that.

Obviously we cannot have you on the blower without talking about The X Factor. Have you been watching this year’s show?
Ah…do you know what? I’m really bad, I should really watch it. I know who the judges are and I’ve seen the show…it’s a weird thing; because I’m so busy touring or recording it’s a difficult thing for me to watch at the weekend.  =This weekend I’m going to tweet who my favourite is, I’m gonna watch it this weekend… I’ll make an effort to watch it (Laughs).

Obviously now, it has more competition with shows like The Voice. If The Voice had been around when you applied for The X Factor, do you think you would have gone for that?
Umm…I mean I like The Voice and I’ve seen it! The Voice in a lot of ways is still quite similar to The X Factor; it’s still very much a TV show as well.  I’d still go for The X Factor, it an amazing platform and the biggest platform on TV – so I’d still have chosen to do that. I think it’s important to know the artist you are – I’ve always written my own material and I was a musician for years; I was in Mark Ronson’s band [Summer of Sam] and I’ve done so much work. I think as long as you maintain who you are, that will carry you everywhere that you go.

You’ve wrote songs for some of the biggest names in pop – Beyonce, Rita Ora and Nicki Minaj. Have you ever thought, “Actually, I’m going to keep that one for myself?”
Loads of times! To be honest, most of the times I write for other artists the songs have been for myself anyway. Obviously, publishers or labels get the songs and hear then and ask me if I’m willing to pass them on for other artists. Usually by that time, I’ve kind of grown out of the songs or I’ve developed much more as a writer with my own sound, so I pass them on! I find if I write specifically for another artist – ya know if I put my Beyonce hat on, it’s much more difficult to write.

You’re such a giver!
(Laughs) Ah thank you.

Can the fans expect a tour in the near future?
They can…my next gig is in London on November 18th, tickets are online now and it’s at The Social. Also, I’m gonna be doing a tour – I’m gonna be announcing dates very soon – I think we’re gonna be touring March 2014!

So everybody needs to keep their eyes peeled…
Yeah they can keep up to date with it all, on my website: laurawhiteoffic.com