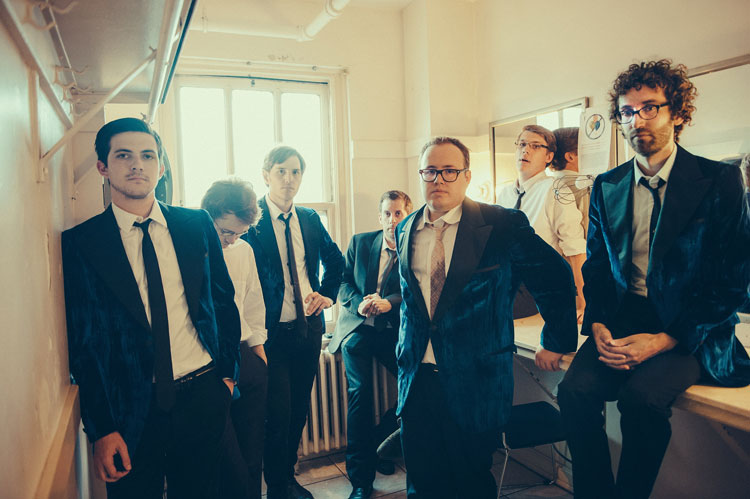 St. Paul & The Broken Bones call upon a bygone era of vintage soul. The band’s sound offers the perfect blend of bluesy grit and syrupy southern charm. However, the south can’t keep them forever! The band will be hitting the UK in May, so we caught up with front-man Paul [Janeway] to discuss his religious upbringing, heartbreak and the upcoming tour.

‘Half The City’ [the band’s debut album] is out in May. The album includes tracks from your EP ‘Live and In Person.’ Have these tracks been altered for the upcoming release? No – the EP does have two tracks from the album, but it is a digital release which means they can be bought separately.

The band share writing credits across the album. Did you experience any disputes on what to include on the record? Not really. We all get along really well, plus we only had a month to write all the song. There wasn’t a long to songs we could discard!

The majority of your songs appear to tackle issues of the heart. So ‘fess up, whose love life has proven most lucrative when creating songs? I think most of us have had our hearts broken a few times. I know that I got it one good time and it changed me. I’m thankful for it now because I am much happier in my life than I ever could have been, without that good heartbreak.

The band – especially you Paul – is renowned for its electric live performances. Is that something you’ve tried to capture on the record? Absolutely! We wanted to try our best to capture it. I think Ben Tanner [who produced the record and is a member of Alabama Shakes] did a great job of capturing the feel of the band, at the time the record was recorded. We recorded in live in the studio and did it all to tape.

You developed your vocal chops in church, and were trained to be a preacher until aged eighteen. So, what made you choose to pursue secular music? I think that I realised I loved performing, but didn’t want to perform in church. Secular music provides that creative outlet without being under the steeple of a church. I think if you are doing religious music, you should be religious…

The type of artist representing soul and blues is becoming increasingly diverse. However, have you experienced any obstacles due to your race? No, I haven’t faced any obstacles! We have fans from all sorts of ethnic and socioeconomic backgrounds. That is one of the reasons I love music, it can bring all sorts of people together – that is a beautiful thing.

You’re coming to the UK in May. What can we expect from your gigs? You can expect a lot of swearing and a lot of energy. We’re going to bring what we do here in Alabama to the UK!
St. Paul & The Broken Bones will release their debut album, ‘Half The City’, in the UK via Single Lock Records/ Thirty Tigers on 12th May 2014. Their nationwide UK tour starts May 21 at Oslo Bar, London.