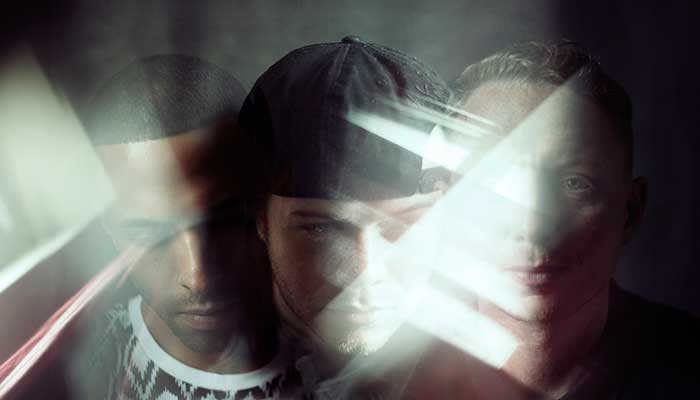 We caught up with Marvin Humes to discuss his new project, LuvBug. You will more than likely recognise Marvin’s name from his success with JLS but for the past 18 months he has teamed up with producers JKAY and White N3rd to bring their devilish hooks and beats to the Dance scene. Their new single ‘Resonance’ is out now.

Hi Marvin, congratulations on the release of Resonance! Why did you decide to call the song Resonance?
When we were talking about the track I just said I wanted to resonate with the song. Then we were all like “that’s a great name for a song” so it went from there.

Talay Riley lends his vocals to the track, when did you know that he was the one you wanted to feature on Resonance?
Talay is someone I’ve known for a long time and is one of my good friends, I just think his vocals are amazing and knew straight away that I wanted him to feature on the song.

LuvBug had a residency in Ibiza during the summer, do you have any funny stories you can share from your time in Ibiza?
This one isn’t from Ibiza but we were out one night and White N3rd had just got engaged so of course we were celebrating. To cut a long story short he got a bit happy on the Amaretto and let’s just say his night ended quite early.

Had one too many did he? I’m sure our readers can relate to that!
(Laughs) absolutely, it happens to the best of us.

The Dance/House music style has been really popular over the last year, why do you think that is?
People are a lot savvier about what they want to hear nowadays. They want to hear the coolest music and that’s why the charts are filled with Gorgon City, Clean Bandit, Route 94 and that type of music. The biggest number ones of the year have been those Dance, House and Drum & Bass records. It’s just a shift in music tastes I guess and people are really in tune with what they want to listen to. Radio stations really pay attention to that, it’s almost like the people are deciding the playlists.

LuvBug is made up of yourself, White N3rd and JKAY and you all knew each other for a long time as you had crossed paths in the music industry. When did you all decide it was time for LuvBug to be born?
It was about 18 months ago. When I knew JLS were coming to an end and I knew I wanted to stay in music but I didn’t want to be the singer any more. I have worked with JKAY since I was about 16, we grew up together in the same area and then I worked with White N3rd about three or four year ago on the JLS album. We all got on really well together and started working as a trio and LuvBug was born from there.

Who takes the credit for coming up with the name LuvBug? Or was it a joint decision?
I have got to admit, it was me so i’m taking the credit. There was a massive garage tune called ‘Love Bug’ by Ramsey and Fen a few years ago and it’s one of my favourite garage songs. I’d also made a garage mix tape a few months back called LuvBug and it’s a cool name with a cool vibe so we just stuck with it.

You only revealed your identities on your official website in July, why did you end up revealing yourselves you could have been like Daftpunk!
We could have been! I think because of where I’ve come from with JLS, it helped at the right point that everyone knew it was me and that it was my project. So far we feel like we made the right decision and that it was the right time.

Do you think your history with JLS has influenced people’s opinions of LuvBug in any way?
Naturally I think people will have a preconception, that’s why we didn’t reveal our identities for a while. I wanted the music to speak for itself and it did for a long time, even now people hear it on the radio and they still don’t know it’s me. For me it is about making music that is true to me and is music that I love to listen to and I hope everyone else enjoys it too.

MNEK remixed Resonance and he has been one to watch this year. Who else do you think is going to be a big success?
Ahh, there are so many people! Definitely Becky Hill, Karen Harding and Kaleem Taylor who features on a Tchami track called Promesses. There are so many more artists that I’m loving at the moment I could go on forever.

We read that you have about 40 songs finished, how are you going to decide what ones go on the album?
You do have a vibe for what the strongest songs are and we take advice from friends and family. We would love to think that every song we have done could make it on to the album and also be a single. Just look at Calvin Harris, he released like ten singles in a year and broke a world record or something. That’s the standard that we want to reach, for us the goal is that every track is good enough to be a single.

What is the one song that takes you back to your childhood?
I would say Kriss Kross- Jump, that was the first record I bought so is one I will always love.

We’ve watched the video to Resonance and we’ve come to the conclusion that you really cannot trust anyone whilst you are travelling! Where are your favourite places to go in the world?
The Maldives, Thailand, Vegas and Ibiza are the four places that I absolutely love.

Is that the definitive travel guide by Marvin Humes?
(Laughs) Yeah definitely!

What’s next for LuvBug?
More music! Resonance is doing really well and it’s the first track we’ve released. We can’t wait to get the second single out there which everyone will hopefully hear at the end of this month. We are just so happy that the first one done so well.

Thank you Marvin for having a chat with us! Good luck with the album!
No problem! Thanks for having me.

Resonance is out now and you can buy it on iTunes here.