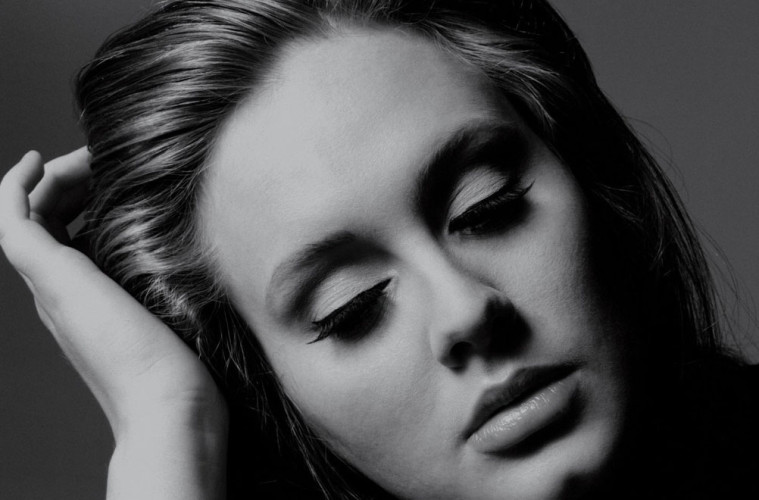 She’s kept her profile very much on the down-low and we have hardly heard or seen much of Adele since her last album, ’21’ was released in 2011, which was a huge hit and rightfully won her a Grammy Award for Album of the Year.

Recently, much to our excited, there’s been rumours flying around that the talented songstress is set to release a new album this year and you’ll be pleased to hear that it looks like there is some truth to all the hearsay.

During the ad breaks on Sunday nights episode of The X Factor, Adele premiered a snippet of one of the songs thought to be featured on her new album.

The advertisement eased simplicity and featured Adele singing lyrics from one of her new tracks. However, the talented singer wasn’t pictured in the ad and instead, viewers just saw the lyrics pop up on their screens, which read, ‘Hello. Its me. I was wondering after all these years if you’d like to meet to go over everything. They say times supposed to heal ya, but I aint done much healing.’

Check out the advertisement below!

Of course, naturally, fans went wild about the snippet on Twitter with one of our favourites being, ”Adele has that kind of music that makes you miss that person you made eye contact with on public transportation 7 years ago.” – Too right she does!

It has been reported that Adele’s album is set to drop on 20th November. November is usually a very popular time for new albums to be released, particularly as it is the lead up to Christmas, yet it appears that a number of artists are intimidated by Adele releasing a new album and have consequently decided to withhold from releasing theirs until a later date.

One things for sure… we can’t wait to hear her new material!