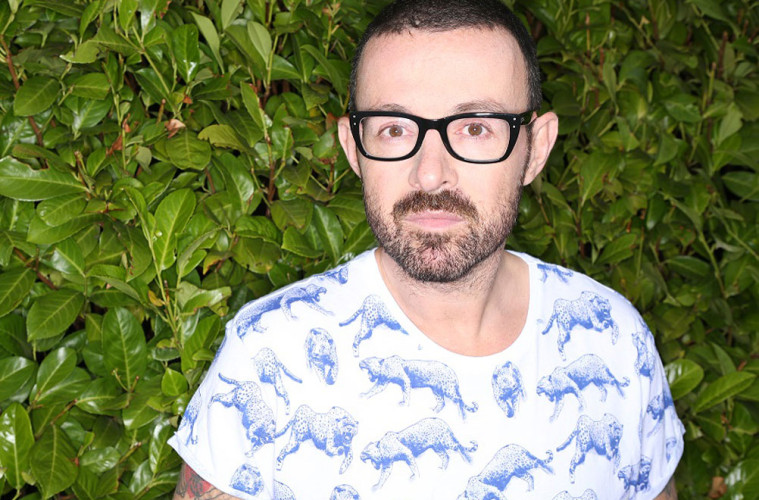 Judge Jules is not only one of the world’s best DJ’s to spin the decks, but did you know he has two degree’s too? Well, we caught up with the man himself and chatted everything from what he got up to in his years of study, to his thoughts on becoming a judge on the X Factor, and here is what he had to say…

Hi Jules! Did you enjoy your summer? What did you get up to?
Who wouldn’t enjoy summer? Now that we can see the days getting shorter, you look back on summer and think about those long nights. In my case, as a DJ, I played lots of festivals, went to various resorts, ate some fantastic food and hung out with some cool people. Sounds idyllic for the most part, albeit very tiring with so many gigs.

Now that the sun is over with, it’s back to Uni and College for students all over the country! We hear you have a degree in law? How was student life for you?
Well, I’ve actually got two degrees in law because these days I’m an entertainment/music lawyer during the day and a DJ at weekends. I got a degree in law at London School of Economics when I was 21 and then in order to re-qualify as a lawyer in my late 30s, I went back and did it again to the University of Law. First time round I was DJing a lot as a student and doing what students do, getting drunk and having a good time. I probably didn’t work as hard as I should as I got a 2:2. Second time round, when there was only myself to answer to and not parental expectation or the fact that most of my mates were at university, I did considerably better because I was paying for it and I was the only person I had to answer to. I was also doing it part time, so it was a very different student existence.

Not only that, but you studied whilst being a full time DJ, you must have been crazy busy! Did you find juggling them both hard?
When I did my first degree, DJing was my priority and being a student took a bit of a back-seat. Yes I graduated and yes I passed, but I certainly was not a very diligent student compared to how I was when I did my second one. Of course, it’s difficult juggling a full time career with being a student but its all about effective time management, ultimately.

Freshers’ week is obviously a huge part of the experience too, so have you got any funny stories from you first week?
So I do lots of Freshers’ events and I’ve already done a couple this summer. The one thing about having been a DJ for a long time is that at my gigs you see a very big cross section of ages because I’ve had a couple of generations of fans, if you like. At an average gig, you’ll probably see people aged from 18 to late 30’s and what’s most notable about Freshers’ events, obviously, is that it’s totally 18 year olds and some Freshers do look very very young. When I was 18 I definitely hadn’t fully grown and I think that applies to a lot of Freshers. So that’s the most stand out thing from behind the decks. Of course it’s a very important opportunity to sell yourself and your sound/what you do, to people who probably haven’t had a huge experience of going out to clubs.

And how would you go about devising your ultimate Freshers’ playlist to get a flat party going?
What my DJ sets are all about is creating my own bootleg and remix versions of tracks, thereby keeping the music familiar yet unique and bespoke. That is what a Freshers set would be all about.

As a student, would you say you’re more of a Jaeger bomb and a kebab kind-of-guy or, a packet of crisps and a pint?
What I did as a 20 year old student going out and getting wasted is not something that I’m going to go over in detail!

Moving aside from student life, if you didn’t get to become a world class DJ, do you think you’d have been an official judge in the courts?
I doubt I’d ever have gone on to become a judge because whilst most judges are former lawyers, what I do as a lawyer is very specialist. I deal with music, predominantly dance music, and that’s where my career exists. I certainly don’t aspire towards the judiciary, despite my name. As a judge you need quite a general knowledge of law, and I’m too buried in the entertainment side of things.

What about the outfit? Are you a fan or not? Those wigs they have to wear are pretty unique to say the least.
Well we all like a fancy dress party.

How do you think you’d get on as a judge on the X Factor? Would you fancy giving that a go?
No, in answer to that. I can’t stand X Factor, I appreciate that it’s compulsive Saturday night viewing for people both old and young, as both my wife and my daughter watch it compulsively, but I do anything other than switch on to X Factor. I find that whilst it has generated a small amount of huge stars, One Direction being the best example, I find its formulaic nature an insult to my intelligence.

Being a DJ, you’ve played an array of music, but what era has had the biggest influenced on your career?
I suppose acid house and the rave era of the late 80’s and early 90’s, when dance music went from being quite marginal and specialist music into dominating the charts and being the soundtrack of a generation. I don’t think that’s ever changed and it was the first era when dance music started to have a huge cultural impact.

And who would you say is your standout artist/DJ of the current generation?
I suppose it would have to be Carl Cox because he has not really had huge hit records yet, he has just been monstrously popular off the back of his DJ sets on account of his persona, stage presence and just being a very grounded.

How did you go about becoming a DJ? Was it a trial and error style in your Uni digs? Or was it something that you’ve always wanted to do?
I started by putting on my own parties in my local neighbourhood at a very large function room above a pub that turned a blind eye to the fact that most people were 15, 16, 17 but were spending money at the bar, which we all did because we were absolutely thrilled to get in somewhere that turned a blind eye to our ages.

And finally, if you had to do your studies again and you were only allowed to take three items to your halls, what would you take and why?
I would take would be a hard drive of tunes, a laptop and a pair of y fronts.

Thanks Jules! It has been a pleasure chatting to you and I wish you all the best, cheers!