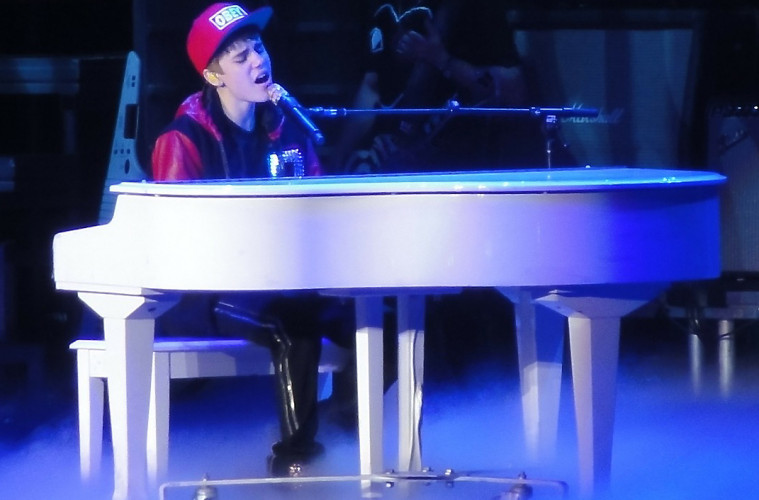 Why Justin Bieber Songs Are Bad For Your Health

Okay, perhaps the title of this article is a little misleading, but hear me out.

Don’t you hate it when you hear a song during the day and, for what seems like the next thousand hours, no matter how hard you try, you can’t get it out of your head? Annoying is an understatement. How about at night time when you’ve just switched the lights off, got yourself into your comfy bed after a long, tiring day of Netflix and takeaways, and you try to switch off your mind to get to sleep… but you’ve got the same song in your head on repeat, eating away at your precious beauty sleep? As a huge lover of sleep, I can’t put into words my hatred of losing sleep due to the incessant recurring beat that keeps going over, and over, and over in my head. And who do I blame? The music industry.

Perhaps I’m being cynical, or maybe I’m just looking for something to blame, but I think my accusation is valid. The modern music industry seems to be churning out song after song and, maybe it’s just me, but they kinda sound the same. Of course, the age-old structure of verse-chorus-verse-chorus-bridge-chorus may be a tried and tested formula for success, but that surely doesn’t excuse the fact that songs should sound the same nowadays, does it? But that seems to be the case these days. Take a look at the charts in recent weeks – I can hardly tell the difference between a Sigma or a Rudimental track, or a Jason DeRulo or Chris Brown track. And if you disregard the gender of the vocalists, Fleur East’s Sax and Mark Ronson’s Uptown Funk sound remarkably similar.

I need to clarify that I don’t necessarily dislike the music made by these artists. I’m actually a bit of a pop-lover, to the dismay of several music aficionados that I know. However, they do sound samey, and they do seem to be getting catchier and catchier, and they definitely do tend to stick in my head for hours upon end. And who is currently bossing the charts? No other than Justin Bieber.

To be fair to the lad, he’s not done too badly. A few years ago he had a lot of bad press, getting in scraps with the paparazzi, turning up late for concerts, drink driving, taking a ridiculous smiling mugshot, being involved in a feud with Anne Frank… I could go on. He was hated by everyone who was a non-belieber, yet look at him now. I was listening to the Greg James chart show on Radio 1 the other day and he said that Bieber’s entire new album is in the singles chart (he then joked about showing off that fact to your mates in the pub later. I obliged.). Four of his tracks are in the top 20!!

I always ridiculed my girlfriend for being a Justin Bieber fan, but I saw a tweet that was retweeted no less than 16,500 times which read ‘Justin Bieber needs to stop dropping banger after banger cos now i’m a belieber’, which opened my eyes to the new wave of ‘Bieber Fever.’ Next thing I knew, much to the delight and smugness of my girlfriend, I was downloading his new album. And his songs are actually really catchy. You can’t deny it, he’s doing a fantastic job at being a popstar – he’s getting all the press, churning out some bangers, collaborating with some huge names in the music industry and, somehow, converting more Beliebers (disclaimer: I am not admitting to being a Belieber). And, as such, his songs keep getting stuck in my head. And it’s causing me to lose sleep. And losing sleep is not good for your health. Therefore, Justin Bieber is bad for your health.

Now excuse me whilst I play ‘Love Yourself’ one more time.