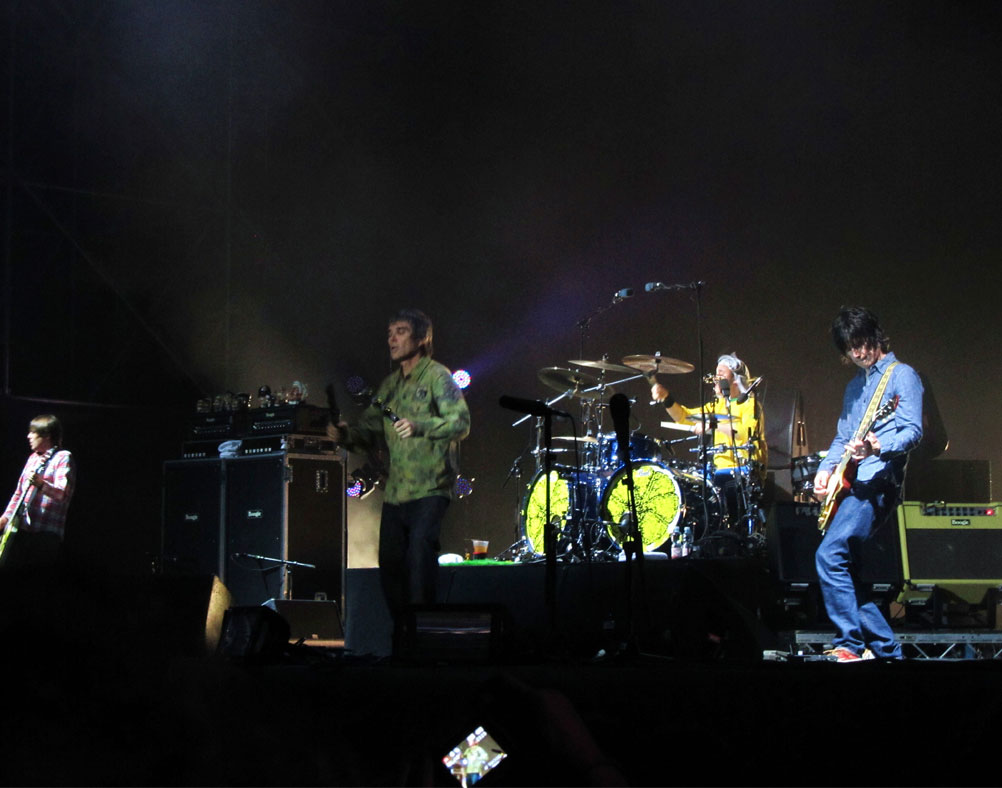 The Sweet Smell Of Roses

What’s with all the lemons?

I am in fact speaking of the dozens of mysterious lemon posters pasted in and around some of Manchester’s most popular establishments, last week.

These strategic lemony mysteries stirred up an incredible online ruckus and whipped up a frenzy of speculation in the local Manchester communities. Crazy phrases like “the third coming” and “resurrection” were being flung around and unfathomable wonderings of Ian Brown’s whereabouts were getting out of hand.

This yellow fruit is an iconic symbol representing “Madchester” 90’s band, The Stone Roses (if you didn’t already know). Yearlong rumours depicted dreamlike images of Ian, John, Rennie and Mani back in the studio, writing something marvellous. But, really, who knew anything?

According to last weeks Manchester Evening News, shopkeepers were “sworn to secrecy” for at least 24 hours before BAM! The Stone Roses announced two headline arena dates at hometown Manchester Etihad Stadium and a lovely headline slot at Scotland’s biggest summer festival, T in The Park.

If we think about it, The Stone Roses couldn’t have chosen a better time to announce their “resurrection”. The cult hit, This Is England aired its most recent series, This Is England ’90, on Channel 4 this past month – which, by the way, was a complete triumph. Ian Brown has made appearances on the show after its first series, ’86, was aired in 2010 as a follow-up of Shane Meadows’ harrowing hit film. The coming of that third series thrust a sea of nostalgia over the UK, providing a wave of 90’s fever perfectly set for the Roses to surf in and reclaim their limelight.

And that they did. The Willy Wonka type craze prized ticket-winners with what seemed to be a rare chance to experience the band again while their ageing bones could still hack it. The tickets may as well have been golden though, selling at around £70 each. Incredible numbers of youthful revellers splashed the cash without a second glance, despite totals being a large chunk of a students’ generic fortnightly budget.
Thousands of fans were left heartbroken, though, after both Friday 17th and Saturday 18th of June 2016 at the Etihad sold out in under an hour.

A short while later came an announcement of a third date at the Etihad stadium, on Sunday the 19th of June. Due to further demand, yet another date was added, giving super fans one last chance to see their heroes live on Wednesday the 15th of June.

Whilst speculation and rumours become reality, what remains uncertain is whether a Third Coming album is actually on the way. Will the lads withhold new material until live shows? Will they feed us with singles to keep us enticed? Who knows. Maybe they just fancied another dance about stage…lets just hope they don’t put their backs out in the process. Its all very exciting. There’s no curtains closing the roses legacy. So it would seem.