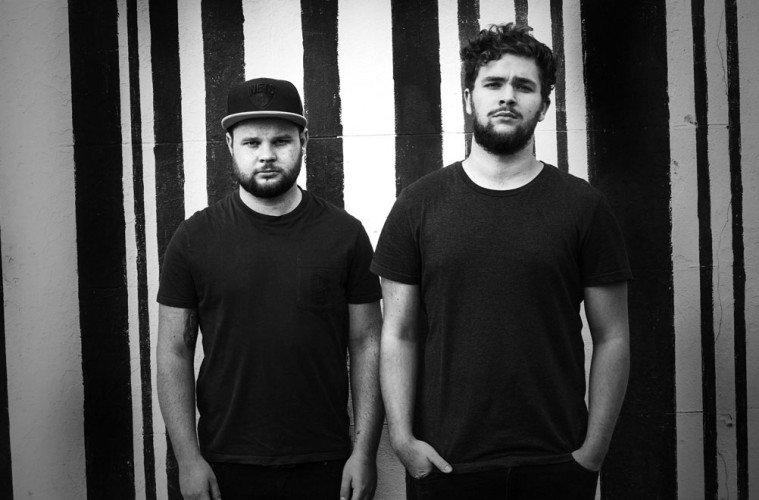 Forming only two years ago in England’s sunny seaside of Brighton, Royal Blood are about to rumble the world of Rock once again. From laying down their mark at the Brit awards, to trotting the globe over in the USA, singer and bassist Mark Kerr took five minutes out of his busy schedule to chat to us at SPG about their awesome videos, award celebrations and upcoming albums, and here is what he had to say…

So, firstly, the name Royal Blood, how did this come about?

I’m afraid we’ll probably disappoint you here – no great tale of how we came to settle on Royal Blood, we just put the two words together and it sounded good, it sounded right.

Cool! You debuted your first album last year and the record smashed it! It was the fastest selling UK Rock album in three years, this must have felt fantastic! How did you celebrate?

It was madness. The week it was released we played two instores in London, in between going to France to film a TV show, but we had a little gathering to celebrate, nothing too wild.

Sounds wicked. The album has some seriously strong visuals too, but what was the inspiration behind the cover image?

This was an original piece of artwork by Dan Hillier – so nothing bespoke for the record itself. We’d seen some of his work before and much like our band name, once we saw the image, it felt right. We love it.

It does work so well! Our favourite songs have to be ‘Figure it out’ and ‘Out of the Black’, these are serious anthems! Which song is your two’s all time favourite to perform?

Both! Ben’s is probably ‘Out of the Black’, that’s morphed itself into a monster at the end of our live shows. I love performing both; ‘Figure It Out’ was one of the first songs we recorded so that’s always a special one to play.

Not only are the songs amazing but the videos are just something else too. My mind was literally blown by the ‘Out of the Black’ visuals! How did that bunny and those mascots learn to be so violent?

I still have nightmares about them to this day. We’ve been fortunate to work with some amazing people, when we saw this video treatment we were blown away and it couldn’t have turned out better. It’s even better than it was on paper.

Luckily the garage guy saved the day and had his chocolate too, do you think you’d be able to fend off any fiends if they tried to snatch your favourite snack?

Haha – well whoever is first to the rider is usually the strongest in our crew.

Haha, brilliant! Moving away from the videos, you guys not only performed at the Brits earlier in the year, but you won an award for Best British Group. Has this been your best musical achievement to date? If not, what has been?

It was an honour to receive the award, we’ve had personal highlights over the past year – Glastonbury was a real moment.

Wow, Glasto is huge too. Being only formed back in 2013 in Brighton, you have shot into the big time so quickly! Just two years in and people are going crazy for you! Does it feel strange to be instant superstars?

It’s strange how fast things move. I wouldn’t say we’re superstars in the slightest, we’re just doing what we do, play live, record – there’s been some wow moments, but you’ve got to just keep your head down and get on with it.

Obviously Brighton is always going to be close to you both, so what is your best-loved thing about the seaside resort? Fish and chips on the beach are always a favourite for us.

Ah! Sounds like a great laugh. Is it true Mike, that after a nine month gallivant in Australia, you met Ben in the airport to arrange rehearsal for a next day performance at a local bar in Brighton?

I asked Ben to pick me up from the airport and as soon as I got in the car said ‘we should do this’. We had our first rehearsal the next day and our first gig the day after! I think in my head I really wanted to try this thing with Ben.

That is awesome. Music has taken you both all over the globe but what would be your dream destination to play a set?

Tough one. I’ll have to have a think about that, somewhere unique, uniquely bizarre.

And if it wasn’t for making it big time in a band, what industry would you both be working in?

Well I was a chef beforehand, so maybe continued with that. Ben, I’m not so sure.

Cooking is always a good skill to have! What key bit of advice would you give to any student aspiring to achieve their goals?

Keep at it, cliché advice I’m sure – but so long as you’re enjoying what you’re doing then don’t give up on what you aspire to do.

Briliant! Is there another album in the pipeline for the near future? We can’t wait to bless our ears with some more sounds from Royal Blood!

The very first ideas are formulating – hopefully it won’t be too long until we get into the studio and start getting some of them down.

Thanks very much for your time!

If you’re a massive fan of Royal Blood like we are, it’s well worth taking a look at this awesome track on our YouTube Channel called ‘Take What You Need’ by Sun Arcana.