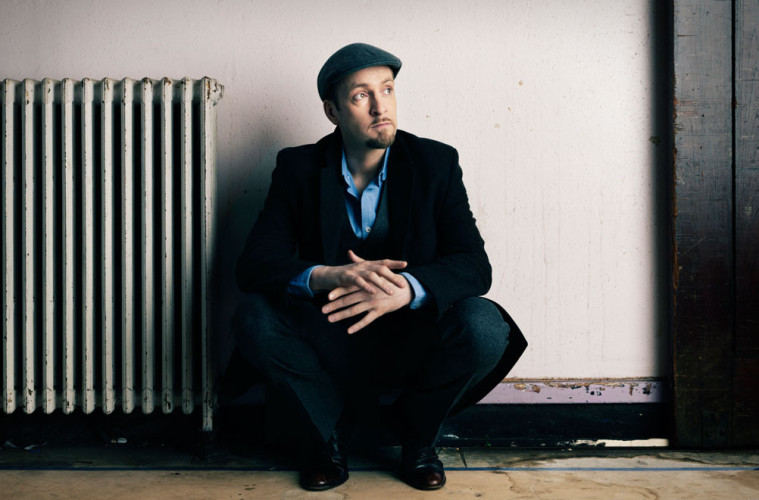 He’s a world renowned illusionist who never fails to amaze us with his astonishing tricks… We caught up with Derren Brown to chat about his upcoming show, sceptics and whether or not he employs his techniques in real life.

From November 11th 2015 to January 16th 2016, you’re performing your latest show ‘Derren
Brown: Miracle’ at the West End Stage at the Palace Theatre in London. Can you give us an idea
of what audiences can expect? How does this show differ from your previous ones?

Well I ask audiences every night to keep the show a secret, so of course I have to do the same. If people have seen
any of the previous shows they’ll understand the basic idea: it’s all based on random audience-participation
(people are chosen by a frisbee thrown around the auditorium). This show is bolder and madder than previous ones: in each, I’ve tried to challenge myself more and this one really goes out on a limb.

Two of your shows, ‘Something Wicked This Way Comes’ and ‘Svengali’ have won Oliver Awards, and ‘Infamous’ was universally acclaimed by critics and audiences alike. How do you come up with new ideas for your shows and are you always confident they’re going to work?

Thanks. My one or two fellow writers and I sit and talk ideas for a month and try to get a basic shape for the show. This one, more than previous shows, has been born out of what I find important: I’m writing a book on happiness at the moment and wanted some of that philosophy to feed into the production. Then we spend
another month in a rehearsal room getting it on its feet and devising the show itself. However, given that it’s based on audience participation, and for certain parts demands a whole audience to be present, there’s no way of really knowing how well it will work until the first night of previews.

So that first week happens in a slightly smaller theatre (though still around a thousand people) and we change a lot every night. I’m normally confident the pieces will work in terms of the tricks being successful enough to warrant doing them, however the trickier parts revolve around more theatrical issues like pacing, light and shade.

The second half of this show is where the madness really lies, and I had no idea if it would work at all. It felt like
it was asking a lot of the audience, and could have easily fallen flat on its theatrical arse that  first night. It
did work, but it took a lot of honing to get it just right.

As always with the sort of work you do, there are some sceptics out there who believe stooges are used in your shows. What would you say to them?

Ha – I’m used to it, and of course people can think what they like. The show is clearly based on random selection, so if those people want to think that everyone in the theatre is a stooge apart from them, then good luck to them.
Stooges are a lazy and artistically repugnant option; meanwhile there are always far more interesting possibilities
for achieving effects, and it’s these that constitute my craft, for whatever it’s worth.

You’ve always been very open and honest about the fact you’re not psychic and you’ve said in a previous interview that it’s a idifficult line between performing magic, but also being honest at the same time. Do you think that people almost wish that you were psychic sometimes?

I still get people insisting I’m psychic and just not admitting it. Some say I’m in a league with the devil, others that I have a supernatural gift, others that it’s all a question of stooges. But these are reactions at the extreme
ends of the bell-curve, and you can only really take responsibility for the way most people react in the middle
swell of that range. Meanwhile that line between truth and dishonesty remains interesting, and depends so
much on context: the licence one has on stage under a proscenium arch might be quite different from on TV.

Ultimately, I  find it interesting to use the illusions to communicate something honest and worthwhile,
and that is what ‘Miracle’ is about, more than previous shows. As long as people understand that they’re
watching a form of entertainment rooted in magic, then I think that licence is clear. A psychic medium,
for example, may insert something in the small-print of his/her publicity about it being entertainment, but the
contract is undoubtedly very different: they are claiming disingenuously to offer something real and helpful.
And that’s a quite separate moral area.

Do you  find some people are more receptive to your techniques and easier to ‘read’ than
others?
Certainly. A lot of the time I look for responsive people, but as I have to rely on randomly chosen
people for the stage show I don’t usually have much of a choice. So I have to change what I’m doing to
fit whomever comes up. Often, a person who is determined to catch me out will actually be easier to second-
guess.

Do your techniques work with written language? Can you tell anything about me from the way
I’ve worded my questions?!
You’re bright, creative, attractive, and responsive to  flattery.

Ha! I can tell you that the ‘responsive to  flattery’ part is most definitely correct! So, obviously you
use your techniques during your live shows and for your TV programmes, but do you ever use
them in everyday, real life situations?!

No, quite the opposite. I’m quite shy in real life, and the idea of being that controlling  figure in
everyday situations is horrible. I’d be unbearable. So it’s not really something I think about. I imagine I’d be
more helpful to a friend in mental distress than many people tend to be, so it has its advantages, but I don’t
try to wangle upgrades or seduce people. I  find being nice usually much more eeffective than employing
esoteric subliminal techniques.

On one of your television shows, you did an experiment called ‘The Secret of Luck’, whereby people who lived in a small town believed that their village had a ‘lucky’ statue. If they touched it, they thought good things would happen to them, when the statue wasn’t in fact lucky at all. Do you believe that a lot of what happens in our lives is to do with our thoughts and our mindset?

Totally. We tell ourselves stories all the time – about who we are, what defines us, and so on. We think we’re
defined by a past, but our past is just a story we tell ourselves in the present. So it’s that story that helps
or restricts us, not what happened to us years ago. Having said that, we’re fed a lie that we can be anything we
want to be, or achieve anything we like, if we just believe in ourselves. That’s a deeply unhelpful message,
and tends to leave people feeling like failures when things don’t work out.

The key is to realise that you’re only in control of your thoughts and your actions, and that’s where our
problems come from. Everything else – what other people do or think, for example, we can let go of
and stop trying to control. Those are not things that we do control, so to try to do so is a recipe for needless
frustration.

On another one of your television shows, you demonstrated how ‘The Barnum Effect’ worked, which involved giving participants a set of the same statements, but they all believed they were very accurate about them as individuals. Can you explain a little bit about how this works and why it is we fall for things like this, and other similar concepts, such as horoscopes?

We’re pattern- finding creatures. We deal badly with randomness, and like to form narratives and patterns
that make more sense to us. Hence we always look for meaning and try to join up dots where there are none. You can read someone any horoscope from the newspaper (pretending it’s theirs) and they’ll usually say it applies to them. On top of that, the vast majority of us suffer from similar insecurities, and we’re all very good at paying attention to things that confirm what we believe and ignoring other things that don’t match.

So a psychic can mention several things and we’ll edit out anything that isn’t true, or doesn’t become true as predicted. Meanwhile anything vaguely relevant seems to be a miracle. Put all that together and it’s no surprise that with a bit of showmanship and a knack for making statements sound more specific than they are, a person can sit you down and seemingly know intimate things about you and your life. It’s the second oldest profession in the world and we’re still falling for it.

Many thanks for answering our questions Derren and I hope your shows are going well!