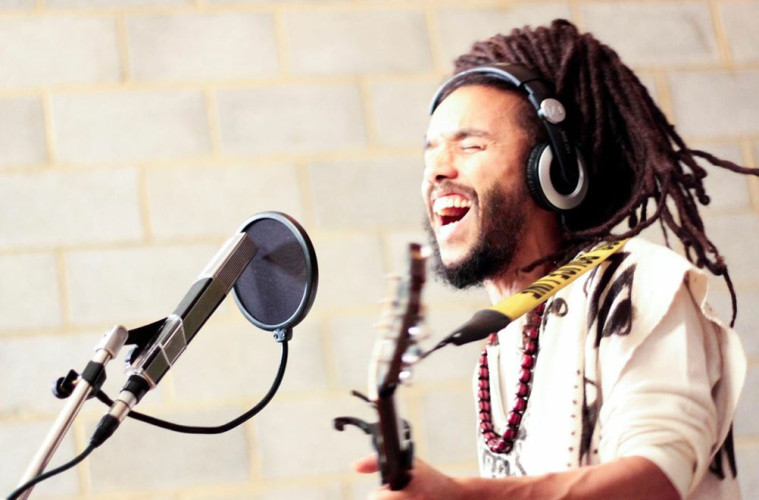 Natty’s iconised alternative reggae sound has capsulated the essence of summer for years and with his refreshing new album‘Release the fear’, we’re sure he’ll do it again. So on the back of the new release, he took some time to chat to us at The SPG and here is what was said…

What inspired the new album: ‘Release the fear’?

Release the Fear is pretty Ronseal- it does what is says on the tin. Lol. Releasing one’s fears (instead of fighting them), lessons I learnt whilst travelling, making music independent to a major label, creating dreams and not being scared to give them everything you’ve got… and not being scared to acknowledge that there is always more to learn.

What is the main influence for your music?

The world around me. Whether it be ecology or stewardship of Earth… like the track Gaia, or global /social issues and of course love, whether its between people, self or the life around us.

You’ve mentioned countless times on social media, that you’re doing this to make your mother proud, what does she think of your music?

Countless? Haha maybe just a couple… lately ;). I think its important we remember wher we come from and that we try and make our parents and ancestors proud. My mothers has a huge amount of faith in my music, and without her guidance and protection I wouldn’t be the man I am today. Also she definitely gave me my musical talents haha. Give thanks she loves my music and always has her spot near he front when I play London shows.

Being born and raised in London, where’s your favourite place to go there?

I like the parks, especially with a hill, like primrose hill, Alexandra palace,Finsbury Park etc, so I can see views of the city. I never got into the rat race, so sit on a hill and look over it is my favourite place.

Who is your biggest musical idol?

Honestly I don’t have one, but if I had to choose one I would say H.I.M Hale Selassie, his mere presence on this planet has inspired a large portion of a lot of my favourite singers.

You’ve appeared on shows such as Jools Holland, but what has been the most memorable moment of your career?

There’s been a few- Jools Holland was pretty memorable, when I first got signed, my first few major festival. But also, the more intimate moments for example we did my candle lit tour last year and fans hosted the gigs in their spaces- beaches, fields, gardens, there were a few moments on a windy beach or in a wood where the vibe and the people made it memorable. Touring in Africa and Japan was pretty inspiring, just seeing how music touches people from all over the world.

You first entered the music industry making tea at a recording studio, if you had any advice for young people starting out what would it be?

Internships are a pretty useful. Go to every gig you can, watch live music, meet other musicians, get inspired by life itself. Listen to lots of music, open your mind, practise your craft, give thanks and play from the heart. For those who aren’t singing or playing but just want to get into the industry side of things, there are lectures and panels that have good panelists too- some are free.

You’re a trustee and patron of the Erase Foundation, The Winchester Project and the Gambia Wellness project. What inspires your avid charity work?

The injustice of poverty, and the oppression of the poor for the benefit of the wealthy. The desecration of Africa’s people and natural resources, also how big businesses treat this planet hurts me. The projects I work with are really about empowering people to implement change for themselves, their community and environment. We all have within us the power to bring about a better world, and we all deserve that world.

Your UK tour dates have been released for spring 2016, what are you most looking forward to about it?

Connecting with the people again, its been a while, also I am eager to see what the people think of the new album.

What is next for you, Natty?

Check out Natty on tour below: