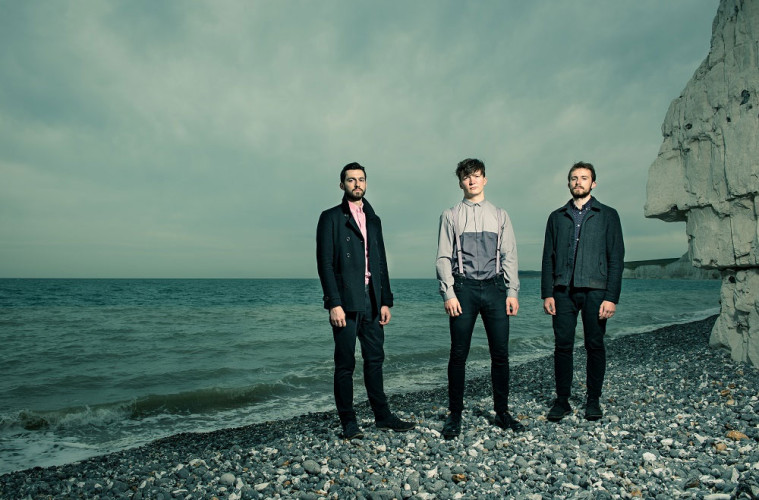 We spoke with In Dynamics frontman Beau Boulden, this is a band who if you haven’t already listened to you really need to.

Hello! How are you?

So what made you want to be in a band?

Well that’s going far back now actually, urr, we’ve all kind of been brought up in musical families, I started playing guitar when I was 10 and I think the other guys did as well and yeah we all just met at school and started to jam, we all liked similar music and obviously got along really well so it kind of just went from there really and we’ve never really wanted to pursue anything else as a career.

You said you all liked the same sort of music, what did you listen to growing up?

I know everyone says it but basically everything really, when I started listening to guitar driven music it was like Queen, Led Zeppelin, and all the old classic rock bands. My parents introduced me to all genres. I listen to a lot of soul music, motown and I know the guys like a lot of heavy music as well but literally everything. I think it’s good not to have a narrow mind anyway.

You just released your single Existence Precedes Essence, I’ve been practicing saying that, what’s the meaning behind the song?

*Laughs* yeah it’s a bit of a mouthful. It’s just about not worrying about everything, it sounds a bit bland but in day to day life everyone seems to kind of think about everything too much and it’s more just living in the present and not letting everyday worries kind of get you down.

When I listened to it, I thought it sounded quite a bit like Lower Than Atlantis, are they an influence at all on your music?

We listen to a few of their tracks yeah, I haven’t got any of their albums but their singles that they’ve put out have been really good and I can actually see that you’ve drawn that comparison actually especially with that track, it’s one of the more poppy songs off the record so yeah I can see that actually.

Your first album Everything I see is released on the 18th July, how long did it take to record?

We recorded it last July so we did that with Chris Coulter, the producer we did both of our previous EPs releases with. He’s an amazing engineer and producer, so yeah we recorded that just out of London last year and yeah just been doing final tweaks and masters and stuff since then but it’s all ready to go now.

Is it frustrating just wanting to get it put out and having to wait?

Now we’ve got release dates it’s a bit more settling but yeah before hand, just kind of sitting on it was a bit frustrating yeah but we are just really excited now, can’t wait for everyone to hear it really.

How would you describe the album in 3 words/3 phrases?

Well it’s kind of a combination of everything we’ve done creatively for the past year, it’s got a mixture of the last 2 EPs, just everything blended into one and a kind of poppier side and the live aspect of our sound as well. We just think it’s our biggest musical achievement to date and we are just really proud of all the tracks.

That was a little more than 3 words, but it is a hard one.

*Laughs* Sorry, umm. Biggest musical achievement, a combination of every musical output of the last year and I don’t know, you can think of a 3rd one.

What helps you with the writing process?

Everyday life, just experience, I don’t know, I kind of come up with the idea of the song wherever I am and the skeleton of it. Then we just take it and make it into a dynamic song. It was just kind of written in a room. It was good because we had quite a long time to work on the songs. Some of them we have 3 or 4 different versions and drafts so it wasn’t like we just wrote it and went straight to a studio to record it, we had the songs for quite a while before hand. So when we went to record we had all the songs how we wanted them to be. Then obviously Chris had an outside perspective and a fresh ear to the track so in pre production he massively helped with that as well.

We just started working with Joe at Tone Management so that’s a massive thing for us and we are really stoked to be working with those guys, we’ve got a great team behind us. Jamie at Wall Of Sound as well. Gig wise there are loads of bands we’d love to play with, Biffy Clyro, Lower Than Atlantis, loads of bands I could name about 50 right now, we’ve got a few things pencilled in over the summer and in September, nothings confirmed yet but it’s all looking quite exciting.

I’ll keep my eye out then, you’re going on tour in June/July, what are you going to do on these dates to make the crowd want to come back?

I don’t know, rehearse before hand, make sure we can play, the live side of things have always been a massive deal for us, I like to think we take it really seriously, we rehearse a lot prior, we don’t drink before, because our sound is quite polished and really defined it’s not the kind of thing that works if it’s sloppy or out of time. We always pride ourselves on our live sound especially as there’s just 3 of us so we try and make it sound as big and as full as possible with harmonies and backing vocals, we don’t actually have any backing tracks so it’s all live, just 3 guys on stage. We are currently in the process of printing merch and stuff like that so it’s going to be special, so hopefully people will grab that if they come along as well.

What do you hope will come out of the next few years for you?

Well, hopefully this album will put us properly on the map, our last 2 releases we have had a really good response from the press and critics. We just want to expand our fan base as much as possible and get our music out to as many people as we can and just do it the organic way. We want to branch out and play in Europe as well, there’s a few people that want us to go play in Germany and other places. We are always writing as well, even though we haven’t released this album yet, it’s always good to be one step ahead so we just want to keep writing music we believe in and hopefully it’ll take us to where we feel we deserve to be.

Well hopefully because you definitely deserve it, and last question, you’d say your music is for fans of…