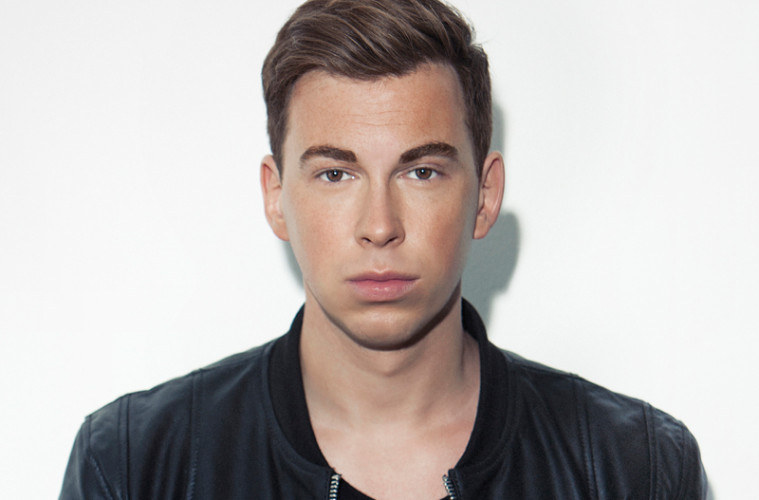 We spoke with DJ, producer and record label owner Hardwell prior to his performance at Creamfields on Sunday 28th August.

What made you want to start DJing?

I followed DJ’s like Tiësto, Armin van Buuren and Ferry Corsten and, like many of my friends, we loved the music and from there our passion for the scene grew. It was natural progression to start djing.

How did you get yourself to where you are now?

Through a lot of hard work. It’s not been an overnight success story but one that has taken years to work at and slowly hone my skills. The journey has been amazing though, it’s made me a better DJ and a better producer.

What were you doing before you broke through?

I was really young when I sort of first broke through so school was still a big part of my life then, but this was only in my home country. After I completed my studies I then was able to focus on the international scene and grow my profile more.

What was the first big show you played? How was it?

Haha, well technically my very first ‘big’ show was a friend’s birthday party. It obviously wasn’t a show like a typical dance music gig but it was probably the most nervous gig I’ve ever played. A room full of friends and my very first time DJ’ing in front of anybody!

You’re a DJ, producer and have your own label, how do you manage your time between them both?

It’s tough at times because I love to tour a lot but I work hard and I’m making the most out of my hours in the day. I also have an incredible team who help me run the label and we’re constantly talking about new music and the artists coming through on the label. For all of us it’s a passion which we wake up each time and love to do. You just make the time work when you’re passionate about something.

You’ve worked with loads of different people, who has been your favourite so far?

Everyone is unique in their own way. Working with Tiësto was an incredible experience before from a musically way but also because he was somebody I grew up listen to. I recently worked with Craig David on a future track of ours titled ‘No Holding Back’. That was cool too, Craig’s got an amazing voice and he’s somebody I’ve been a fan of for years. I’m really happy with the final outcome of this record.

Pharrell Williams or Dr Dre would be amazing! Both are incredibly talented artists and to spend time in the studio with either would be truly something special.

How would you say you differ from other DJs?

Every time I step behind the decks I’m there to leave a memorable mark on every single fan on that dance floor. That attitude for me has never changed. I want them to have the best night of their lives. I put my all into it each and every time.

You’re playing loads of festivals over the next few months, how do you manage to make your set the most memorable?

I spend a lot of time on new music and new edits for each. It’s about giving the fans something special each time.

When travelling for shows do you get to see a lot of the cities you play?

Sometimes but most often you’re in and out. I love to travel and see new places so I also try my best to get out into the city and see what I can during my time there.

What’s your career highlight so far?

Selling out and closing my I Am Hardwell world tour at Madison Square Garden sits high up there for me. Also last year launching my United We Are Foundation in Mumbai (India) were 70,000 fans joined me to raise awareness on the lack of education for young children in the city. My debut album ‘United We Are’ claiming the #2 spot in the worldwide album charts on iTunes was also a very special moment for me as a producer.

You’re getting a sculpture at Amsterdam’s Madame Tussauds, that’s quite a big deal! What is the process of this?

There’s a lot of measurements to be taken and it all needs to fit and look right so as you can imagine it takes some time getting the moulds etc, but it’s really cool and was a fun process to be involved in.

You get sent a lot of fan art, tattoos etc. What’s the weirdest thing a fan has done for you?

I think the tattoos win here. It’s mad to see so much dedication from the fans. It really does blow me away when I see this.

I’ve a new single coming up with Thomas Newson and I also have my Craig David collaboration coming too. I will release the 7th in the series of Hardwell Presents Revealed compilation which is sounding so good. I’ll be back in Ibiza all summer with a new show called ‘DNA’ at Ushuaia Ibiza, it’s going to be the biggest and best party yet from me on the island! I’ll be touring all the major festivals this summer and I have also just announced a new I Am Hardwell ‑ United We Are show at Hockenheim in Germany on August 27th, this is going to be one big event and will be my final show of this tour. So I’m very excited to be closing this tour on such a big occasion!

What advice would you give to aspiring DJs?

Stay focused on what you believe in and find your own path. Believe in yourself.