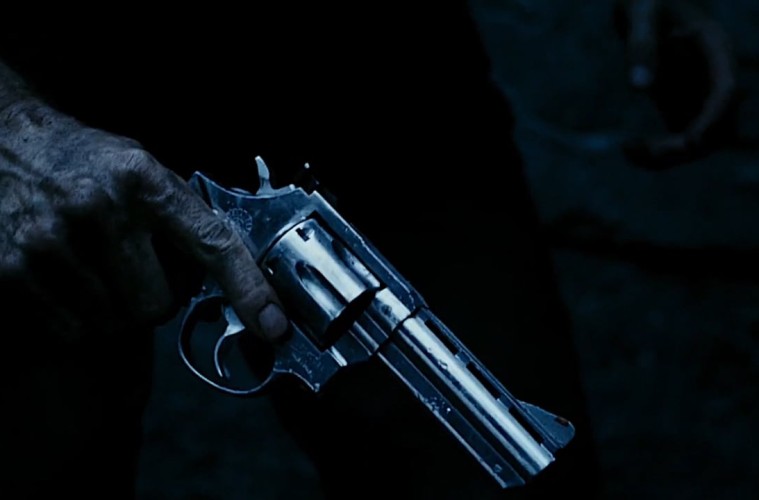 The Walking Dead Season 7 Trailer Is Chilling And Exhilarating

“I don’t know what’s going on in the most wonderful way” – The Walking Dead season 7 trailer is chilling and exhilarating.

In and amongst the fast-paced action and drama, “I don’t know what’s going on in the most wonderful way” utters Melissa McBride’s character Carol Peltier hysterically. And that was exactly how I felt whilst watching the 3-minute trailer for season 7 of The Walking Dead which was released worldwide on Friday evening.

Aired at the illustrious San Diego Comic Con, the latest teaser followed the issue of several promotional images last week and instantly rekindled the fire of passion of the fans, myself included, who have been without their weekly fix of the post-apocalyptic zombie series for the last three or so months.

The trailer marked a huge step towards finally putting viewers out of their misery by, somewhat ironically, putting an unnamed character out of their own misery. This, of course, is a reference to the cliff-hanger finale of season 6 which saw new villain Negan (Jeffrey Dean Morgan) brutally beat one of the central characters to death with his barb-wire-wrapped baseball bat named Lucille.

What sparked so much debate amongst fans was the fact that the final shot of the episode was from the victim’s point of view, obfuscating their identity and leaving viewers mourning over an unknown individual.

It has been fascinating to read some of the interesting theories conjured up by journalists and everyday fans alike ahead of the season 7 premiere in October, and whilst the trailer (obviously) did not reveal the killed character, it certainly rejuvenated the hype for several reasons.

It began with a black screen, accompanied by an eerie soundbite of Negan from the finale: “I’m going to beat the holy hell out of one of you.” Three seconds in and I had goose bumps already.

The next 80 seconds featured an interlinked series of flashbacks for each individual from the line-up of the potential candidates who could have been killed at the hands of Negan – a highlight reel which served as a slightly chilling recollection of each character’s chronology thus far on the show. ‘It appeals to the Heart. And the Head. And the Adrenal gland’ reads an on-screen quote from Forbes.

It was made even eerier by the fact that, to move from one person’s flashbacks to the next, the sequence was interjected by Negan’s menacing eeny-meeny-miny-moe iteration, again taken from the finale, serving to remind fans of the ruthlessness of said scene. It is pretty clear why a quote from Deadline in the trailer branded the show as ‘far and away the top-rated series on all of TV’.

Halfway in and all of the content thus far into the trailer had been reused from previous episodes, yet it was presented in such a way that made it truly fresh and gripping.

Then, a flash forward and the pace began to increase as some of the key moments from the upcoming season are revealed, including the generic – but nonetheless breath-taking – guns shooting, cars crashing, walkers roaming and people talking, screaming, shouting.

Lucille was understandably a central aspect to the trailer, appearing on multiple occasions throughout the promotional video, once with blood trickling from ‘her’ surface and another with Negan banging his trusty bat against a metal gate – perhaps a subtle reference to his finale comments about ‘knocking on doors’ and ‘letting us in’.

In and amongst the fast-paced action and drama, “I don’t know what’s going on in the most wonderful way” utters Melissa McBride’s character Carol Peltier hysterically. And that was exactly how I felt whilst watching the 3-minute clip which was released worldwide on Friday evening.

Avid backers of The Walking Dead who have read the comic book titles of the same name will be familiar with some of the more interesting elements of the trailers, such as the introduction of the guise of King Ezekiel (Khary Payton) – a former zookeeper – and his settlement known as The Kingdom, whose inhabitants roleplay as medieval knights, riding on horseback and wielding lances.

Even more mind-boggling and jaw-dropping is the appearance of Ezekiel’s pet tiger – yes, tiger – Shiva, with many initially questioning her incorporation for obvious reasons. The ‘tiger’ which appeared in the trailer was completely computerised, though future appearances are said to be a combination of CGI and on-set animatronics.

Regardless, the detail and ‘realness’ of Shiva’s appearance was beautiful to behold and bodes well for the upcoming season, which is due to air in the UK first on FOX from October 24, 2016.