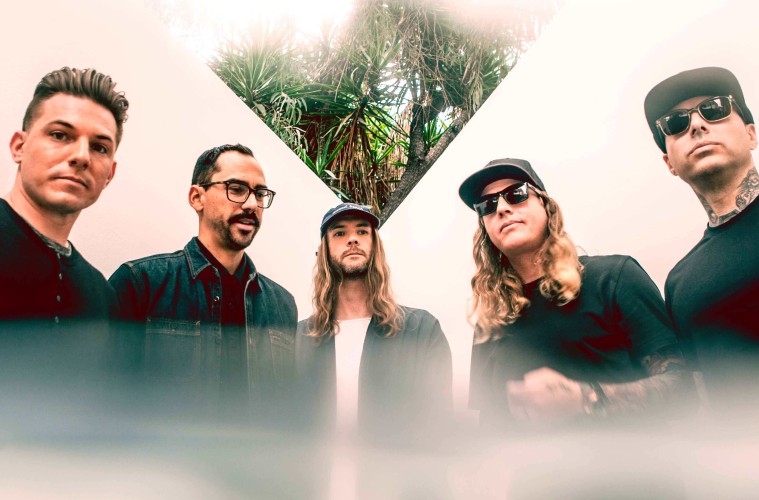 We caught up with Matty from Californian band, Dirty Heads, to talk about their brand new self-titled album, influences, and what the future holds for the band!

What/who inspired you to become a musician?

I grew up in the 90’s.. MTV was huge, they actually played music videos back then haha.. My mom always had music playing around the house so I naturally gravitated towards that as I got older. Watching music videos on MTV/VH1 definitely made me wanna pick up an instrument and do what they did in those videos, it just seemed so cool. When I got to middle school, I found out I could join the concert band and finally make noise! I went straight for the drums haha.

Where did you come up with the name for the band and why?

We constantly lie about the origin of the name, always trying to one up each other in interviews and now it’s lost in a web of lies forever.

I would definitely describe ‘Dirty Heads’ sound as fun, positive and eclectic. I feel we have something for everyone, no matter where you live or what your age is. Our main foundation is built on an alternative style with hip-hop and reggae influences.

Who influences the music you make the most?

I would say our environment influences us heavily, when we write/record. We’ve recorded in busy cities and Pecan farms in the middle of Texas haha. I think where you are at the moment can also come out in your art. As far as other music influencing us I think that just has to do with what we’re into at that time. Right now I’ve been listening to a lot of the production/ beats of the new Tribe Called Quest record…

For me personally, I think our biggest achievement is our fan-base and just the ability to keep the band growing year after year. Seeing how far the music can reach not only in the US but in other countries as well. The fact that we can travel all the way to the UK and actually have people know who we are and are fans of our music is just so humbling.

How does your new self titled album, Dirty Heads, differ to your previous work?

The self titled album, I believe, is the core of the Dirty Heads sound. Our last record (Sound of Change) was somewhat experimental as far as “stepping outside of the box.” I feel on this record we’ve taken what we did in the past and crafted something true to the sound of the band.

What are you enjoying most about being on tour?

I get excited to play new music. We want to see the reaction from fans, old and new. Are the songs exciting? Boring? Are people just listening and soaking it in? These are things I enjoy from the shows.

Also, I love playing new cities/ territories we haven’t played before. Seeing how places are different from where I live!

I’m proud of everything we do (mostly haha) but “Lay Me Down” in particular is a song that changed the band in a great way. Not really “changed” us but definitely brought us to a new level. It broke records on the charts, attracted much more attention and really put us on a road to success. Even though we’ve played that song every show for the past 7 years, I’ll never get sick of it haha!

Don’t get lazy! put the work in, make sure you’re doing your best at all times, check your ego at the door, stay humble and HUNGRY!

What does the future hold for Dirty Heads?

Always writing and touring! Definitely want to branch out and reach new territories outside the US, get back to the UK!!