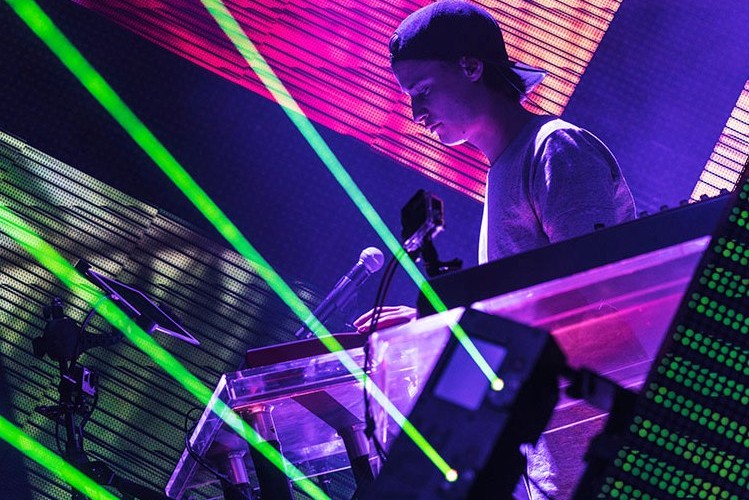 From producing some of the best summer sounds, to releasing his brand new album ‘Cloud Nine’ this year, we spoke to Kygo about studying Economics in Edinburgh, headlining the New York Barclays Centre and living in his dad’s boat house, and here’s what was said…

Hi Kyrre! You’ve been crazy busy over the last year and a half, so how are things going for you at the moment?
I really have – things are going great at the moment. My first ever studio album is finished and is out now, and my tour  was amazing. I’m played two gigs in South America – one in Colombia and one in Brazil – and played the Main Stage for the first time at Ultra Music Festival in Miami. It was a fun few months.

Many people will know you from the amazing song ‘Firestone’, so what was the inspiration behind the track? Every time we hear it, we get that summery feeling!
I had been working on so many remixes and I really wanted to establish myself as someone who could also make original music as well. I’d been playing around with a lot of instrumentals and then received this incredible vocal from Conrad Sewell. We shot ideas back and forth and eventually met up in the studio in LA. We really wanted to create an emotional track that was both meaningful and fun to listen to, and I think we did that.

Do you think that this is where the genre ‘Tropical House’ was born? No, not necessarily – I love Tropical House, but really don’t want to be pigeonholed into only producing music like that. I love all sorts of music like hip hop, jazz, pop and others. 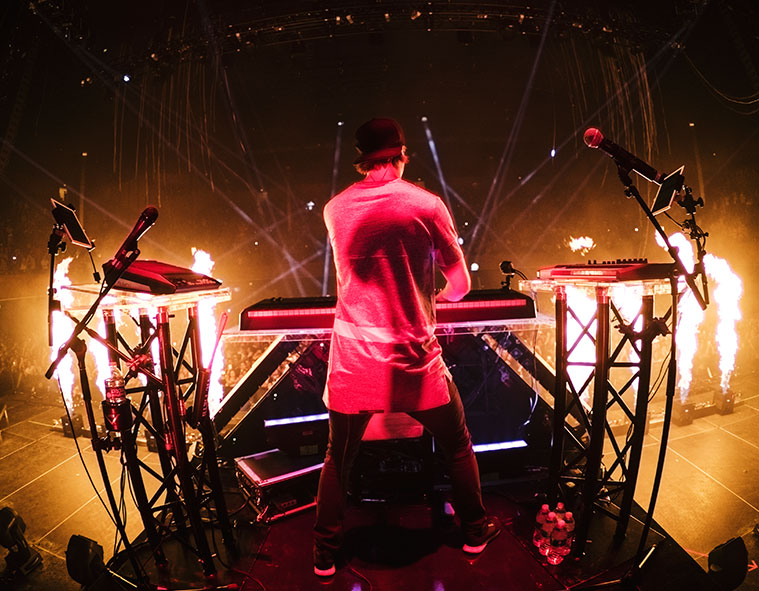 Not only do you make brilliant originals, but you’ve remixed some legendary tunes like Marvin Gaye’s ‘Sexual Healing’ too. Which two tracks would you most like to remix from the past year?
There’s no way I could just land on two tracks from the past year, there’s been too much out there. I’ve been listening to a lot of Flume’s new music though and there are these two guys out of Canada called Bob Moses who are making some cool stuff. Check them out!

If you had to chose one song that you’d only be allowed to listen to for the rest of your life, which track would it be and why?
There is no way I could do one song for the rest of my life! Give me two acts and let me have their entire musical collections – The Weekend and Coldplay.

Moving aside from music, you actually studied Business and Finance in Edinburgh. Did you fancy yourself as a bit of an entrepreneur when you were younger? And do you think you’d have given Dragons Den a go?
I wanted to go into music, but there were so many people who said that no one breaks through, so I studied Economics. I was good at calculations, but I’m not sure I could have pursued it for a career. I believe I would have always found some way to do music, whether that was with me being on stage or behind the scenes. As for Dragons Den, I’m not sure I would have enjoyed presenting my ideas like that haha. They can be pretty intimidating with all that money on the line!

Your album ‘Cloud Nine’ came out this year, so what we want to know is, what’s your favourite thing to do that puts you on cloud nine, apart from music?
Music really takes up 99% of my time at the moment but when I get those small moments, I fly home and spend time with the family. I still live in my dad’s boathouse, which is the perfect spot for me to relax.

As a DJ you’re constantly on tour and you recently headlined The Barclays Centre in Brooklyn, New York! How was that experience? It must have been mad!
It was incredible, the show was packed and I brought some special guests like Shaggy, MØ, Parson James and Conrad Sewell along with me for the ride. This was the biggest individual show I had ever done and I’m glad and relieved it worked out so well in the end. The fans seemed to enjoy my new material as well. 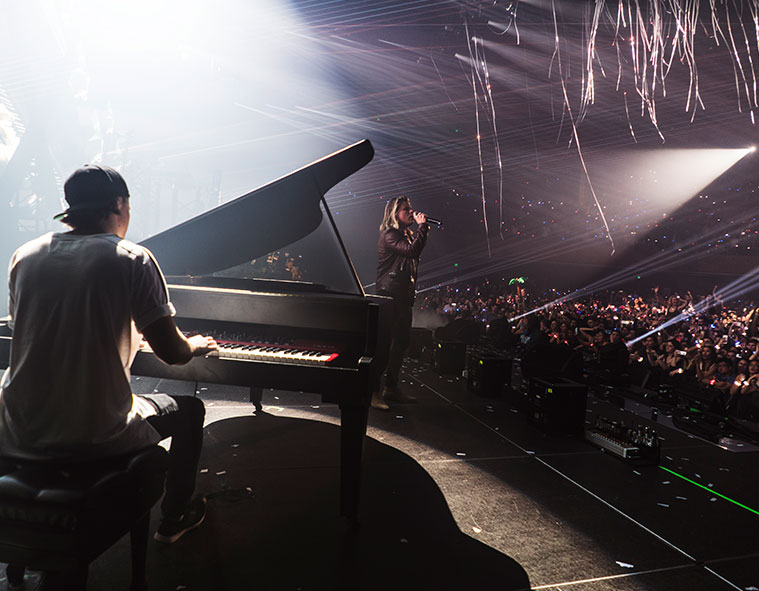 You’ve also played at the X Games in Aspen, do you reckon you’d be any good at extreme sports yourself?
I actually brought a load of friends out there for the games and did quite a bit of snowboarding with all of them. I’m not bad at water-skiing either.

When you’re on tour, you’ve been known to bring out some big name surprises from behind the curtain, but which star, past or present, would you like to collaborate with on stage?
It would have been Marvin Gaye but that’s obviously not possible. Living popstar would be Ed Sheeran with him on guitar and me on piano.

Can you tell us what three things you can’t live without on the tour bus?
1) My laptop
2) WiFi
3) Some company

Thanks Kyrre! Best of luck for the rest of 2016!
Thanks so much! Really appreciate the support.