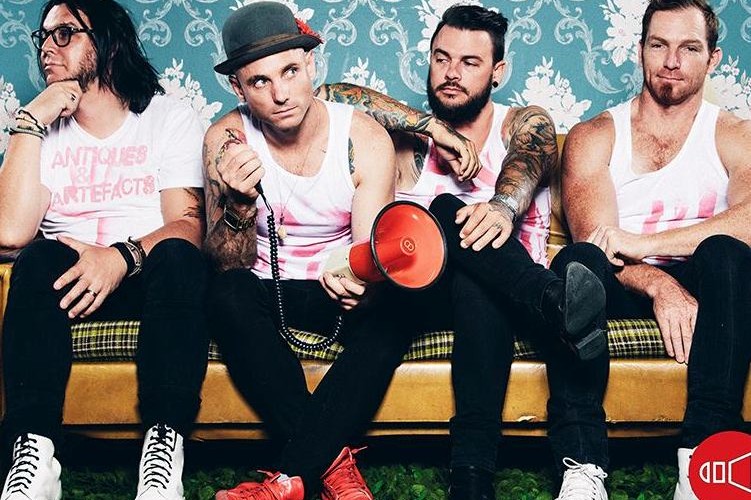 
We caught up with South African rockers, The Parlotones, to discuss their most recent album, influences, and success!

Where did the name for the band, The Parlotones, come from?

We liked the word “Parlo” and were mixing it with various other words like “star” and “waves”, things like that. We eventually clicked with Parlo and Tones, and then realised it sounded very similar to Parlophone records, a record label that a lot of our favourite bands were signed to. Radiohead, The Beatles, Coldplay, etc. That all sounded good and we stuck with it.

Where did your passion(s) for music come from?

From a young age all of us loved music and dreamed of being in a band. All of parents were music fans as well; we grew up listening to Led Zep, Pink Floyd, The Beatles, Simon & Garfunkel, Cat Stevens, Cliff Richard, that kind of stuff.

Who or what is your music influenced by?

Lyrics are inspired by life, things that we experience and things we see happening to those around us. We like to try convey the human experience through our lyrics. Musically we’re inspired by the bands we love: The Smiths, The Cure, Radiohead, Coldplay, Muse, The Beatles and the list can go on for days

Being full-time musicians and playing music for a living for more than 10 years now. We are very lucky to not have to balance our music with a day job.

Why did you decide to do an Orchestrated Tour earlier this year?

It’s always exciting to explore different sounds and textures for our music. Also, it’s nice for the audience to see something different. We’re a rock band so it’s cool to change to pace and strip back the guitars and drums and allow an orchestra to play those parts. It inspires us and gives our fans something different.

How would you describe your most recent and first independent album, Antiques and Artefacts and how does it differ to your previous work?

It’s was put together under a more positive environment for us, so I think that sense of freedom and excitement comes through in the music and lyrics. If you compare it to “Journey Through the Shadows” (which was written during more trying times) you’ll hear a very different atmosphere.

What do you think makes a successful band/musician?

Hmm tough question, everyone has different ideas of what “successful” means. As a band, I’d say if you can make a living from your music that could be considered successful. As a musician, if you work on always improving your ability and are able to handle any musical situation you find yourself in, that could be called successful. Everyone has different “goal posts” though, a musician in a hardcore/metal band will have very different perspectives. In general: if you love your band and are playing music you enjoy, if you are fullfilled and challenged by the music you play, if you feel rewarded in some manner by your music… that’s a success!

Play music because you love it. Your goal can’t be money and fame, that may never come. Play with your friends, choosing a band member for their ability isn’t always the best idea. Find a good teacher, learn a little bit of everything but focus on the things you enjoy playing. Don’t just sign any contract that is put in front of you, read it carefully, get a lawyer! If you start making money, get a good accountant. If there’s money involved, it’s a business, treat it like one. Above all, play nice! Treat everyone fairly and kindly. You may not always get it right, but at least try.

What does the future hold for The Parlotones?

More albums, more tours, we want to keep doing this for as long we’re able.