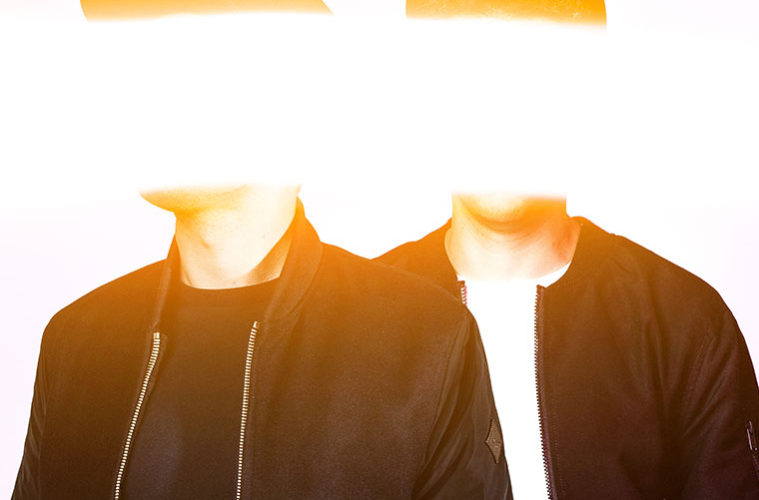 99 Souls – The house band that are making some serious shapes in the music industry!

Hey guys, what are you up to at the moment?

Soul: We’re just in the studio a lot, working with a lot of writers, sort of got our next single ready and working on the album. We’re still doing a lot of gigs but over the winter it’s not quite as hectic as the summer was. Over the summer I think we did about 30 festivals and a whole bunch of other gigs so that was pretty hectic. We did 5 gigs a weekend sometimes so it’s a little bit more chilled now. We’re just focusing on getting our music ready and hopefully we will have our next single out soon.

Can you tell me a little bit about yourselves individually?

Jo: I started music as a jazz musician. I used to do a lot of touring and then got into production mostly through hip hop actually. I met Soul through a producer who is a good friend of ours. We started working together in various different styles and different ways. We started this project together just a bit over 2 years ago. After the very first track we did which is ‘The Girl Is Mine’, everything went a bit crazy from there.

Soul: I grew up on hip hop music. I started DJing when I was a kid, then started producing. I stopped taking them seriously during uni and came back to it quite a few years later. I was obsessed with music basically and I grew up loving Hip Hop. I caught the ‘house bug’ and now I just want to make an album that encompasses all of our influences.

How would you describe your style?

Soul:  I think everything we do is quite melodic. The focus is always having a lot of music there. We always try and have soul in everything we do. Jo’s a big jazz head and we’re both big on soul and gospel and most of my favourite hip hop records sample old soul, jazz, gospel and disco.

So last year must have been a good year for you after your release! What was your best highlight of 2016 and why?

Jo: The dates are getting a little bit hazy for me. I think one of the biggest highlights is that we got to record with Brandy. It was the end of 2015 but it still counts for me. That was the massive highlight for me, flying over to LA and recording with Brandy in the studio.

Soul: Working with a legend like Brandy was pretty awesome. Reading festival was absolutely insane, the crowd were out of this world. A few festivals like Reading, Parklife and Wireless where the crowd goes absolutely nuts. Those ones are always fun. Getting nominated for an MTV VMA on our first single was pretty cool.

So how did it make you feel when your track reached number 5 in the UK Singles chart?

Soul: We were the number 1 non-Canadian record [laughs]! If it wasn’t for Canada, we would have been number 1. It was three Bieber records and Mendes above us. That was at the time when dance music wasn’t doing too well and new UK artists were struggling with the start of “on air on sale”, we kind of broke the trend of new UK dance records not doing well. It was kind of a big deal I guess but hopefully next time it will be higher. It went way over platinum which I guess is cool for your debut.

Jo: For your first release being number 5 is pretty good I guess.

Have you got anything big planned for this year?

Jo: The next single will hopefully be big. We’ve been working  hard on our music. We’re going to be putting out a few things this year for sure.

So how did 99 Souls come about and where did the name come from?

Soul: We knew each other before starting this project. We’ve worked together for a few years. Then we started working on this house project at the end of 2014. The name 99 souls, the 99 comes from the 99%, which is basically just the regular people that aren’t the sort of super rich global elite. The 99 represents what we’re about. We needed something that made our name complete, the ‘Souls’ just sounded good. It represents our sound I guess.

So before you became an artist together, what were your lives like? Did your childhood have any influence on the music you produce?

Jo: Definitely. We’re both into loads of different styles of music. I started playing rock music and guitar has always been and always was a centre point for me. I then got into jazz. I listened to soul, house music and then started getting into electronic stuff. Because I was into so many styles it definitely had a huge influence on our sound.

Soul: Everything we’re both into always has some soul to it. Even if it’s not explicitly soul music. I really grew up on hip hop. My golden age was the Rocafella era when you had Kanye West and Bink and Just Blaze and then the Heatmakerz for Dipset. With hip hop, producers are looking for that little bit of magic to sample, I guess we try to make records where every bit is good enough to sample, that’s kind of the barometer.

Did you have any inspirations from a young age?

Jo: Don’t get me started. From a guitar perspective, definitely Jimmy Hendrix. He’s such an incredible guitarist musician. Getting into jazz and artists like Miles Davis and John Coltrane and then moving forward into production and Brian Wilson from the Beach Boys was huge for me. Were both into really big sounds and I think for me, those names definitely.

Soul: For me, Isaac Hayes from having the most elaborate stuff going on and being so soulful. Other artists, Kanye West. People who have a message like Marley, 2 Pac, Kanye. Producers like Timbaland. We’re completely independent so I guess outside of artistic influences, been inspired by people like Dame Dash, Diddy, Russell Simmons and people like that as well.

What artists are you in to at the moment?

Soul: You know what; usually we’re so busy, that we don’t have time to keep up on new music other than music we’re going to play in our sets. Over the Christmas period as it’s been a lot quieter, I’ve finally found the time to listen to new music. Like the new J Cole album, Childish Gambino album, The Weeknd album, Kid Cudi and loads of random stuff as well like 90s RnB. I’ve been listening to a lot of American dance music as well like Jersey and Baltimore Club, Footwork and stuff like that.  It’s nice to have a bit of down time to make connections with other music.

Jo: In terms of new music, I’ve been listening to Snakehips and Flume. I think they’re really good.

Because of Space in Ibiza closing down, do you think there will be much impact on the music scene out there or do you think it will stay the same?

Soul: I think it was a real shame to see it go. It’s such an iconic club but we didn’t manage to make it to the closing party. It’s such a wicked venue and they always has great DJs. Hopefully they’ll find a new location and they’re doing a tour as well. We’re playing at the Space stage at We Are Festival in a couple of months. Hopefully it’s going to live on and hopefully it won’t lead to more closures as Ibiza is moving away from its original culture.

So what do you hope things to be like in a couple years time for you guys?

Jo: As long as I have a golden toilet I’ll be happy [laughs]. We want to be able to take the music we make and work really hard on to as many people as possible. We’re really interested in the live shows you know as coming from a live background; it’s really special to perform our music to people. So we’re looking forward to really get into that this year and next. And also putting out an album we’re really putting our hearts into.

How long does it take to make a track?

Jo: I think every track is different. Some tracks come together in almost a blink of an eye. You have idea and a concept and it’s just there. Other tracks take months. In fact The Girl Is Mine, we worked on that for about 2 or 3 months before it was perfected.

Soul: I don’t think it was that long but there was about 60 versions [laughs]. I think it was a few weeks then a few weeks on the mix. But then for the official retail version there was re-recording Brandy, then we got the original Destiny’s Child session, then there was the new mix.

Check out their number 1 single, The Girl Is Mine!