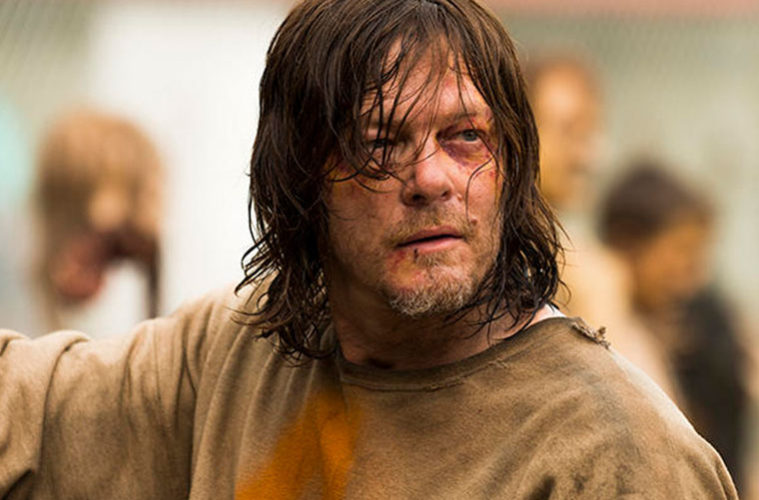 The Walking Dead Season 7B: What Can We Expect?

Warning: Contains spoilers for The Walking Dead season 7B.

After that heart-wrenching mid-season final that finally saw the touching reunion between Rick and Daryl and (mostly) the rest of the group, it’s left us all wondering what on earth is gonna go down in part two?

Friend or foe? Only time will tell when #TWD returns on Feb 12. pic.twitter.com/zVaZc4PNe8

It seems the group may be preparing for an epic stand-off against Negan and the Saviors, but a few exclusive images released on the show’s official Twitter page suggest Rick will be introduced to some never-seen-before characters… Could this be the all-female group we saw at Oceanside? And will they be joining Rick on his quest to defeat the Saviors?

You’ve been granted an audience with the king when #TWD returns on Feb 12. pic.twitter.com/oa3bjZs2mQ

Judging by this image, it might be that Rick and the rest of his gang may finally be introduced to The Kingdom’s, Ezekiel and his tiger, Shiva. The premier episode, named ‘A Rock In The Road’ looks set to be an explosive one as Lennie James (Morgan) revealed how there’s set to be multiple “major losses” which leaves many of us feeling a little uneasy especially after the gruesome deaths of Glenn and Abraham. According to cast, the next episodes are set to be drastically different in comparison to first slow-ish eight. Norman Reedus recently stated that, “Daryl is ready to fight.” following his torment and torture in the first half of the season – hell yeah!

What did you think of The Walking Dead Season 7B?