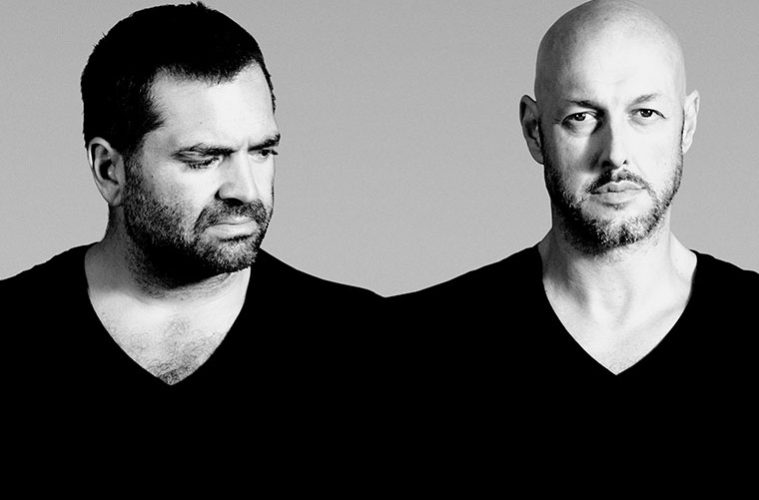 For more than a decade now, Pig&Dan have been jamming in the studio, producing music that holds their signature sound! After recently teaming up with the new student marketplace app UniDosh, we had a chat with Pig&Dan about their journey, inspirations, their involvement with the new app for students and what’s next for the guys this year!

On Monday we did a day of filming for DJ Magazine showing how we produce a track. Tuesday recorded a mix session for the Pete Tong Show on BBC Radio 1. Now preparing for our weekend ahead where we will be playing in Leeds and Berlin before heading off on a three week tour of the USA and Mexico.

We both come from a studio background and met each other years into making and working on music. In 1999 we met on a plane to Mallorca where Pig is from and met up to try to make music together. The synergy was amazing and music is a very personal thing and often hard to create with others. From then on we luckily got recognised by some key players in our scene and we were able to evolve up until this day.

Q 3: Can you tell us a little bit about yourselves individually and your backgrounds?

I (Dan) am London-born but spent 8 years of my youth just outside New York because my father was a successful musician over there. When I moved back to the UK I finished my musical studies and started to work in major recording studio making tea for the stars. I worked my way up to programmer and engineer and learned a load on the way.

Pig (Igor) is Spanish born and was educated in Switzerland and in the UK where he went to university to study business. Later on he worked in a studio as an assistant like myself in Munich making hard rock records and learning the ropes from the ground up. He became well known for putting on underground parties in Mallorca when he returned to his mother island and stemmed out to be what he is today.

Q 4: Who inspired the music you produce together? Have you always been in to that kind of style?

We truly inspire each other as does life in general. Both negative and positive things can trigger the style you write at that moment. We both have a massive passion for music stemming from The Doors all the way to Sven Vath and other Techno mentors.

Q 5: So I know you’ve teamed up with UniDosh! How did that come about?

Over the years, we’ve had a solid student following which we’re truly grateful for, so when a good friend of ours told us he was involved in this exciting new app for students and wanted us to perform at the launch event at Mint Club in Leeds, we couldn’t refuse.

Q 6: Still talking UniDosh… Tell us how you’re getting involved with the app?

UniDosh is a student marketplace app, making earning and saving money as a student much easier. For example if you wanted to book a DJ for a house party or a cleaner for the day after, why not hire a local student whose not only going to be cheaper based on your schedule, same be it on the other side, if you have a skill you can upload to local students to work around your schedule to make some extra cash. When I heard about this whole concept I wanted to support it because it was something I could relate to from when I was a student. We were approached to get involved and of course agreed.

Q 7: Are there any other artists that you’re both really in to at the moment?

Of course the list goes on and on, in the Techno world we love Uakoz, Etai Tarazi, Mark Reeve, Adam Beyer, Rob Hes,

Theres been a lot but of course playing Tomorrowland with Deadmau5, Eric Prydz and Adam Beyer was amazing. Being featured on the Essential Mix on BBC Radio 1 which was always a dream, having two Number 1 records on Beatport….

Q 9: What are the top tracks you’re playing out at the moment?

Well we pretty much play our own music so it’s not really fair to sound like we are closing our own trumpet by listing what we make but if I have to, I would say the collaboration with Adam Beyer vs Pig&Dan – “Capsule” EP on Drumcode.

Q 10: Is there anyone you’d love to collaborate with?

We’ve been very fortunate to have already collaborated with some of the top boys and girls in our scene but still we would love to work with DVS1, Marcel Dettmann or Matador.

It’s an endless stream of work which is an absolute honour for us, the future is packed with amazing events such as Playdifferently in Miami with Richie Hawitn, Awakenings festival in Brazil plus other headline events . We’ve got a load of release coming up together with Adam Beyer, HOSH, Monika Kruse and ANNA. It’s very much the year of collaborations for us currently and it’s a real buzz being inspired by and working with such top class people together.

Check out their track below and their Facebook page: @piganddan