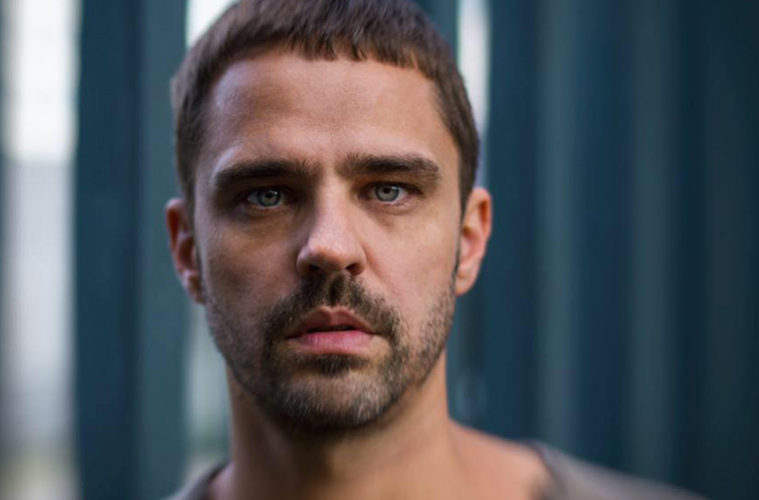 Nick Curly has now been defining the sound of the underground for ten whole years. Currently he is focused on 8Bit, which continues to grow from strength to strength, as an outlet for fresh house and tech.

Q 1: Hiya Nick! How are you doing, what have you been up to?

Hi Guys, I am great thanks! I have just been on an unforgettable tour in South America with Hot Since 82 in South America. It is an amazing place to go gig and we managed to fit in Argentina, Chile and Brazil in the short time we were there so I am just recovering and getting myself ready for an extremely busy summer.

Q 2: So 8bit… Tell us about your story with the label! When did that come about?

8Bit is the brainchild of myself and my label partner Gorge. We started things off 12 years ago when we used to hang around at the same parties in Mannheim. We would always run into each other and be talking about music and all these idea we had, then one day we actually stopped the drunken talking and decided it was time to act.

It hasn’t been an easy journey by any means but I am really happy with the progress we have made and the plans for the future are really exciting. New releases are imminent and a new 12-year logo is in the design process alongside some cool merch.

Q 3: Has being signed to Defected made any changes in your music career?

Of course Defected were pivotal in helping push my album, “Between The Lines”. This was a really important project for me as it was a chance to showcase a different side to ‘Nick Curly’. I had a few offers to sign the album but Defected came and sat down and showed the same commitment, drive and passion that I had for the album and the decision became pretty simple.

Signing to Defected gave the album an extra edge musically. The Defected family boasts so many talented artists and the list of those willing to provided remixes amazed me. Everyone was so keen to get on board and be apart of it, in the end Larry Heard, Osunlade and Dennis Ferrer provided top class tracks for the album, with Dennis Ferrer’s track almost making it into the UK charts at one point.

Q 4: What have you been up to so far this year? Aside from being super busy gigging!

I have just moved to a new house and trying to do this in between a busy touring schedule is not easy. It has been living out of suitcases in between boxes of vinyl for the last few months but I am getting there.

Music wise I have been a bit lazy to be honest but I plan to get in the studio and start working hard again. Saying that I have just finished my “Amnezia EP ” on 8Bit as well as a providing a remix for Emanuel Satie on ‘Saved’ plus another one for Sante´s Album on ‘Avotre’ dropping next month.

Q 5: What’s the best thing about travelling around for shows?

To be honest it has to be the travelling and the opportunity to immerse yourself in different cultures and unfamiliar environments. Before I even started DJing my parents always told me to travel the world and experience as much of it as I possibly could. I am lucky that my profession allows me to do this.

I am also a big foodie so being able to go and taste the different cuisines on my travels is a massive plus for me. I have a rule that I must try the local dish and I am not allowed to try the same thing twice. Although sometimes I break this rule because some of the food is that good!

Q 6: How do your sets flow? Do you plan beforehand or just go with the atmosphere of the venue?

I never plan my set, that is really important for me. I like to come at least an hour before my set to catch the atmosphere as well as support the other DJs. I think it’s really important to support everyone on the lineup and the promoters, as they are the ones putting on the party. Without them I wouldn’t have a set after all. Whilst I am there watching and listening I then start thinking about my first track. Once I have this I just go with the flow…

Yes I am really looking forward to returning. As I mentioned earlier Defected is one big family. You see the same people all the time, from people in the crowd to DJs and crew. Its nice coming back and seeing familiar faces and I think it creates a much better vibe. The location is perfectly suited for Defected and the atmosphere they aim to create. One of the highlights of the summer definitely.

Q 8: If you could pick one, which artist would you absolutely love to collaborate with and why?

Oh at the moment as I’m looking for a good vocalist, I would probably choose Rosin Murphy…

I have done a few layouts, which needs a top Vocal, and Voice on it and Rosin is one of my favourite singers.

Q 9: What other artists are you in to at the moment?

To be honest there are so many talented DJs at the moment its hard to focus on a handful of names. One of the advantages of festivals that I love is the ability to go wonder and listen, only stopping for the stuff that catches my attention. I don’t like timetables when I am in the crowd.

Q 10: What plans do you have for the rest of this year?

My touring schedule is locked tight all summer so any free time I get will be spent with my family and some studio time as well. It is a pretty draining flying and playing all the time so I might try and fit in a holiday somewhere as well. If there is time that is.