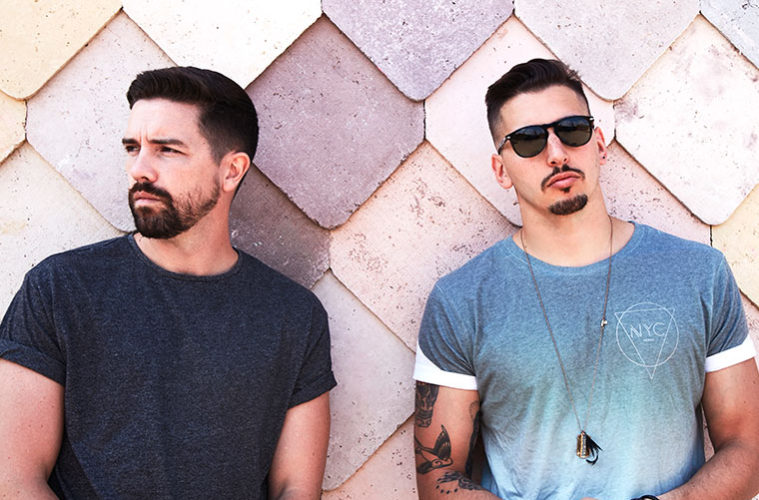 London based duo Tough Love have risen through the ranks of the house scene over the last three years after producing banger after banger. With their latest single just released, Closer To Love ft. A*M*E on Get Twisted Records, we thought it was high time we had a chat with the guys and here’s the result…

Q 1: Hiya! Thanks for chatting to The Student Pocket Guide. How’s everything going at the moment and what have you been up to recently?

Everything is good thanks. We’ve had some time off touring as we’ve had to a lot of work in the studio to get done. We’ve just put the finishing touches to collaborations with Todd Terry, Roger Sanchez, Man Without A Clue & LiTek. On top of that we’ve completed remixes for Seamus Haji, Liv Dawson, Marlon Roudette and curated some VIP mixes of our own records.

Q 2: You guys have rapidly risen through the ranks of the house scene over the last three years. When was your proper big breakthrough into the music industry?

People say we’ve rapidly risen but we’re not so sure, this is our sixth year as Tough Love. For three years prior to ‘So Freakin Tight’ we toured relentlessly with underground releases on legendary house labels like Nervous, Dopewax and Toolroom. We quickly gained momentum in the underground, especially in the UK and a couple records we were hammering in our sets crossed over into the mainstream back in 2014. It’s been a roller coaster for sure! A lot of hard work and dedication that stems a lot further then the Tough Love moniker.

Q 3: Besides DJing and producing, what else are you both into?

We’re sport junkies, we can pretty much watch any sport when it’s on. Each year we try and catch some live games, normally football or rugby but to be honest if tickets are offered for any event and we’re free we’d normally take them. When the opportunity arises we entertain a game or two. Usually FIFA, Call of Duty, Grand Theft Auto etc, Alex’s recent obsession for Battlefield is turning him into a bit of an assassin!

Alex also has a love for motorbikes and the culture that comes with them. “I recently got a t-bird 1600 and have my eyes set on a new restoration project over winter to keep me busy in the free time I clearly don’t have!”

Stef’s a family man, so any free time is usually spent trying to sneak away to an exotic destination with the wife and kids. We don’t get to see as much as we’d like on tour. It’s usually a quick visit and then back on the plane somewhere else so we try to make the most of the time we have off.

Q 4: Can you tell us a little bit about yourselves individually? How did Tough Love begin?

We skimmed it earlier but not many people realise our careers stem a lot further back than Tough Love – we’re both artists and DJs in our own right. We’d been on the same circuit in London for some time and after a few chats we realised we had a mutual love for similar music. We got in the studio and soon after Tough Love was born, things moved very quickly as our output was relentless and within twelve months our record label Get Twisted Records was also up and running with a debut EP featuring Denney, Hannah Wants, Chris Lorenzo, Ourselves and Lee Webster.

Q 5: How did your weekly radio show on Kiss FM come about?

We featured on a few guest mixes for guys like Pioneer, which was followed by a short stint on Kiss Fresh. Following that we were offered a move to Kiss FM while continuing our Kiss Fresh slot. We held down this residency with Kiss for three years. At the beginning of 2017, we decided we wanted to further our reach globally so we developed Get Twisted Radio, a weekly sixty-minute show syndicated all over the globe. We have over two million weekly listeners and the show is growing at an amazing rate! Thank you to everyone for their amazing support. 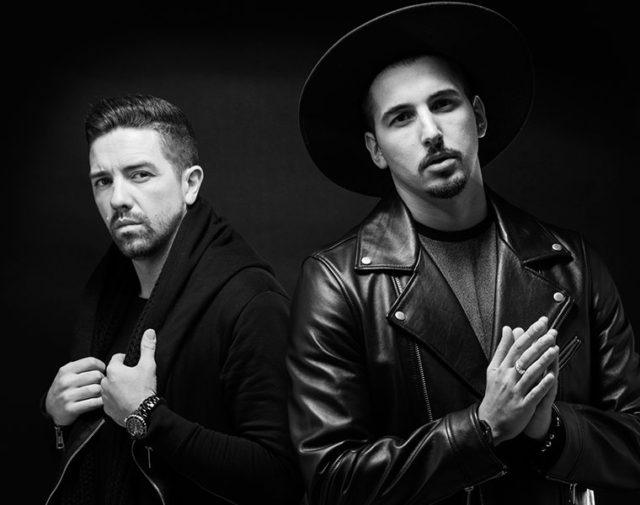 Q 6: When you first got started with DJing and production, what style of music were you focused on?

We were both always dance based with variants of house, but our love for other genre’s and styles often came through. We’ve put the work in, grafted through the less glamorous side of the industry. It’s all part of the learning process. Stef made a notable name for himself early on during the House and Garage boom as a DJ & Producer eventually moving into multi genre mixing for some of London’s premier clubs and private members venues. Alex played more house music based parties across London. We then started our own night Twisted Disco, which developed into Get Twisted Records. We were headhunted as music directors for venues such as the Playboy Club and The Hoxton Pony, bringing acts like Claptone, Kolombo and Denney to London before the wave caught up.

Q 7: You’ve spent so much time working on your album ‘Past Present Future’! When’s it being released?

It actually coming out in 3 parts, parts 1 and 2 are out already. We’re going to take a small break before we drop part 3 as our touring schedule is really heavy for the next 3 months and we’ve also got a ton of club releases and collaborations about to drop. But we’re excited for part 3. It’s going to be an eye opener for some people.

Q 8: You’ve just released your tour dates. What’s the best thing about travelling around for shows?

It’s just so much fun – going places you’d never expect people to know your music and seeing them having the time of their lives. It’s always great linking up with promoters and DJs we haven’t seen for a while, meeting new people and getting to travel to new places. Its not always as glamorous as it seems, we always say we wouldn’t want to do it as solo artists ever again. Too much time on your own is never a good thing and during a hectic touring schedule it’s always good to have company. You get to share the good and bad times together, which keeps each other going.

Q 9: How did you get signed to Island Records?

Funnily enough, we had ‘So Freakin Tight’ for 2 years before it got picked up. We battered it in every set and could see from the reaction there was something special about that record. We took it to management, A&Rs, labels and everybody out there turned it down. We decided to release it ourselves and the moment Annie Mac and a few others started playing it in club land and on national radio everybody came asking about it. We had a series of meetings with different labels but Island felt like the right home for it and we suppose the rest is history.

Q 10: What’s been the biggest highlight throughout your career so far?

There’s way too many to say. Two UK Top 40s would be the obvious one but there’s been so many hurdles and obstacles we’ve overcome the last few years which have been small achievements that have lead on to much bigger things. Seeing smiles on a crowd of 300 people or 3000+ will continue to be a highlight so we just keep moving forward and continue to enjoy the ride. We really do appreciate the people who come out to support at our shows, the people who buy & stream our music, the promoters who book us and of course the hidden heroes like our family, our agents and tour manager.

Tough Love ‘Closer To Love’ ft. A*M*E is out now on Get Twisted Records.