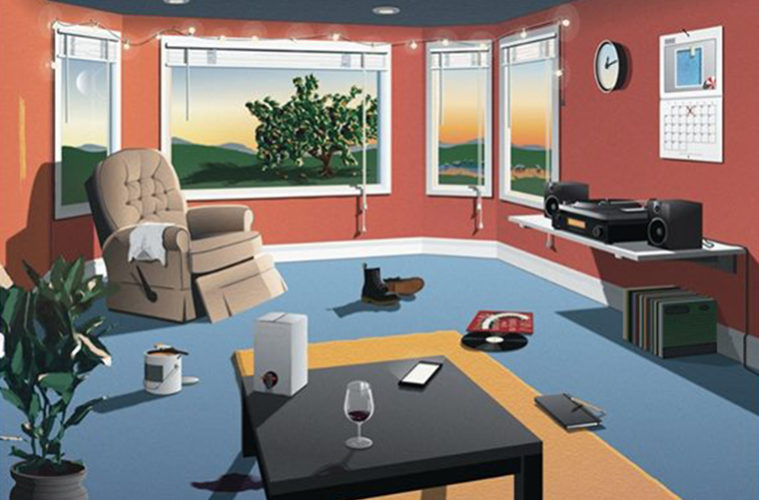 This February saw the release of American Quartet Hippo Campus debut album, Landmark, featuring 13 songs of pure indie-pop goodness. The album was highly anticipated by fans following the release of their EP’s Bashful Creatures and South in 2015.

Hippo Campus has just dropped more music to feed their listeners thanks to the release of their Warm Glow EP on September 12 – and yet again delivering on the feel-good vibes. The three track EP is compiled of songs that failed to make it onto the album but were too good to leave behind.

Regularly part of the bands set list, this EP opener showcases the band doing what they do best – upbeat tempos and catchy choruses with the help of a funky and vibrant guitar sound. The smart lyric to sum up the world recently is the best part: “There’s something fiction about the way that reality is going.”

Traveller serves as a fun and poppy song that is not too dissimilar to Baseball. The track strikes as impressive during the final verse: the vocals build up from being relatively quiet as the drum beat quickens. Lead vocalist, Jake Luppen, with a pain to his voice, then repeatedly sings, “My heart is hurting, for a girl that I can’t see.”

To mimic the name of the record, the soft vocals and gentle drum beat provide the feeling of a cosy autumn night in. The six-minute song reflects a transition from the summery songs of Landmark to the perfect tunes for a fall playlist in Warm Glow – emphasised in lyrics such as, “Honey-burned tobacco leaves” and “Warm glow mornings soaked in pastel tea.”