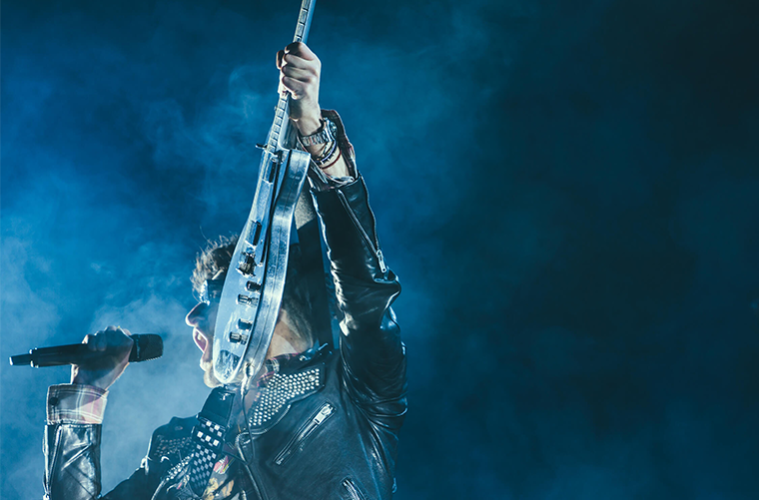 How to Be a Rockstar

You wanna be a rockstar? Don’t worry – SPG have you covered with this totally legitimate and sensible guide that is in no way a joke and should be taken completely seriously… Honestly.

We’re not joking. Some of the craziest, most famous rockstars out there are suffering with mild brain damage due to the amount of Carlsberg cans they’ve crushed against their forehead. Don’t even worry about being on stage in front of a crowd when you do it; smashing cans against your head in front of your bedroom mirror will still make you feel badass.

Again, we’re totally serious. Wear as much distressed denim and tight leather as you can. Go completely overboard! You can get gimp suits pretty cheap nowadays and nothing says rockstar like a distressed denim jacket that’s literally been set on fire while you’re wearing it.

You should own every single Metallica, Black Sabbath, and Iron Maiden CD and Vinyl that has ever existed as well as download all of their albums on Spotify and iTunes, including all studio albums and live performances. You should proceed then to smashing them all individually against your forehead. And you should have a whole room for merchandise and a shrine dedicated to Steven Tyler. Nickelback doesn’t count.

Rockstars are empty vessels fuelled by substance abuse and guitar solos. Drink your body weight in Jack Daniels and smoke cigars like a train. Never exercise and only eat steak whilst remaining emotionally detached from everything and everyone who doesn’t relate to your rockstar lifestyle. Now that’s a real rockstar…

If it isn’t yours or isn’t valuable to you; smash it. Throw chairs, throw punches, and smash your guitar on the stage like a badass because you just know you’ll get another one for free. Go nuts and just obliterate everything in your path with your whisky fuelled rage, and don’t let no manager tell you you’re being ridiculous or out of control… That’s what rockstars do, right?

You can be the biggest most badass rockstar out there, but your mother is still your mother and you’d rather die than disobey her. If there’s anything more terrifying than an out of control rockstar, it’s their mother.