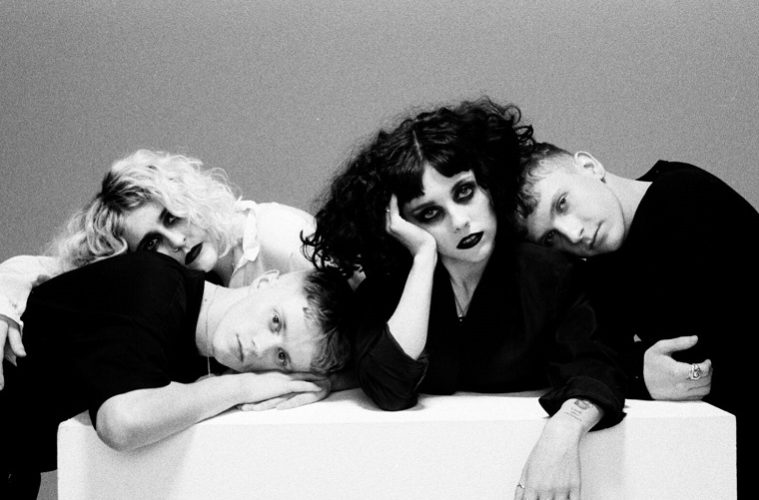 Pale Waves on their debut album and exciting future

Pale Waves are an English indie pop band formed in 2014, hailing from Manchester they’ve had a quick and seemingly intense rise to fame due to their unique releases. The band explains their sound as ’emotional pop that’ll make you bounce but cry at the same time’. We spoke to the lead singer Heather about their newly released debut album ‘My Mind Makes Noise’ and her plans for the future of the band…

Q1. Hi Heather! Thanks so much for taking the time to speak to us! How’s everything with you and the band at the minute? What are you up to?

It’s really great at the minute because we’ve just done the debut album, so we’ve got the thrill and the rush of that still in our veins. We’ve been super busy with festivals and being in America. So it’s all pretty much go, go, go. We’ve just been really excited to finally announce our album to the world.

Q2. How would you explain the band and it’s sound to anyone that hasn’t heard of you yet?

We’re four best friends from Manchester and we play emotional pop music that’ll make you bounce but cry at the same time. 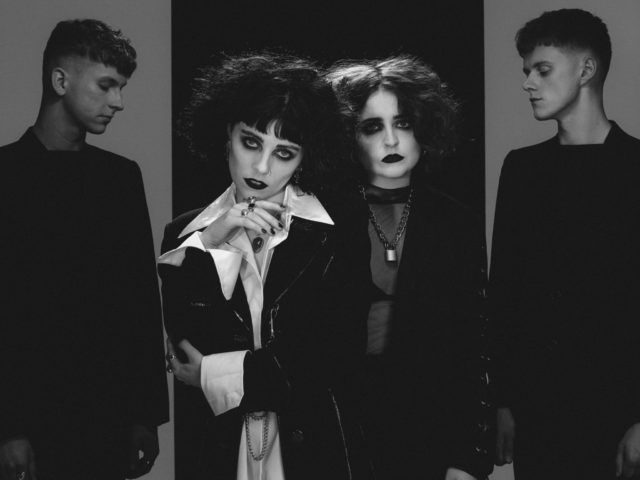 Q3. I’m love your debut album ‘My Mind Makes Noises’ which is now out! How would you describe the album to your fans?

It’s a more in-depth look into my mind and our personalities. As it’s an album it’s given us the space to be able to be much more creative because it’s a whole 14 tracks! We’ve got some pretty diverse tracks, an R n’ B track and more, we’ve got just about everything on there really.

Q4. Can you explain the inspiration/meaning behind the album?

I don’t think it’s an overall thing, it’s basically just things that I’ve felt for years and some of them are really recent, but then some of them I wrote 4 years ago. It’s my own experiences and my own feelings, what I’ve been through about my friends, people I’ve been in love with, my family, it’s just basically my life!

Q5. So, you went to University yourself? What did you study, did you enjoy it, and if you hadn’t have taken the musical route what would you be up to now?

I studied music and I enjoyed the lifestyle of it and I met a lot of really great people but, I really don’t think you can teach somebody how to write a song so, the education side to it just wasn’t really for me. I don’t understand how you can teach someone it, you’ve either got it or you’ve not. You can teach people music theory, and you can help them with performance but a lot of it I felt like I was just waiting around. But I am really glad I went because that’s how me and Ciara met. I’ve always known from a young age that I wanted to do music, so I never really had a back-up plan.

Q6. You’ve had a quick and seemingly intense rise to fame. With attention and fame there always seems to be dislike and bad comments. Have you found this difficult? If so, how have you dealt with this?

I found it pretty difficult at the start because it was something really unusual and new for me, but as time went on and we started releasing new music I just came to accept it because, not everyone’s going to love what you do and with love comes hate. So now I just shrug my shoulders and it doesn’t really bother me anymore. In fact, some of the comments actually make me laugh.

Q7. How did Matt Healy from the 1975 co-producing your first 2 tracks come about? And what was it like working with him?

We’re on the same label/management so we inevitably met and got along really well. Matt and George are really a great team and very similar to us, we both have the same ambition so it was really nice to be surrounded by people like that.

Q8. What are your biggest life aspirations in life for Pale Waves?

We just want to leave the world with great music, when we die we want to have something we’re really proud of.

Q9. Do you have any advice for students out there who may be trying to make it in the music industry?

Touring constantly, me and Ciara are starting to write music again. We’ve basically got something on everyday of our lives until next year.