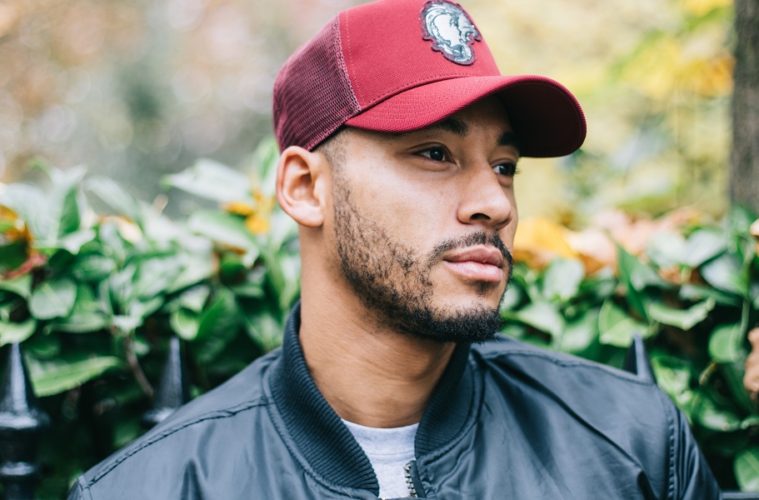 Josh Denzel, well known for his appearance on Love Island 2018, is a London born presenter who started his career creating content on Snapchat. When LADbible and SPORTbible noticed Josh, his career boomed and now creates content for EA, Virgin Music, and ADIDAS to name a few.

We managed to catch Josh during his busy lifestyle to catch up and see how life has been since Love Island.

Hi Josh, thanks for speaking to us! How are you?

What have you been up to recently?

I’ve actually just got back from a skiing holiday with friends, which was nice to take some time out.

A few weeks ago I went to the NBA All Star game in Charlotte, North Carolina as I was working for Sky Sports covering the game and being their ‘roving reporter’. I was interviewing a lot of the basketball players at the dunk competition and general All Star games. I got to speak with a lot of footballers out there too, like Thierry Henry, Didier Drogba and Patrice Evra, which is always good fun. I created lots of different content with those guys and found out why they’re so in love with basketball as sportsmen themselves.

You started out by creating content on Snapchat. It didn’t take long for LADbible and SPORTbible to notice you which led to a whole range of opportunities. Did you ever think that your Snapchat videos would be the start of your career?

You know, you can’t even dream of it! You’ve got to start somewhere, and I just went for it. I was a one-man band, editing his own videos and creating content on Snapchat that was engaging for the audience. I took a risk and had very few followers, but I worked really hard and it just took off. If I look back now my old content makes me cringe, but obviously LADbible and SPORTbible took notice and said “wow – he can actually do this!” 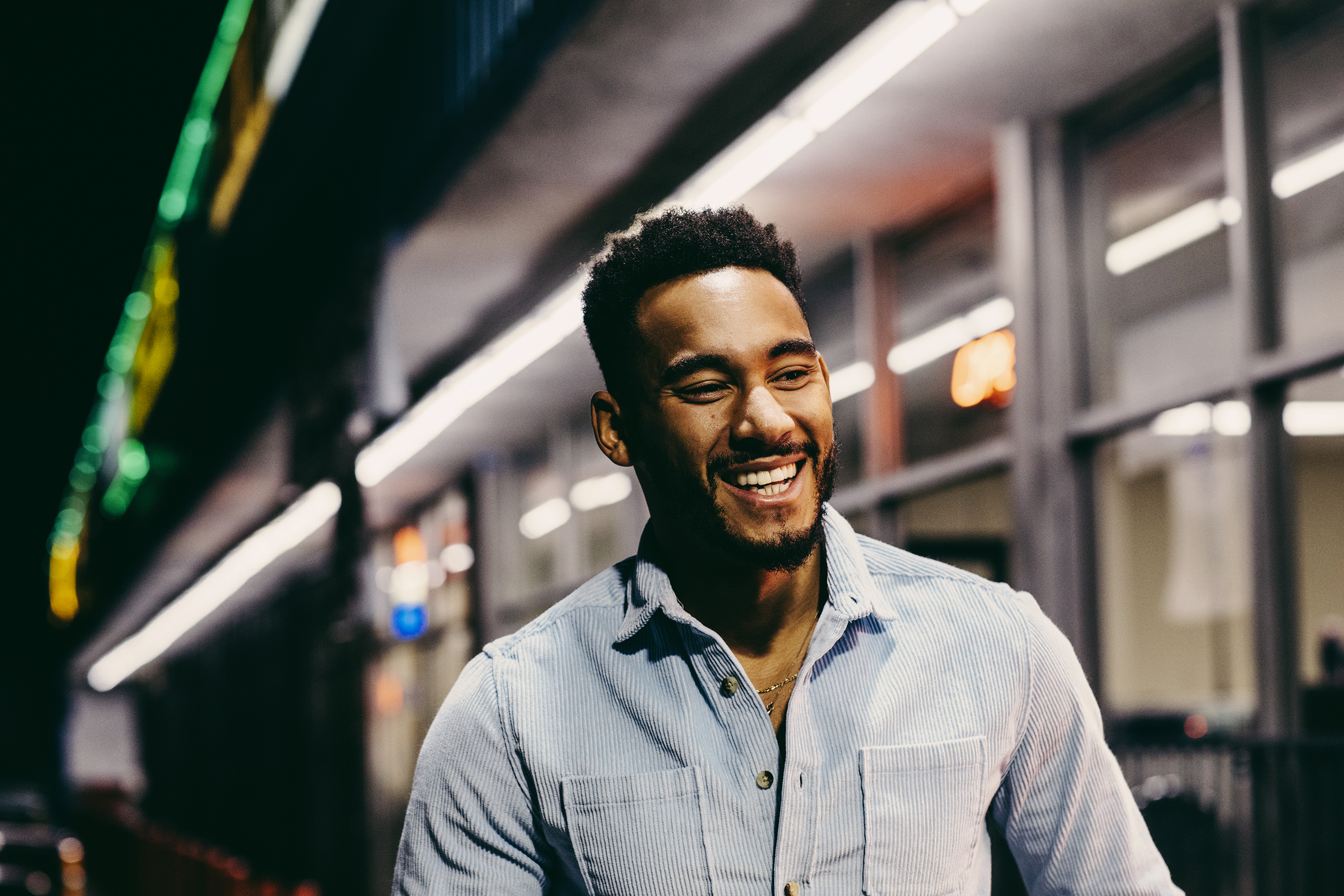 What was the shift from social media to TV like when you went on Love Island?

In TV, it’s different; you don’t see audience’s reactions. You don’t see the cameras as they’re hidden in the walls and ceiling, so you don’t feel like you’re being filmed all the time. It was quite nice to talk to the camera in the beach hut, because I was used to it already in my career.

After Love Island, I got offered a lot more TV opportunities, like with Sky Sports. It’s great, because it’s a different audience, the production value is a lot higher and I’m getting to do my dream job as a presenter. But you have to know your stuff. The audience there might just know you for Love Island, so you always have to be on top form.

Why did you choose to go on the show?

It was a bit of a strange one, because I didn’t actually plan to go on Love Island. They messaged me on Instagram with the pitch for this dating show and asked if I’d be involved. My career was going well, and the World Cup was coming up, so I was unsure, but when I found out it was Love Island it was different and decided to take a risk. I thought, “What’s the worst that could happen, other than miss the World Cup?” 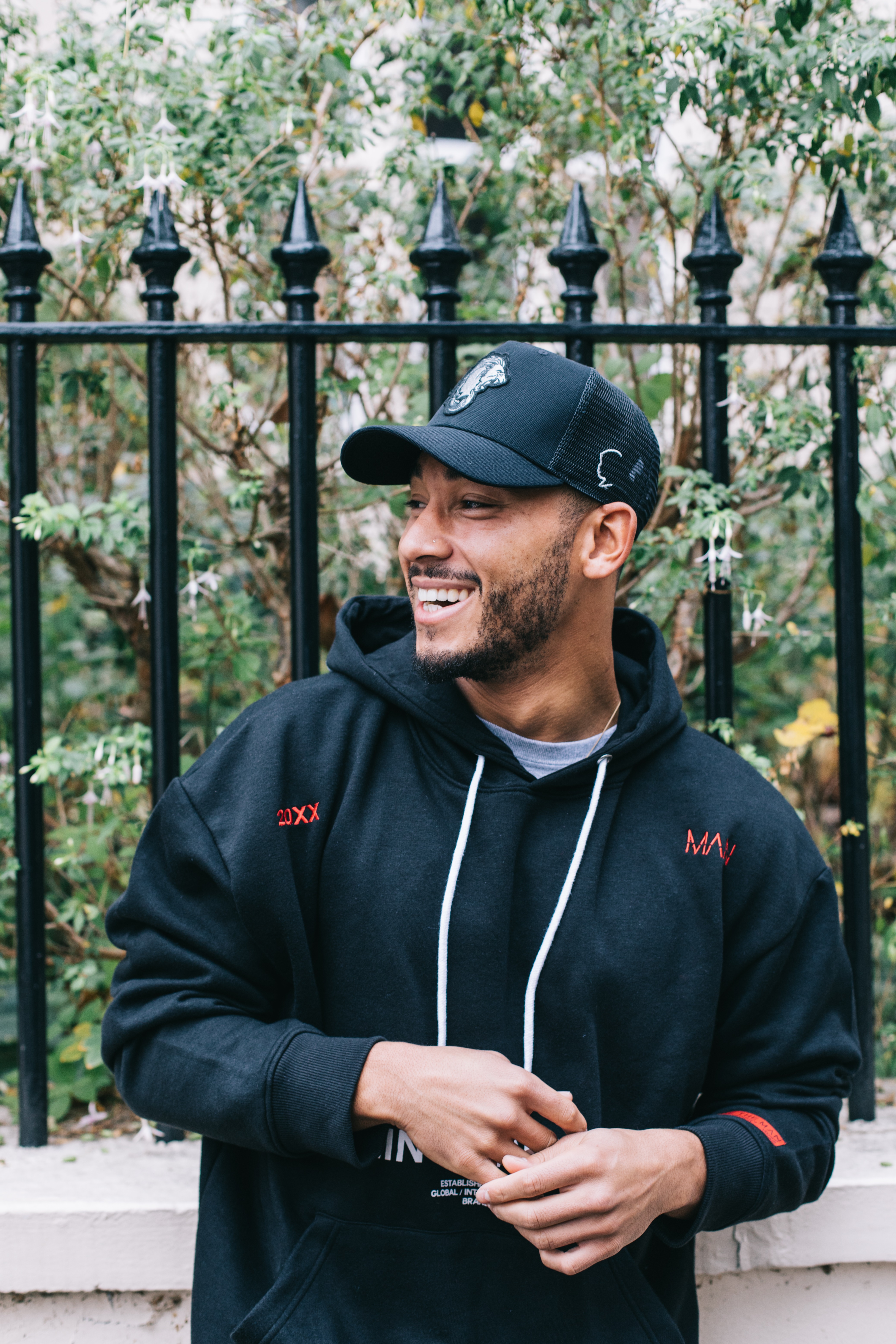 How did it feel when you realised you missed such a great World Cup last summer?

I was gutted! I’d assumed that we would be able to watch it. I thought it would make good TV with us all sat down watching England play, but I very quickly found out that wasn’t the case. I was in lock-down for 2 weeks before the show started filming, and I snuck off to an English pub to watch the friendly match with Costa Rica, and that’s the last I saw until I came out. It was gutting. For me and quite a few of the boys, it was hard to miss our best World Cup in 20 years. I cried a little bit!

There are always strong bromances formed in the villa and your series of Love Island was no different! How important were the friendships you made in there?

Massively important! Everyone really got on, but people underestimate the friendship I had with Jack Fincham and Dr Alex. After eight weeks, you really get to know someone, and they’ve always been there through the tougher times and more stressful situations. Even now, Wes, Jack [Fowler] and I always catch up and talk about what we’re up to. It’s nice to keep in touch because we’re all in the same boat. 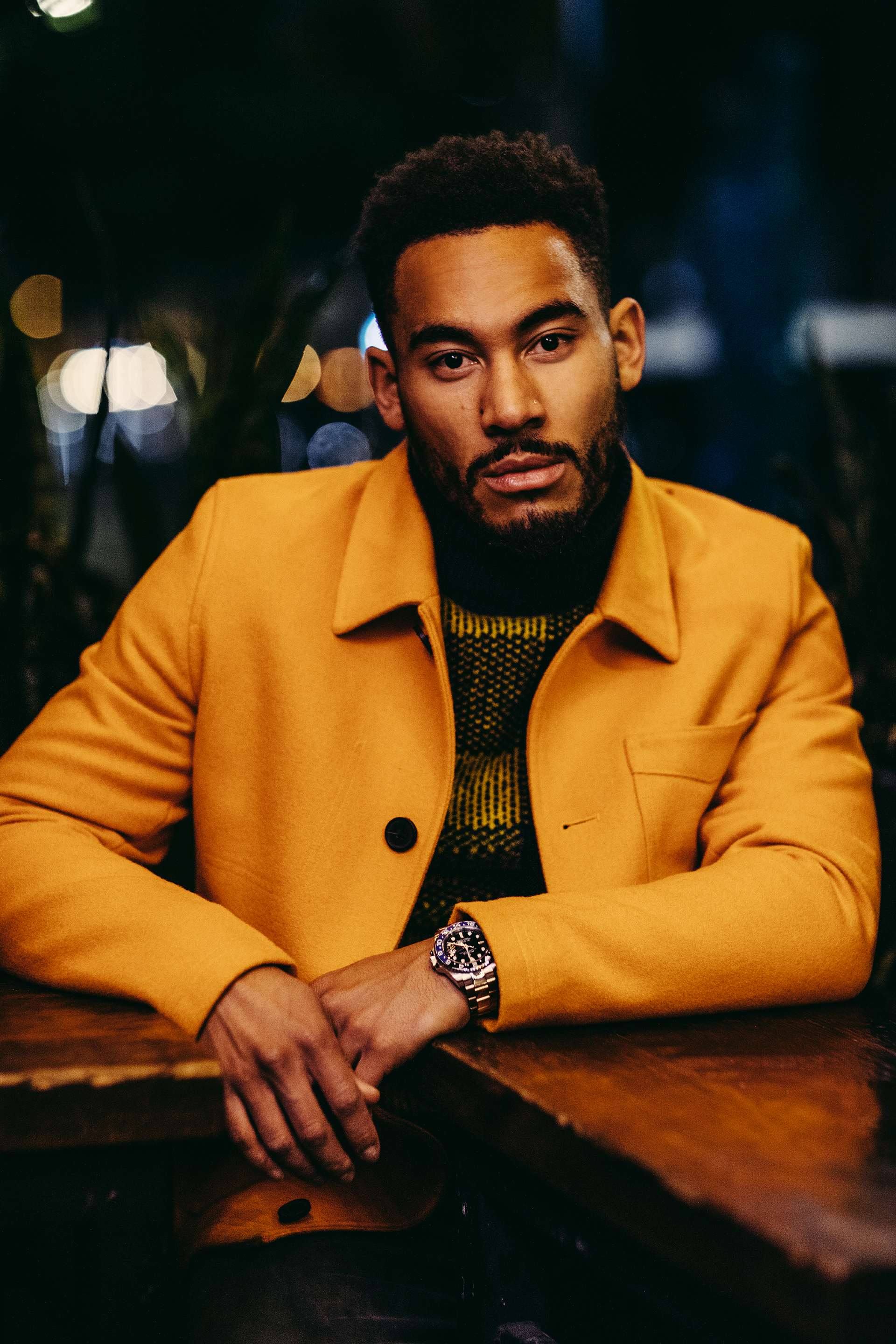 How much has the show changed your life?

You get the opportunity to do things – meet your idols, go to awards shows and travel the world, which is crazy. I always wanted to be a presenter, and this has given me the platform to help me pursue that more quickly than if I hadn’t been on the show. It’s changed my life massively in a positive way.

In your interview for the podcast, ‘Mindset Matters Most’, you speak about the lack of diverse representation in the media – what do you think is going to be key to overcome this?

I think people need to take more risks on presenters and content creators. There’s a lot of diversity in social media, but in TV, you look at big broadcasters and everyone is very similar.

A middle-aged man in a suit doesn’t look like many of the people creating sports related content, or who watch or play the sports themselves. Broadcasters need to take a risk on some young ethnic talent, and not keep going with the same presenters or hosts.

You’ve said growing up, Reggie Yates was a big role model for you. How much has he had an effect on how you got to where you are today?

Growing up, I looked at people like Reggie Yates and Richard Blackwood, and knew it was possible. They’re pioneers! They made it seem like it wasn’t a pipe dream, and it was possible to be a young black guy on TV. You don’t have to just be the ‘funny guy’ or the entertainer, you can create hard hitting content with meaning. They’ve proven there’s more to it than being an entertainer. 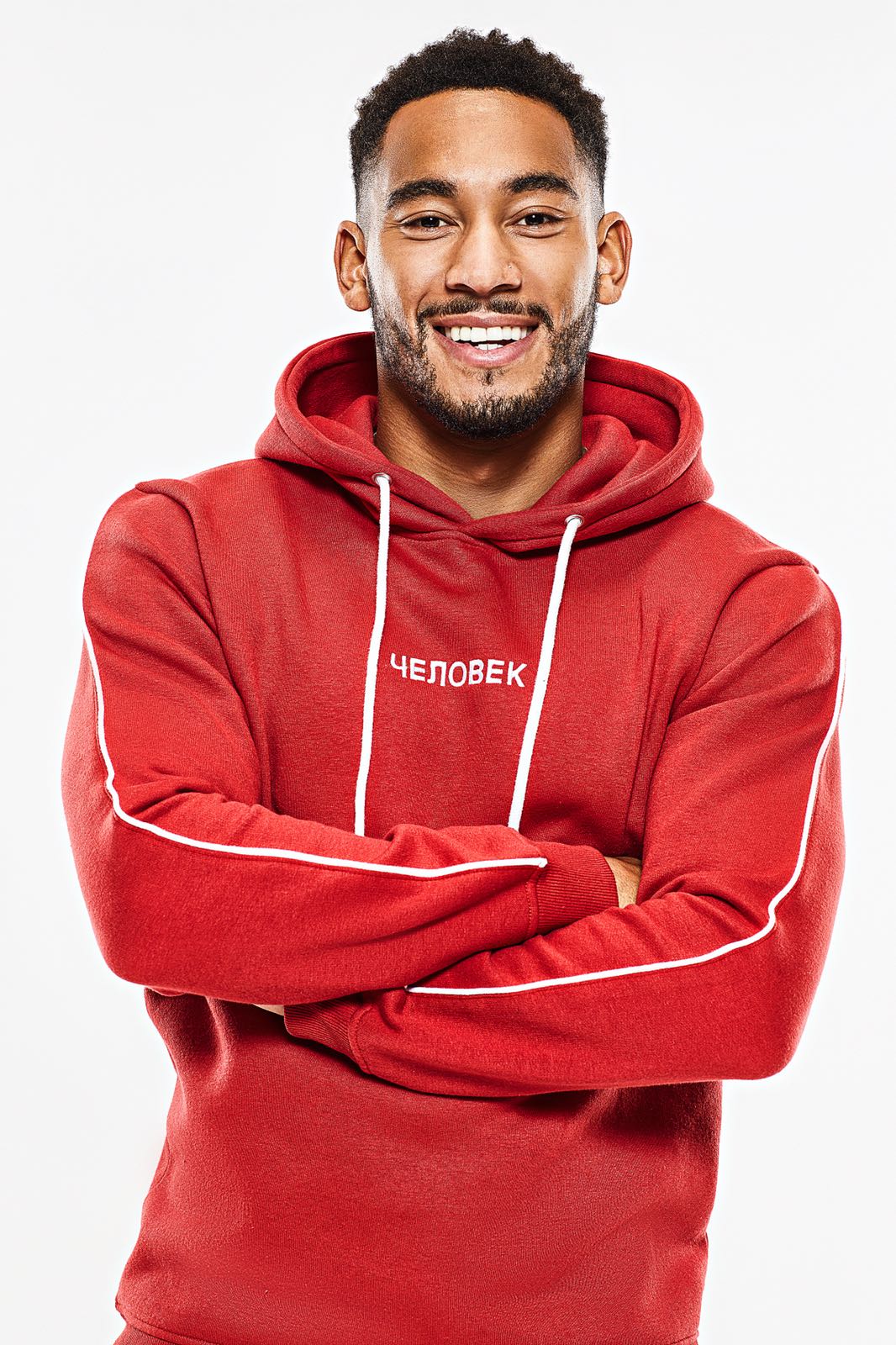 I’m about to fly out to LA with boohooMAN to create some content around their exciting new ambassadors. Then I’m going to be one of the main presenters for the new Cricket World Cup this summer – which I’m very excited for! I’m hoping to work with Sky Sports & the NBA more too; I’ve covered the London and All Star games, so hoping that will be a long-term partnership.