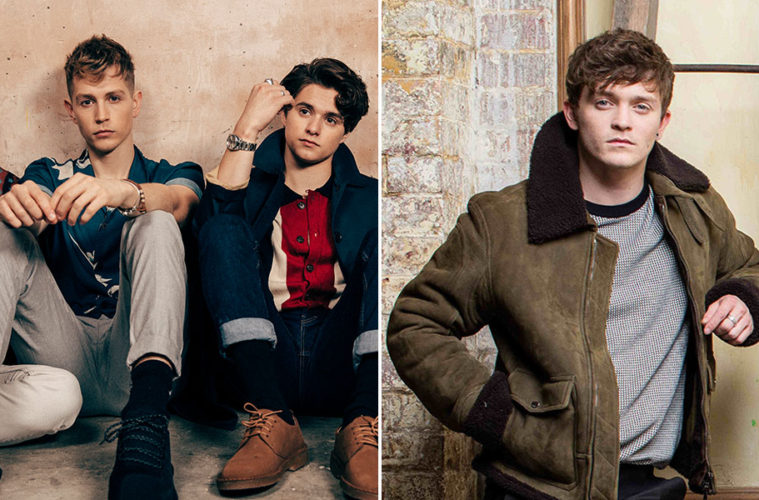 We spoke to bass guitarist and backing vocalist Connor Ball of The Vamps fame about their new single ‘All The Lies’, their upcoming ‘Missing You’ EP, strange fan experiences, playing The O2 for the fith year in a row, zombie survival tactics, and more!

Hi there Connor, thanks for taking the time to speak to us. How was your time off after your consecutive world tours for The Vamps?

Could you tell us about your new single, All the lies? What was the inspiration behind it?

We actually went out and wrote All The Lies with a few people on the Spotify writing camp. The line which started the song was: “Of all the lies I heard, I love you was my favorite.” That sparked the idea for the rest of All The Lies, so that’s the general gist of the new single. We had the song but it didn’t have all the production around it. It was very minimal, basic. Then we sent it off to our publishing people and they heard that Alok and Felix Jaehn wanted to get involved with it. They did a version and we were like “Oh my god, we love that.” Fred sent it back, and then that was it.

The Vamps have been touring around the world throughout the last year. How would you describe the touring life for you guys?

It was amazing. I think, out of everything we do, it’s our favorite part of the job. We just love playing shows and love playing the music which we’ve written out to the audience. I think that’s like the payoff, do you know what I mean? We do quite a lot of work in the studio, along with the writing, so when you see on stage when people sing back it’s like “Oh my god.” 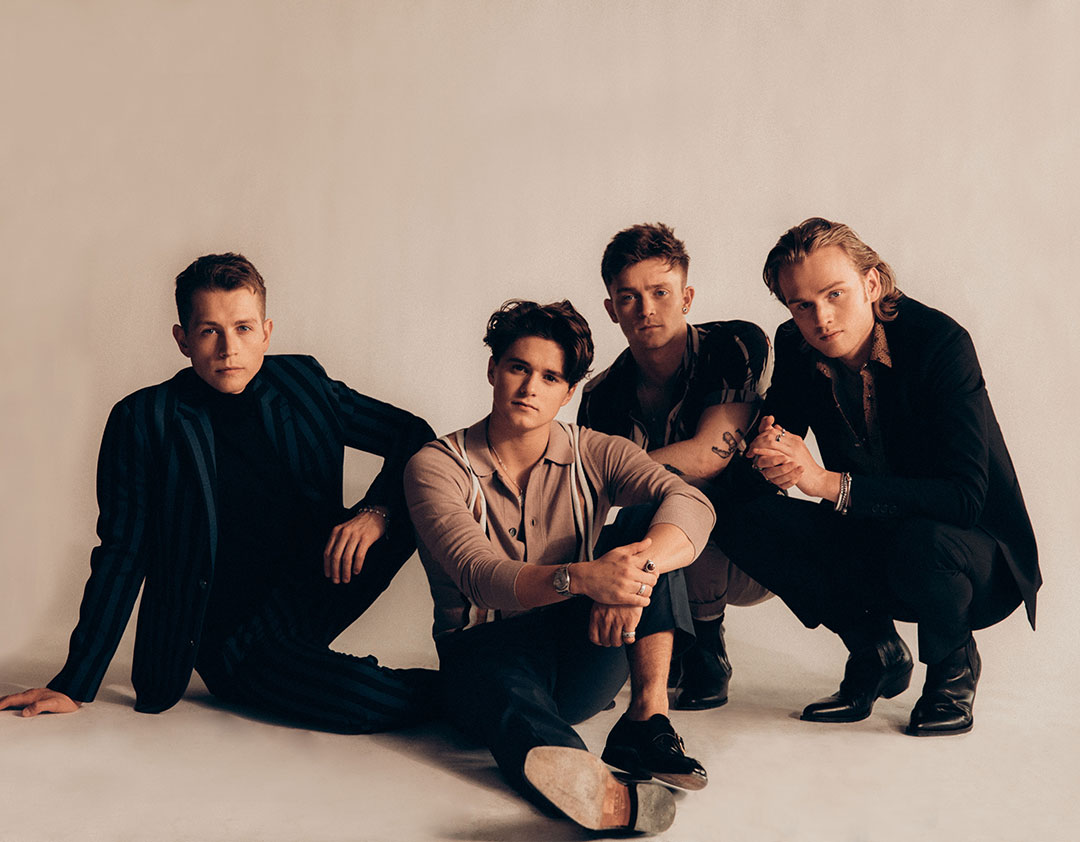 How would you say the band’s dynamics have changed over the years?

I think when we started we were very young (I was 16). It’s changed a lot in terms of that; we’ve definitely matured, and become better musicians with what we’re playing. Especially on the new EP which is getting released this month. It’s been completely done ourselves – produced and written – compared to before when we were a bit younger and we hadn’t produced a lot of stuff. We were all working with our producers in the studio, but now we can say that we’ve done it ourselves; completely ourselves. We can be completely proud of it, you know what I mean?

You’ve already accomplished so much at such a young age. What’s it been like growing up in the public eye as a member of The Vamps?

Fine really. I think there’s the thing that if you weren’t in a band, it’d be quite hard; if you’re a solo artist, everything’s just focused on you and you can’t bounce off each other. If someone asks a weird question or something like that, we can’t look at each other and ask, “Can you help me? Can you jump in?” I think that’s a really good help. We all get on so well, and that’s really helped us. We don’t really struggle with it. It’s just been a great time really.

Where is your favourite place to tour and why?

Mine personally is Australia I think; I absolutely love that place. The people are lovely and you get good weather, so yeah, it’s amazing. 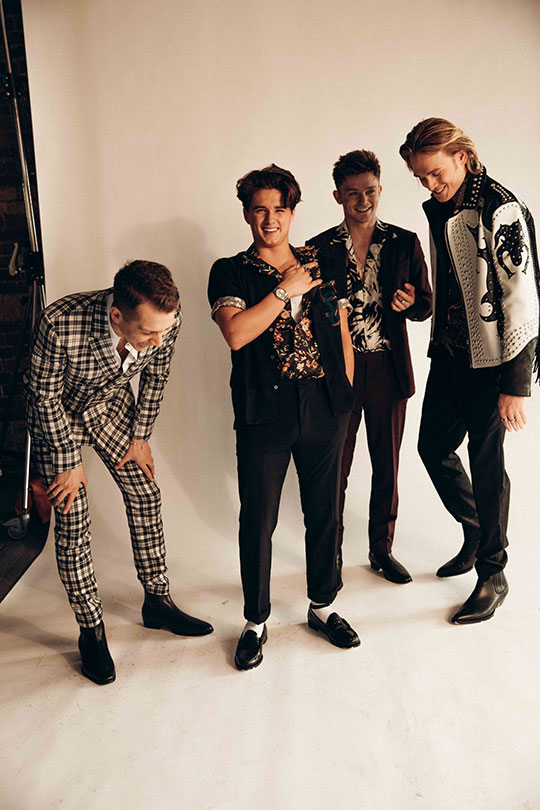 Have you had any strange fan experiences during your time in The Vamps?

Yeah, we’ve been sent quite a few funny things, and by funny I mean quite disgusting. We get sent people’s body hair, that sort of thing. I mean, it’s lovely that they want to be supportive, but I don’t know if body hair’s the right way to do it.

You must get tons of weird stuff like that on social media?

Yeah we do, to be fair. I think we’ve got to a point where we learned to either not look at it, or just ignore it.

What would you say your favorite showbiz moment has been so far?

We just got presented with a plaque for headlining the O2 for the fifth year in a row, and apparently we’re the first ever band to do that. That was a pinch-me moment today that we’re really proud of.

Could you tell us a bit about your upcoming EP and any other music you might be working on?

We’re just about to release the EP, so we’re still always writing but we are really proud of these four songs that are going out. They’re like our little babies, do you know what I mean? We’re just really proud of what we’ve done with these and the all so purple tour because they are quite different as well. The song which just came out with Krept and Konan, I don’t think anyone else would predict, considering we’re in two separate genres completely. But we somehow made it work. Hopefully people will enjoy that.

Over the years, you’ve struggled with generalized anxiety disorder, panic attacks, and depression. How do you feel the media portrays celebrities who suffer from these kinds of conditions?

I think fortunately in the last two years, definitely, it’s been getting a lot better and people are starting to speak out about it. Especially men; I’m proud to be part of that sort of group of particular men who have been speaking out about it. I think it’s just one of those things which will over the years become normal; I think that’s the way it needs to go.

Especially if you’re in the public eye on social media – it’s just addressing the issue, I think, that is the main thing, if you can speak about it from a younger age. I think in school a lot of kids today are being taught about it, because otherwise they can get to a point and not realize what it is until it’s too late. 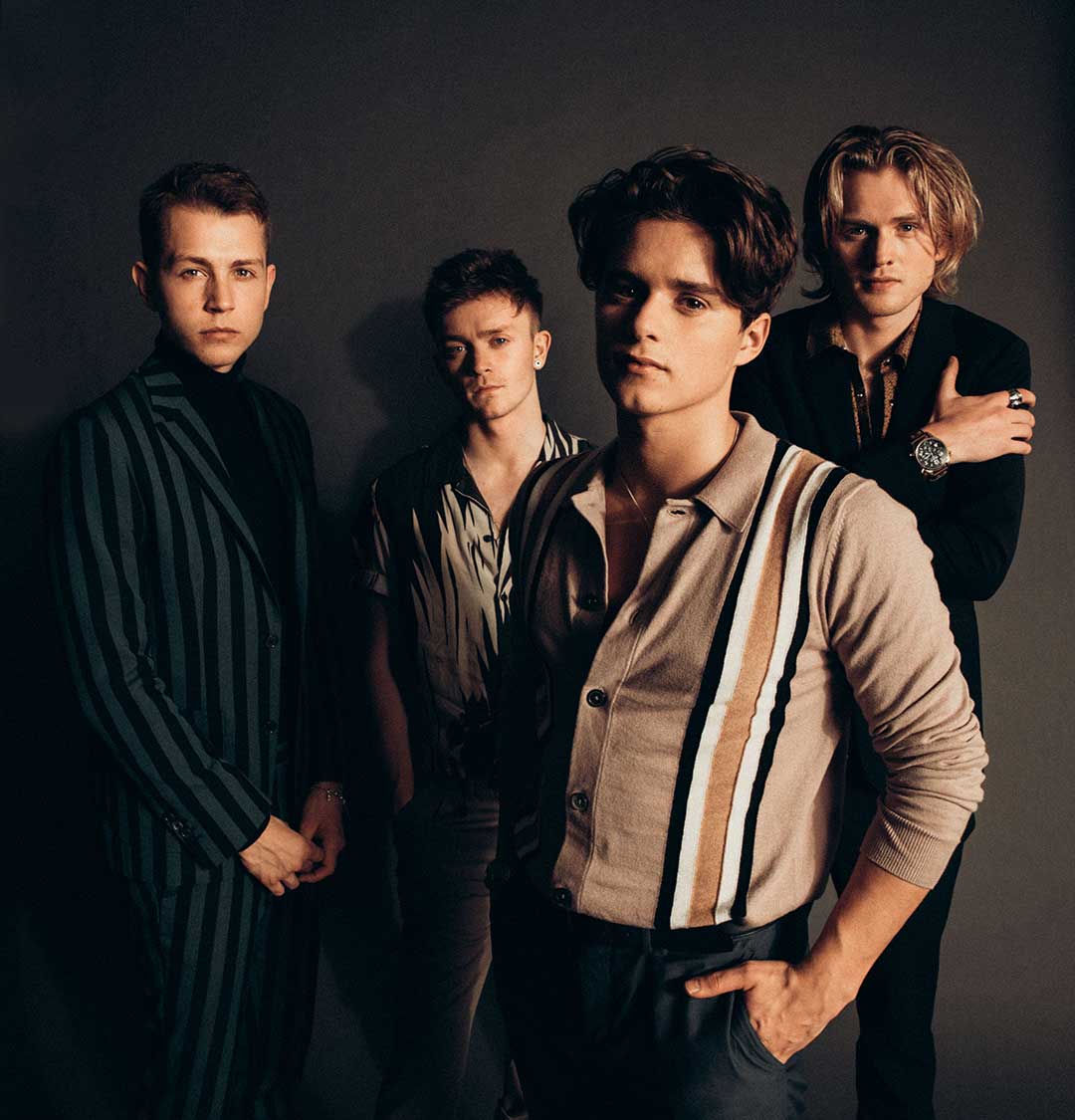 We’ve got a couple of random, quick-fire, questions now. In the event of a zombie apocalypse, what would be your plan of action?

Do you know the shop CostCo? I’d head to CostCo, because they have a range of weapons, loads of food in bulk, and just sit in there until it was all over really. They have a bit of everything, it’s basically a house. I think that’s what I’d do.

What’s been the moment in your life when you’ve felt the most embarrassed?

We fell off the stage at the O2 a couple of years ago in front of 20,000 people. I literally walked off the end of the stage and everyone laughed at me.

You cracked on though.

What is next for you guys?

Much of this year is pretty busy for us. We’ve got a tour, and then we’ve got a lot of festivals all over the world; a festival in Japan and in Korea. We’re keeping really busy until the end of the year really. After that, I think we’ll probably think about starting writing the next album, if we do that, or start another body of work.