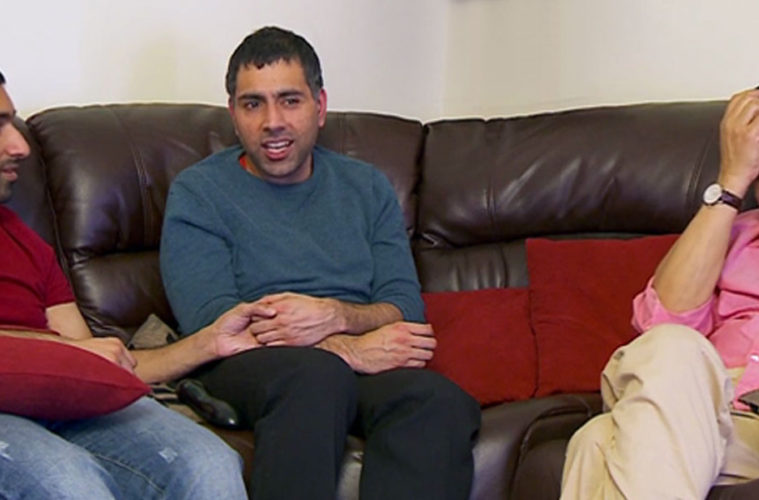 Hello Umar, please can you introduce yourself for us. Gogglebox

My names Umar and along with my dad Sid and my brother Baasit I appear on the hit Channel 4 show Gogglebox.  I’m also employed as a Biomedical Scientist for the NHS, a job I’ve been doing for close to twenty years.  I went to the University of Leeds where I got my B.Sc. in Medical Microbiology.

Gogglebox is a weekly TV show that runs for two series a year; each series is about fifteen weeks long. The basic concept is capturing and putting together various families’ reactions to television shows, news and films interspersed with a bit of insight into the lives of the participants. The comments are wholly genuine and entirely unscripted and the families represent a broad cross section of the British TV viewing public.

How do the Siddiquis feel being part of the show?

We love it ! Our family ‘The Siddiquis’ have been involved on the show since it first started and in that time we’ve watched and commented on a number of TV shows that have been either heart-warming, nail biting, side-splitting, hair-pulling even head-scratching. There’s nothing we’ve been shown that doesn’t have us saying something about what we’ve just watched.

What makes you a good TV watcher?

As a Biomedical Scientist I am by nature quite analytical so I love to watch programmes where I can read between the lines of what’s going on and see if there’s any subtext. You may think that it’s only documentaries and news that I’d be interested in but I find that there’s subtext in nearly everything we watch, even something like ‘The Great British Bake Off’. Also as a bit of a know it all I love watching quiz shows.

How do you feel about the shows that you watch?

I’m finding that more often than not TV programmes are getting more engaging and the makers of shows really think about who is watching them and how they can get viewers to keep watching them. We’ve watched some fantastic dramas with so many twists and turns that you almost feel like you have to jot down what’s being said and to whom just so you can keep up with the plot. We’ve watched documentaries that bring a new level of intimacy and insight into the lives of people and animals and we’ve watched those seemingly random programmes that just come from nowhere and seem so bizarre that you truly start to believe that there is no limit to what can be shown. And it’s not only programmes that you usually watch or fall in your comfort zone that makes for absorbing telly. We as a family would never watch (or confess to watch) something like ‘One Born Every Minute’ but it’s often those programmes that get us talking the most.

How do you feel Science is represented on TV?

I think that the world of science is adequately represented on television and quite often these programmes are accessible, informative, well-researched and have a broad appeal.   It’s human nature to want to know more about ourselves and the world we live in and television is an excellent medium for communicating current ideas and scientific practices and also in showcasing new research.  There is also a duty I feel for television to keep the public informed on matters such as climate change and antibiotic resistance to safeguard future generations.

Looking back and now how would you describe the whole Gogglebox experience?

It’s both strange and amazing to be part of a show that is as popular and well-loved as Gogglebox and sometimes I feel that I myself am part of some societal post-modern experiment, maybe in fifty years time they’ll make a show about this funny little show where people would tune in to watch other people watching television and try and get to the bottom of why it was so popular.