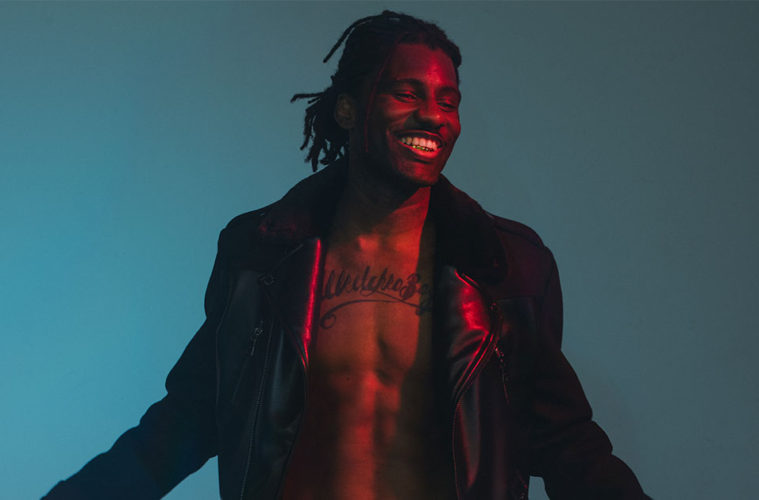 Wretch 32 discusses his musical mission, Affi Me, and YouTube Comments

North London British Hip-Hop/Grime artist Wretch 32 has been effortlessly creating music since 2006. During his career he’s won multiple awards for his natural talent, has worked with the best in the industry, and is totally focused on constantly improving and becoming the best. We were lucky enough to speak to the man who’s currently making musical history, to talk about his latest releases, collaborations, festivals, and tips for upcoming musicians.

Hello Wretch 32! How’s things, what are you up to right now?
Literally just cruising around the streets.

You released a song called ‘Affi Me’ to celebrate your birthday and as a treat for your fans! That’s a really nice thing to do! What kind of a reaction did it get on the day?
It was good, man. It’s nice to put stuff out and not over think. I’ve been a victim of over thinking stuff in the past and now I’m in a different space where if I make a record on Monday, why can’t it go out on Wednesday? I put out a freestyle every year on my birthday. Initially I was just going to put out 1 record which was a freestyle, called 33style, and then thought “why not put out an actual song as well?” so I just wanted a bit of a double whammy to make it special. 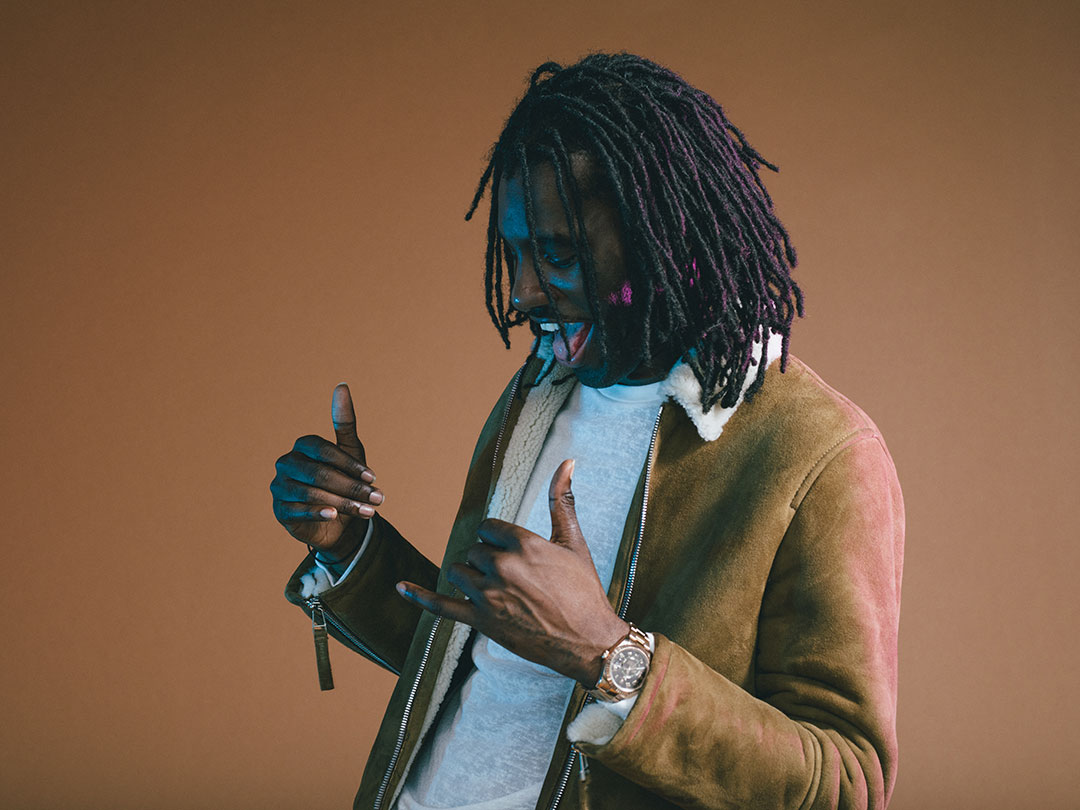 That’s really cool. Your voices [Wretch 32, Culan and Masicka] complement one another perfectly and the song is amazing. Does a track like this take longer to produce as there’s multiple artists featured – can you talk us through the process?
All the records I make start with me. That’s the common denominator and the beginning of the musical circle. From there I kind of feel out what vibe it is and if there’s a feature that can feature on it, who will compliment it and what does the person represent. With a record like that [Affi Me], I really wanted to go to Jamaica and get an authentic Jamaican artist. We got Masicka, and Culan is someone I’ve been seeing put quite a lot of stuff out online, on Instagram. I thought he’s got an interesting voice and take on dancehall music and thought it would be a nice way to introduce him to a bigger audience as well.

How did you make contact with Culan?
Through my producers. They put me on to him because they work with him as well.

‘Affi Me’ is the follow up to the critically acclaimed fourth studio album ‘FR 32’, featuring the likes of Kojo Funds, Avelino, Yxng Bane and Kojey Radical and combined your effortless lyrical capabilities with infectious melodies. I can’t get enough of your Whitney Houston sampled track ‘Tell Me’. It’s such a feel-good tune. Was it tricky deciding who to work with on such an iconic track?
Do you know what, I was literally in my car one evening. I think I was listening to Heart or Magic, and a Whitney Houston song came on. The intro to that song is so infectious that I just wanted to re-work and play with it. So once I went in with my producers, I was like “let’s put a kinda clubby RnB/dancehall vibe on it”. After I put my part down I knew who I wanted on the chorus and I’m a massive fan of Kojo Funds.

I was reading the comments on the video and someone wrote “Wretch32 is a lyrical, musical genius. The album is a masterpiece.” Which track from the album do you have the deepest connection with?
Probably ‘Time’, because obviously it’s about the passing of my uncle. It’s funny because it’s a record that I can’t really listen to everyday. I’ve only ever performed it once and I think I will only ever perform it once. It tugs at the heart strings. 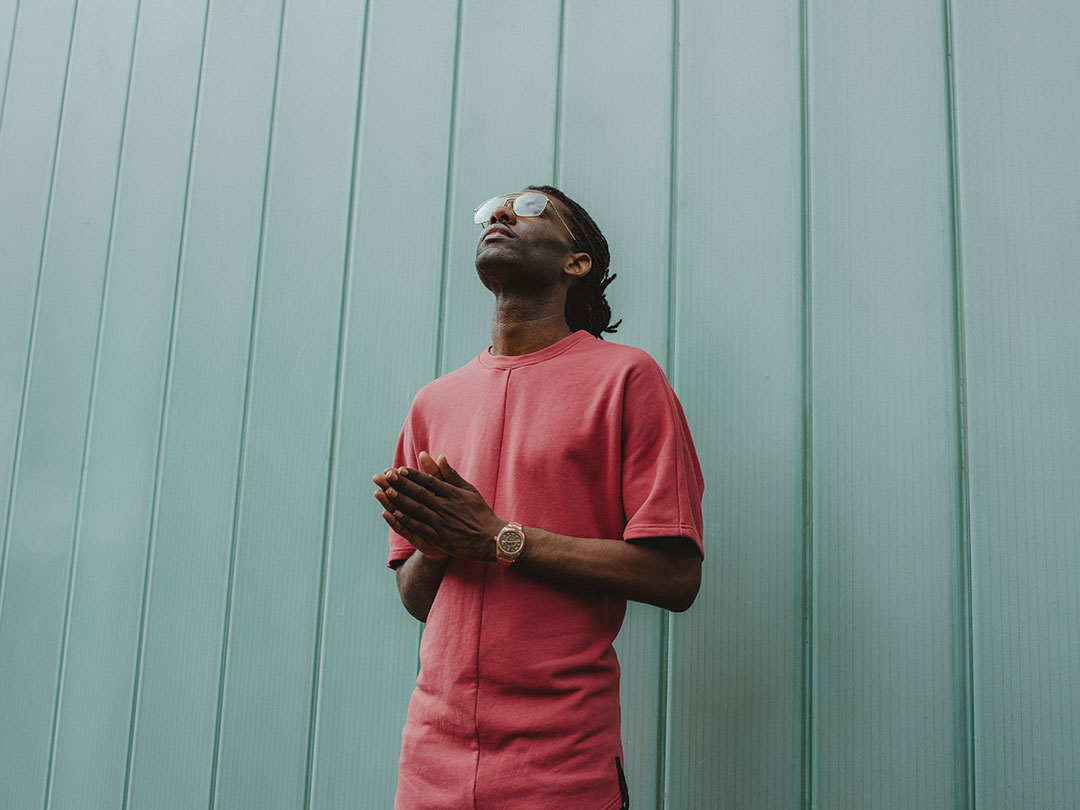 Who are your top 3 musical legends you look up to?
Bob Marley, Michael Jackson and Kanye West.

If we rewind to when you were younger growing up in Tottenham, was it always a dream of yours to become a successful musician and did you ever imagine the level of success you have achieved?
I always wanted to make music and for people to enjoy my music. I didn’t know I’d be fortunate enough to be able to sell it. That’s more of a dream or a wish. As corny as it sounds, you’ll often hear musicians say they’re living their dream. That’s because we just wanna write, record and perform. To get paid to do that is an honour. 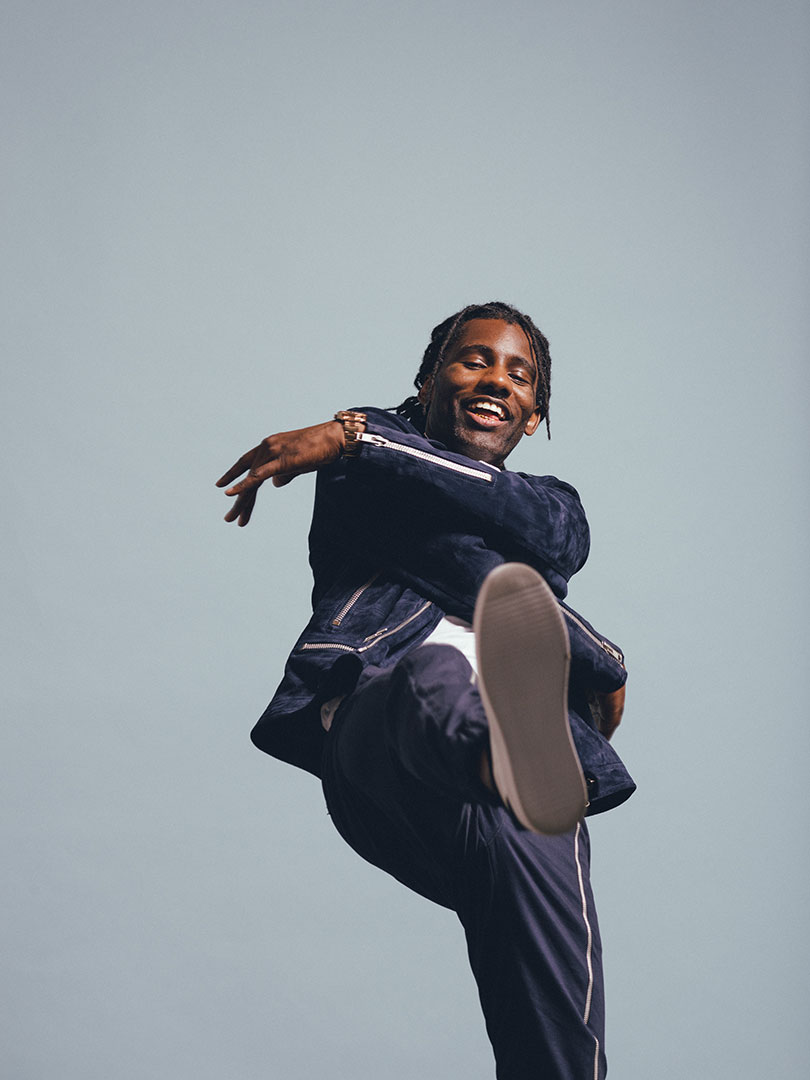 All eyes seem to be on British Hip Hop and Grime right now, and you’re in the heart of the scene. Do you ever sit back and let that sink in? The fact that you’re a part of creating a new musical movement?
It’s funny because when you’re making history, it’s hard to sit in the present and appreciate exactly what you’re doing. It sounds weird to say that but I mean that in the sense where, almost what I’m a part of or what I’m doing, is beyond me. I don’t wanna sit back, put my feet up and admire it whilst there’s still work to do. I think you do all the admiring and things like that at the end. At this moment in time, I’m always focused on the next thing and ask myself how can I better it, how can I perfect it? So I’m always pushing myself to get better. Getting better is the end goal and once you become the best, everything else is gonna fall into place.

Are you a perfectionist by nature?
Not in anything else no. Music is my baby, man. I understand it and it understands me.

You’ve obviously worked alongside some massive names – who’s been the most fun to work with?
Emeli Sandé. She is nothing short of phenomenal. She’s by far the best person I’ve seen create. How she does it, what she says, how she comes up with it, how sincere she is, how talented she is. She’s just an amazing artist man. I was just in the studio and kind of in awe, watching her make what she makes. That doesn’t happen to me very often.

When it comes to writing music, do you have a preferred way of doing so, or place to be, or is it a matter of jumping in the car and going for a cruise? What’s your process?
I need to be in the studio and it needs to be loud. And I just need to feel it man. As long as I can feel it, they will feel me. That’s the most important thing man, feeling comfortable.

Have you got a top festival tip?
Go there to be the best performer on the day. Go there with that mentality.

What about form a punters point of view?
Just go with an open mind, open heart and open ears.

Lastly, what one piece of advice you’d give to an aspiring artist trying to break the scene?
Work harder than Rihanna or get remotely close to her.