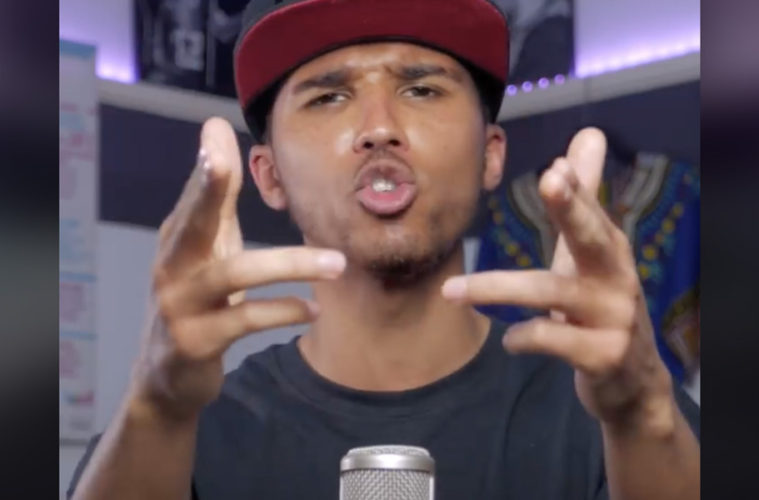 UK Rap and Grime duo Menace and Blaze of Brotherhood have been making music since 2006. Keeping their feet firmly on the ground, Brotherhood have been steadily building a fanbase whilst catching the eye of big names from the Grime scene including Ice, Dot Wrotten and Wiley as well as getting frequent national radio-play. We caught up with Byron Ingham (Menace) to talk about writing, collaborations, and Brotherhood future plans…

Hey Menace, how are you keeping during these strange times?
Okay thanks, I spend a lot of time at home as it is so I’m not struggling as much as others out there are. Grateful and lucky to live with my family too, that helps.

Are you finding that you have more time for music, and how’s the motivation side of things for you right now?
Honestly not much as changed, we record most things at home and we’re still able to do all that but we’re both demotivated right now. Just taking some time to process all of this. I managed to write the bars in the new video but struggled more than I usually would.

When you’re not making your own music, who are listening to?
You know what, I’m listening to a lot of R&B right now, especially from UK artists. It’s making a come back and I’m very happy about it. I love Mahalia, Courtney Bennett, Jamal Woon, Mnelia dropped a banger not too long ago, Tiana Blake, etc. Listen to soulful and happy songs mostly, music is powerful and it helps set the tone of a day. Have to be in a certain mood to listen to hard rap or grime, but on a day to day it’s R&B, afro-bashment or some soul food.

When do you find yourself writing the best lyrics?
Throughout the day, just when something comes to me. A pun or a quotable I want to include. Just jot it down in the notes app and then when I feel like writing, I’ll build a bar around them.

What’s your favourite lyric you’ve written so far, and why?
I’ve never actually thought about this so I couldn’t pick one on the spot, I’d have to go over them haha. One I like that just springs to mind is: ‘I don’t know what’s going on but it can’t be taught by a school teacher, as a yout’ we think our parents know it all then grow up and clock they ain’t got a clue either’.

What do you love most about life?
Probably laughing. Like until tears drop down my face and my sides hurt lol. And I love that no matter your circumstances in life, most people will get to experience this at least once. Absolute euphoria haha.

What do you hate most about the world?
This one’s easy. Avarice.

What’s the biggest lesson you’ve learned from the music industry so far?
Take everything people say with a pinch of salt and don’t shout about anything until it’s done and set in stone.

As an artist, what’s your dream?
To open as many people’s minds as possible, to leave a lasting impression on as many people’s lives as possible. I’ve recently become super aware that everything we make will exist forever (as long as the internet doesn’t shut down lol) so when we’re long gone I hope we’ve left behind a meaningful legacy, at least to someone. First and foremost. And if we can make some money along the way, great haha!

What, in your opinion, is the biggest privilege we take for granted?
We take so much for granted but food and water is probably the most obvious. Over 20,000 people die from starvation a day I think, that’s without thirst or contaminated water, madness when you think about it. In big 2020. We’ve still got a long way to go.

Music or football?
I could live if I never saw a football game or played a football game ever again. My life would be way less interesting and I’d definitely prefer that didn’t happen lol. But not hearing another song ever again in my life? I want a refund.

Best thing about Ipswich?
It’s relatively quiet. That can be the worst thing when you don’t want it to be though.

Any future Brotherhood collaborations you can let us know about out?
Well, putting the lessons I’ve learned (from question 8) to good use, I’m only gonna say the one we have set in stone and that’s Roll Deep legend Manga St Hilare, always wanted to work with him and finally got something we’re happy with. More in the pipeline but not gonna jump the gun and say just yet haha.

What are the Brotherhood plans for the rest of 2020?
Well the plan was to release a project as it’s been 3 years since we last dropped one (FLVD) but Covid-19 has put a spanner in the works just a bit. It is what it is though obviously it’s a privileged problem. We’ll still be recording most of it from home but hopefully the artists we plan to feature have a home studio and can send over their verses! Let’s see…

Follow Menace and Blaze and check out all the Brotherhood music updates here: