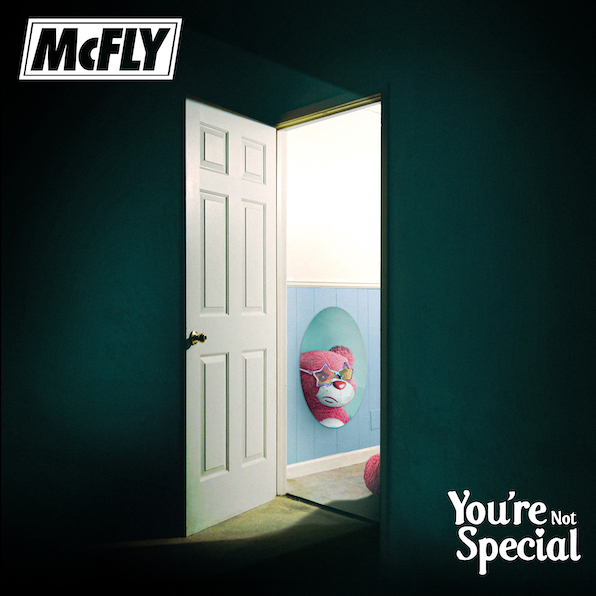 They recently returned to the Official Charts with a No.2 smash hit album. Now McFly follow this huge success with the release of their new single ‘You’re Not Special’.

Written by McFly and produced alongside Jason Perry, the track revolves around a mid tempo groove and 80’s synths, The inspiring lyrics remind us that nobody is more special than someone else. “Everybody is just like you. You’re not special.’

The video was directed by Dave Spearing and filmed on a beach in the Lake District. Watch the video and listen to the track here:

‘You’re Not Special’ is the third single to be taken from McFly’s new album ‘Young Dumb Thrills’, their first studio record in 10 years. Released in November 2020 the band describe the album as “naturally and quintessentially us”.

‘Young Dumb Thrills’ rocketed to No.2 on the UK Official Album Chart upon release, the band’s highest charting album since ‘Wonderland’ in 2003. The album has sold over 40,000 copies already.

McFly also recently launched their own streaming channel ‘McFly Total Access’ as a way of connecting with their fans and giving content in age where we are in our own homes more than ever. Fans receive exclusive video content, live stream performances, band Q&A’s and opportunities to get close to McFly in a way never seen before. McFly Total Access annual members also get first access to tickets, early entry and get followed by the band on Instagram.

Having signed their first record deal since 2009 with BMG, McFly released their first single in seven years, ‘Happiness’ in July last year.  The infectious track was A listed at Radio 2, and chosen as the official Children In Need Big Bubble singalong song. The band performed the track on both Britain’s Got Talent and Radio 2’s Live At Home. The follow up single ‘Tonight Is The Night’ was also A-listed at Radio 2, seeing the band perform the track on The Graham Norton Show on BBC One.

McFly are one of the most successful chart acts of their era, racking up 19 top ten hits including seven number ones in just under a decade. McFly were known for being a rock-solid musical unit, and a line they’d say in interviews – “It’s not always easy, but McFly’s here forever” – became embraced by fans as a kind of unofficial band mantra.

Now living out the next chapter in the bands story, the band remain hungry and ambitious – clearly they haven’t racked up seven gold and platinum albums over the years without putting in some hard graft. But at the same time, they know precisely where their priorities lie going forward.  “We want as many people as possible to hear our new music and when we can, we want to go out and play for our fans,” Judd says. “But for us, nothing will ever beat being able to hang out with your mates and make amazing music that you love. For us, that’s what McFly is always going to be about.”