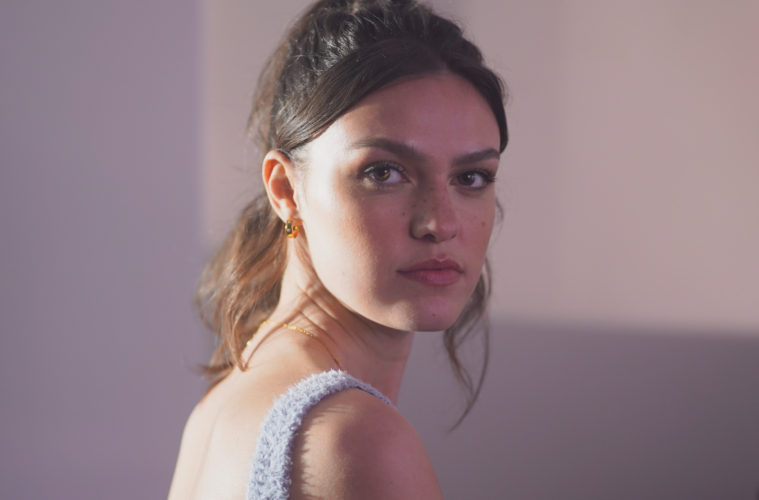 Bow Anderson is a Scottish singer-songwriter known for her natural ability to fuse motown and pop. Her debut EP ‘New Wave’ encapsulated a collection of feel good tunes inspired by 60s R&B vibes, something of which has now provided Bow with her signature soul-pop style. Now, demonstrating that she has many strings to her musical bow, Bow Anderson has just released a ballad entitled ‘Hate That I Fell In Love With You‘. In this Q and A, we discuss Bow’s passion for music, the making of her new single, and the support she has already received from well-known names in the industry…

How about we begin by discussing a little bit about how you got into the music scene. For our readers that may not know, where did you discover your passion for music?

I started as a dancer. My mum put me into classes from the age of 2 years old and I loved it! Years later, aged 12, I went to a performance school for dancing, acting, and singing, but at the time only really went for the dancing. Alongside this I trained and competed in trampolining and (long story short) I had a really bad leg injury which meant that for a while I couldn’t walk (and far less dance), so I still went along to the performance school and found my love for music. I say found my love, I already loved music but I found my voice, as cheesy as that sounds. From then on music became my therapy and savour.

Congratulations on your new single ‘Hate That I Fell In Love With You’! It’s a change from the more uplifting motown-pop songs that you have worked on creating in the past. What made you write such an emotive ballad?

‘Hate That I Fell In Love With You’ is very much a heartbreak song. When I wrote this song it was my way of healing from a traumatic breakup. It’s about all the emotions you have to deal with including vulnerability and loss. There’s such a fine line between love and hate and I hated that I fell in love because the end was so horrible. When I go through a breakup, listening to songs like this give me a sense of comfort, it feels good to know I’m not the only one going through such a low moment, and so I hope this song does the same for those listening. 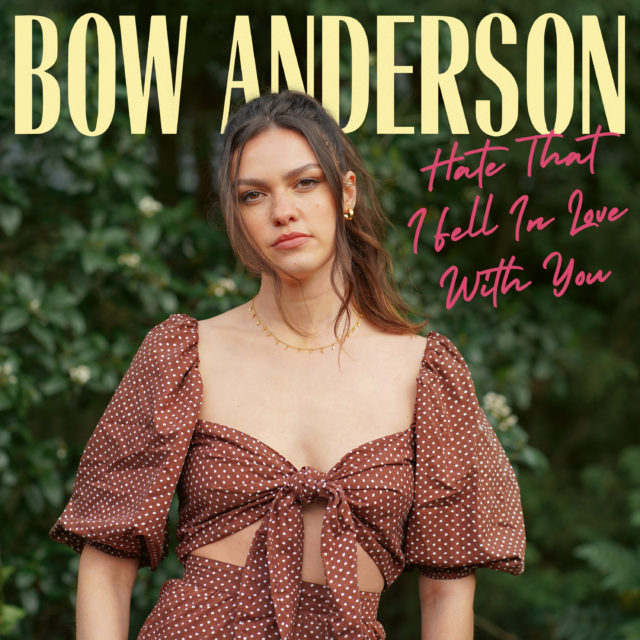 Bow Anderson: ‘Hate That I Fell In Love With You’

You had an impressive team of collaborators on your new single, as well as your debut EP tracks like ‘Sweater’ and ‘New Wave’ – how did you come to working with people like Jonny Coffer and Jamie Scott?

I met Jamie Scott and Jonny Coffer in the early days of living in London. I guess I just met anyone and everyone I could. I was doing various writing sessions around London and these guys were the first people to completely understand what I wanted to create (a soul/pop vibe with hip-hop influence; something fresh). In our first session we wrote my first single ‘Sweater’ which was kind of like the blueprint of ‘Bow’ and from then on everything started to fall into place. These guys are ridiculously talented and I’m very grateful and humbled to be able to work with them. It’s such a nice feeling to know you’re going to the studio to hang out with pals to create great music!

How have you found it making music during lockdown?

First lockdown I really struggled with the idea of not being able to leave the house so I didn’t pressure myself to write. Having said that, when I was in the right mood just sitting at the piano and singing about all the built up emotions I was feeling was so helpful for me. By the second and third lockdown I was a bit less on edge and knew what to expect, so I really got into writing a lot on my own – which in the past wasn’t something I enjoyed. I used to find it intimidating and would never finish an idea, but I’ve learnt to trust in my own creativity more and more. I’ve also done a lot of Zoom sessions which I have got really into! It’s amazing that you can have a writing session with someone in LA and Stockholm without leaving your bedroom. Having said that, I do love going to the studio and being surrounded by people.

Let’s talk dance trends – I know you hinted at a #NewWaveDanceChallenge on your Facebook and I can completely see a ‘New Wave’ dance being the latest TikTok sensation. Is the TikTok/dance trend something you aim to participate in when creating music?

When TikTok came about I didn’t really get it. Having said that, I love it now! I didn’t dance for years when I came to London as music was my full focus. TikTok has made me find my love for dance again. I would love one of the dances for my music to go viral, that would be sick! It’s also so fun to create and learn too (and hopefully entertaining for the viewers haha!).

What has been your favourite TikTok dance trend to date?

I enjoyed learning the 34+35 Ariana Grande Remix Dance Trend! Me and my two pals learnt it in Hyde Park.. we got some funny looks haha!

As a pop artist who is competing to be in mainstream music, do you ever feel pressured to be different or to stand out in the industry?

I feel like I trust that between me and my team we know what sound we are creating which I’m sure over the years will develop and change. Having said that, I feel pressure to be achieving the same goals as other artists around me. I try to always be inspired by other artists but we’re only human and it’s natural to compare sometimes. I guess we just have to remind ourselves that we’re all on our own path with our own destinations. I try to trust the process and focus on the music, the part I love.

So, you already have some very accomplished artists who have praised your music – Elton John and Cindy Lauper to name a few, but who would you most like to do a collaboration with and why?

I would love to collaborate with Beyoncé – she is my queen. She is strong, powerful and smashes everything she puts her mind to. I learnt a lot of how to sing in my early days by replicating songs from her album ‘I am…Sasha Fierce’. Bruno Mars would also be amazing! I love his music! I would love to do a motown/soul pop vibe with him!

What can we expect to see next from your music?

At the moment I’m writing a lot and I can’t wait for you all to hear it! It’s sonically similar to some singles that are already out but we’re playing about and just having fun with it! I guess I’m writing about my current life experiences – I’ve got a lot to say after this last year of the pandemic! Haven’t we all? Haha!

Well, we can’t wait to hear it! Where might we be able to see you play live in the upcoming months?

I have some festivals booked in for the end of summer and then I have two headline shows at a great venue called Sneaky Pete’s in my hometown Edinburgh in September. Then I’m playing at the Courtyard Theatre in London on 7th October. I can’t wait to play live again!

You can listen to more of Bow Anderson’s music here.