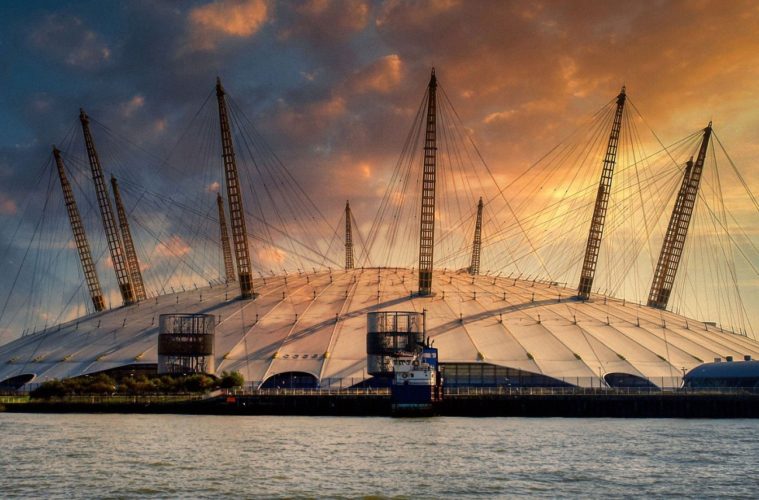 This Year’s Highlights at The BRITs 2021: Griff, Dua Lipa, and Taylor Swift

It’s that time of year again where Britain celebrates its most cherished musical talent, but this year, The BRITs returned in full force with real life people, a crowd, and a stage to celebrate the biggest names in music…

This Year’s Highlights at The BRITs 2021: Griff, Dua Lipa, and Taylor Swift by Jessica Doran

As a slightly awkward Jack Whitehall attempted to relax into the evening, he announced at the beginning of the ceremony that this year’s BRITs were the first live event to be hosted in the O2 arena as part of the government’s Events Research Programme. To celebrate the work that the NHS have done for the UK throughout the pandemic, the audience were also all made up of key workers.

With everyone in high spirits at the excitement of attending a real-life event, the night kicked off with a bang as Coldplay performed their latest single ‘Higher Power’ on the River Thames. In classic Coldplay style, the performance featured explosions of colour, as well as fireworks, and sci-fi hologram backing dancers.

Dua Lipa did not disappoint either: the artist followed Coldplay with a live medley of songs from her Mastercard Album of the Year – ‘Future Nostalgia’. Lipa drenched the performance in British iconography, with her Vivienne Westwood designed outfit paying homage to British musicians (namely the Spice Girls). Dua Lipa sauntered through the tube station at Charing Cross before transforming the tube vehicles into a glittery disco mayhem to encapsulate the futuristic dance feel to her award-winning album.

The night encompassed some incredible performances: an 18-year-old Olivia Rodrigo performed a heartfelt rendition of her song ‘Drivers Licence’, which went viral this year on TikTok before becoming the longest running Number 1 debut single since 2006. After winning the award for British Breakthrough Artist, Arlo Parks also took the stage in a stunning performance of her song ‘Hope’. The stage was decorated beautifully with golden flowers and what looked like a sunset backdrop to reflect the warming lyrics of her song. Olly Alexander (Years and Years) and Elton John also gave an exclusive rendition of Pet Shop Boys’ ‘It’s a Sin’ to mark the success of the esteemed Russel T. Davies drama which brought the poignant conversation of HIV once more to the forefront.

However, without a doubt, the performer that stole the evening had to be this year’s winner of the Rising Star award, Griff. Griff performed her single ‘Black Hole’, and if you haven’t heard it already – it is a tune that will have you bopping in full Griff style. Griff’s vocals boast a unique tone which makes her music fit perfectly into the dark pop genre, but, perhaps more noticeably her live performance on stage just feels so authentic. Watching her move is like watching Prince or David Bowie feel the rhythm and dance on stage. It feels like Griff isn’t performing for an audience, it’s like she’s dancing in her bedroom unapologetically and it’s completely encapsulating to watch. Previous winners of The BRITs Rising Star award have been Adele, Florence and the Machine, Jorja Smith, and Rag ‘n’ Bone Man, amongst many others. So, at only 20 years old, we cannot wait to see what is yet to come from Griff.

Amongst some amazing performances, Little Mix became the first girl band to win Best British Group, paying tribute to their former band member Jesy Nelson, as well as previous girl groups such as The Sugarbabes, Girls Aloud, and the Spice Girls, who they admitted also deserved the award in previous years. J Hus received his first ever BRIT award for Best Male Solo Artist, while Taylor Swift became the first female artist (and non-British singer) to accept the award for Global Icon. In Swift’s speech, she gave a touching piece of advice to rising stars:

‘‘When you put your whole heart and soul into something and it is met with cynicism or scepticism – you cannot let that crush you; you have to let it fuel you. We live in world where anyone has the right to say anything they want about you at any time, but please just remember that you have the right to prove them wrong.’’

Sister trio, Haim, won Best International Group, making sure they quarantined for 10 days in the UK prior to the event to be sure they could attend The BRITs to accept the award. Haim confessed that they hold a soft spot for the UK, which was the first place to ever ‘embrace’ the group. Well, Haim, you are welcome any time!

The night closed with a compassionate performance by the NHS choir with Rag ‘n’ Bone Man and P!nk, as they sung the pair’s latest song ‘Anywhere from Here’.

A full list of the winners from The BRITs 2021 can be found below:

Mastercard Album of the Year:

This Year’s Highlights at The BRITs 2021: Griff, Dua Lipa, and Taylor Swift by Jessica Doran