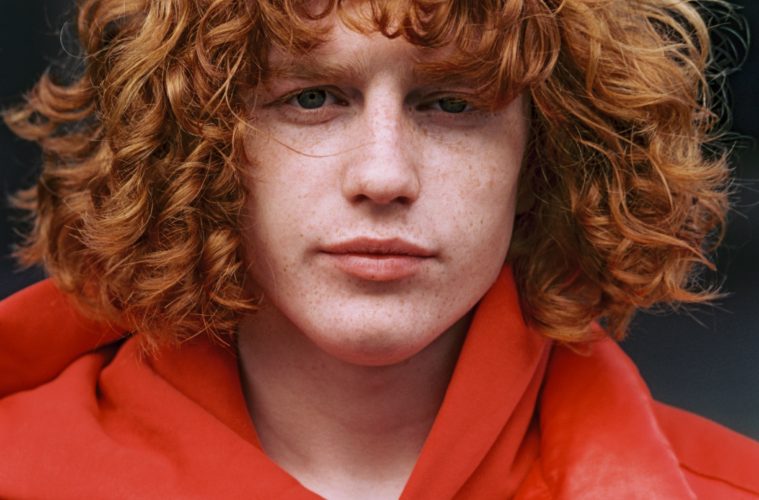 Michael Aldag on His Latest Single, TikTok, and His Musical Inspo

Michael Aldag is the singer song writer turned TikTok star who wants to use his music as a relatable experience for his listeners. In similarity to artists such as Lily Allen and The Streets, Michael Aldag writes what we might term ‘soundtracks to life’, songs which delve into realness and honesty. Having recently released his latest single ‘Tonsillitis’, a down to earth Michael spoke to The Student Pocket Guide about the creation of his new ballad, the influences behind his musical taste, as well as his accidental TikTok stardom…

Michael Aldag on His Latest Single, TikTok, and His Musical Inspo by Jessica Doran

Hey Michael, how are you doing at the moment?/ What have you been up to over lockdown?

Hello! I am doing very well, thank you. Over lockdown I’ve been writing and producing lots of new music. I’m absolutely dying to perform it all live now! Apart from that I’ve just been going on unreasonably long walks and making TikToks.

For those that might not know you, how would you describe yourself as an artist?

My music is basically either me being very self-confident or having a crisis over some synths… there’s not a lot of in-between. I’d say it’s electro-pop for the most part.

It’s cool to hear that you began producing your own music from a young age instead of trying the traditional guitar/piano route. What made you more interested in the pop/synth sound as opposed to acoustic music?

Thank you! I’d love to pretend that I set out with the aim of being some sort of musical maverick but in reality, I used to perform acoustic music live but found recording guitar too hard so when I realised I could press one key and beautiful synth sound came out, there was no looking back. I also LOVE The Killers so I think I was just trying to start making music that has a similar effect on people as theirs. 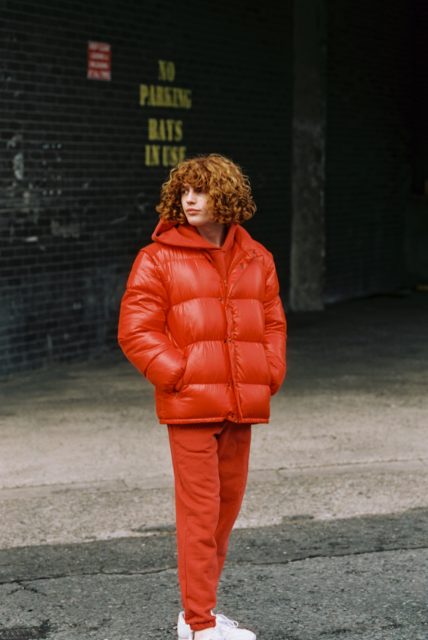 Let’s talk about your new single ‘Tonsillitis’. What inspired the concept for this track?

‘Tonsillitis’ is a song about a breakup I went through. It’s very raw and honest and sometimes I wince when I listen back to it now. When writing it I was so upset and had to turn to music to help myself so it’s full of pain and bitterness. It’s definitely one of the most personal songs I’ve ever written so I’m very excited and also nervous to share it with the world. I’ve also always got tonsillitis so I feel I owe it something ahaha.

‘Tonsillitis’ is a heartfelt ballad and differs to some of your other popular tracks such as ‘Trust Funds’ or ‘Arrogance’. Is it an aim of yours to be versatile as an artist and try different styles of music?

I just make whatever I’m feeling, if I feel like writing a ballad about how I’m absolutely broken then it’ll come out, but then if the next day I feel like I’m on the top of the world that’ll come out in the music as well. Sometimes I don’t really have that much control over what comes out, I just hope and then something happens. I definitely like doing different things though and I don’t want to just have one sound and be forced to do only that.

Like the rest of your music, ‘Tonsilitis’ uses quite matter of fact/honest lyrics. Is it important to you that you portray this element of genuineness as an artist?

Yes definitely. I’d love to be creative enough to think up whole fictional stories and put them into songs but every time I write it’s just about me and my own life. Effectively I have a tendency to talk about myself in my songs, I don’t know what that says about me…

Who can you imagine listening to ‘Tonsillitis’ and what kind of listener is the song aimed at?

Anyone who’s ever had their heart broken or been at a super low point in their life. It’s not a feel good song, there is no redemption at the end of it. If you are sad and just want to feel sorry for yourself for a while, then listen to ’Tonsillitis’. Then play ‘Arrogance’ and drag yourself out of the rut ahaha.

Who would you say your biggest musical inspirations are?

The Killers definitely. I love all of their music, it is everything to me: full of emotion, amazing song writing, great lyrics and music that fills a stage. That’s what I want my music to be too. Also The 1975, the lyrics are fantastic and the melodies are so catchy. As well as that I listen to loads of rap music and I hope that comes through in a lot of my production.

It’s great to see that your September shows are officially sold out! Where would be your ideal venue to perform at?

Thank you! I cannot wait to perform in September I get nervous and excited just thinking about it. I’ve said since I was about 14 that I’d love to do a stadium tour, that’s my dream so any stadium would be amazing!

Who would you love to do a collaboration with and why?

I LOVE Phoebe Bridgers so much. Her music is beautiful and her lyrics are consistently interesting and clever so I’d love to do something with her but to be honest I’d probably be too nervous to be creative in any way. I was listening to her music at the time I wrote ‘Tonsillitis’, so have probably subconsciously stole some of her techniques. In fact, I’d be of no use if I collaborated with her as I’d just be copying everything she does!!

You’ve developed quite a following on TikTok. In what ways do you use TikTok to promote your music do you think?

I try to do live streams on there where I play my music in the background and talk about it with people which seems to work well and I enjoy chatting to everyone. I also just post snippets of my music up there too and see what people think. I posted a song called ‘Teenage Drama’ up there a while back and it got a really good reception so I’m looking forward to releasing that soon hopefully.

Thank you for having this Q and A with me Michael! To conclude, can you tell us a bit about what we can expect to see from your music in the upcoming months?

Thank YOU for having me!! In the next few months I’ll be shooting some music videos, recording more songs, releasing some more tracks and also performing some sold out shows – to say I’m looking forward to it all is a criminal understatement!

You can listen to all of Michael Aldag’s music here.

Michael Aldag on His Latest Single, TikTok, and His Musical Inspo by Jessica Doran