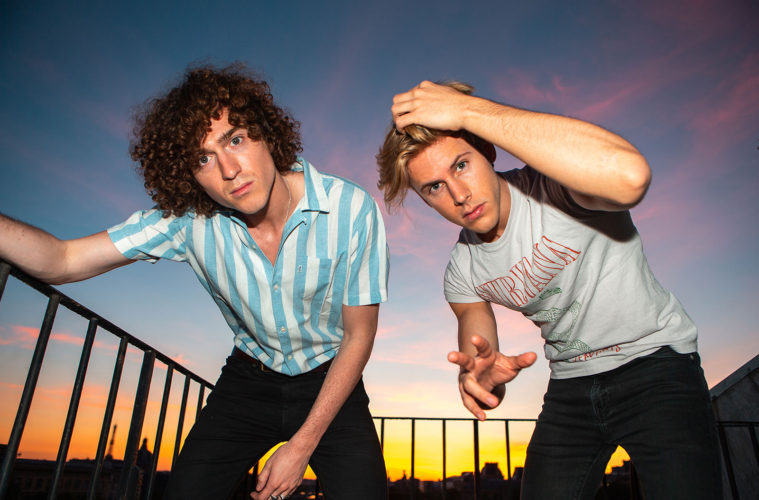 Ofenbach: An Exclusive Q and A About Their New Single With Ella Henderson And The Evolution Of Their Sound

Ofenbach is a French DJ duo, consisting of César de Rummel and Dorian Lauduique. They discuss their current chart-topping single ‘Hurricane,’ featuring Ella Henderson, the creative process behind producing their unique dance sound, and their upcoming projects in 2022 exclusively with the Student Pocket Guide…

Ofenbach: An Exclusive Q and A About Their New Single With Ella Henderson And The Evolution Of Their Sound by Tosan Ebisan

Hello Ofenbach! Thank you so much for taking this time to have a Q and A with me. How are you and what part of the world are you in now?

You’re welcome. Thanks for interviewing us. We’re currently in Europe, in France to be precise. We’re working on our performance for a major TV show at the end of the week. And we’re getting ready to go on promo in Germany next week.

You are very well-known in France, but how would you explain your musical style to individuals who might be unfamiliar with you in the United Kingdom?

Our sound is part of the Dance genre. We try to include our influences in it as well. And there are two big ones: a bit of rock, that we listened to during most of our lives. And a bit of French Touch, that made us want to start producing dance music. 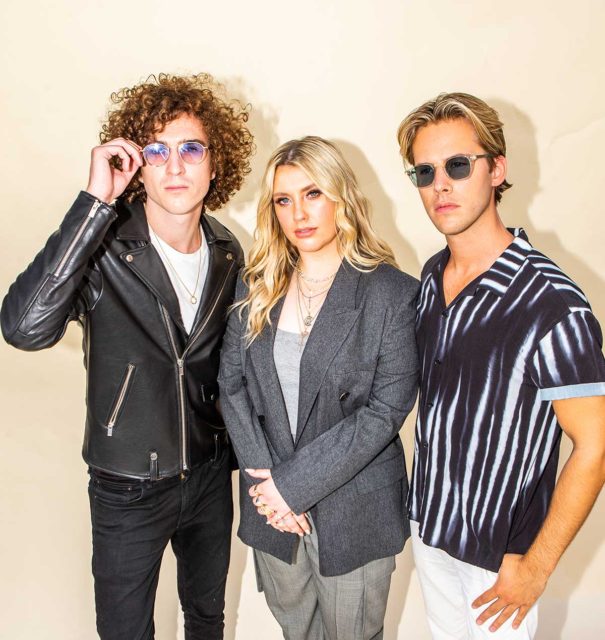 You recently released your latest collaboration with Ella Henderson, ‘Hurricane.’ I expect the song to shape the sound of the upcoming party season. How did you come up with the concept for this song?

We were actually writing music in Germany in a studio, and this one directly stood out from the rest of what we did during these days. Not entirely sure how the concept came up actually haha. But the melodies were strong and powerful so it might have inspired the lyrics.

‘Hurricane’ is an impressive piece that will be remembered as a classic Ofenbach tune. How was your experience working with Ella Henderson?

We finished the first demo and sent it to Ella to check how she felt about it. It was during lockdown, so everything was done remotely then. When she sent us back her first try it was amazing. Since the track is powerful, her voice fit the vibe perfectly. It was a no brainer. She took it next level.

It’s tough to rank our collaborations and choose which one was the most enjoyable. Especially since every new track/collaboration is exciting and is taking all of our focus while we work on it. Also, as cliché as it might sound, every collaboration is different. When we work with Feder, it’s like working with a friend, we know each other for years, we live in the same city. Sometimes collaborations are done remotely, and you don’t know what to expect so when you receive the first versions and when it’s good, it makes you twice as happy.

We would love to make a record with Coldplay one day!

Your official remix for Ed Sheeran’s new single ‘Shivers’ is so creative. How do you decide which songs to remix, and what is your favourite remix you’ve done?

Ed Sheeran’s remix was super exciting. We wanted to do one for him for such a long time so when we listened to ‘Shivers’ we jumped on it right away. When it comes to remixes, there are no rules. It’s just a matter of how we feel we could bring something interesting to a record.

Covid has had a huge influence on so many people’s lives. Is the worldwide pandemic influencing or changing the way you make music now, and how are you dealing with it?

It did change the way we created music, mostly because touring stopped and all of a sudden we had time to focus on music for weeks in a row, which is quite unusual for DJs, since the touring is basically non-stop, and you’re creating music bit by bit in between the live shows.

Now, let’s talk about one of your other hits. How has your current sound evolved since the release of your first chart-topping song, ‘Be Mine,’ in 2016?

‘Be Mine’ was our first global hit. The dance sound was already there, but the rock influences were quite present. Now it’s a bit different, the sound is more dance and a bit less rock.

Have you both always wanted to DJ? What does it feel like to have accomplished so much and to be so well-known in the music industry at this stage in your career?

Not really. We always played music, but for a long time, we were playing in bands together. As in, rock bands. The DJ part came up a bit later in our teenage years. The success we had during the past years is quite incredible.

What are your thoughts on the current DJ Mag Top 100?

Even though we never really tried to get into the competition and be a part of it, we feel like they’re evolving interestingly lately. They’re including more and more left of centre artists, which makes the chart more challenging to get in but also more relevant.

I’m sure your fans are looking forward to seeing you perform your new songs live! In the spring of 2022, you’ll be travelling around Europe and the United Kingdom. What venue are you most excited to perform in live?

We got back to touring last summer, which feels great after the pandemic break. We’ll be in the UK, playing Printworks in London in February. Then we’ll have a tour for 3 weeks in the US, and will be back in Europe for the spring/summer season.

Can we look forward to any interesting new music or projects in 2022?

Of course – we’re working on a few records that we can’t wait to release.

You can keep up-to-date with Ofenbach here!

Ofenbach: An Exclusive Q and A About Their New Single With Ella Henderson And The Evolution Of Their Sound by Tosan Ebisan