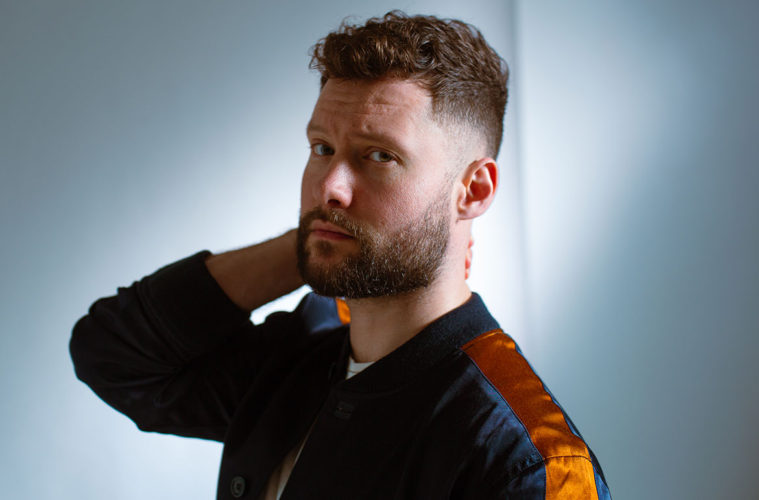 An interview with Calum Scott

We caught up with Calum Scott to talk about his incredible achievement – reaching number 1, new music, collaborations, inspirations and more.

An interview with Calum Scott

Hey Calum, thanks for your time. I must start this interview by congratulating you! ‘Where Are You Now’ is currently number 1 on the Official Big Top 40 charts, beating the likes of Ed Sheeran, Charli XCX and George Ezra, incredible! You must be ecstatic – is this a career highlight for yourself? Can you explain a little about how this has made you feel?

Absolutely incredible!! It is the first number one single I have had in the UK so it is a huge milestone for me, and I got my own trophy! Honestly though, I’m still the lad from Yorkshire that has to pinch himself every time these things happen especially when you are beating Mr Sheeran! What a massive honour, I can’t thank the people who supported this song enough!

What was the first thing you did when you heard it took the top spot?

I was actually in the Caribbean when I found out so went straight to the bar and ordered a bottle of champagne to have with my family in the sun, you couldn’t write it!

How did the collaboration with Lost Frequencies come about, and what was it like to work with Felix?

I actually have history with Felix! So we tried to collaborate on ‘Dancing On My Own’ when we wanted a remix but he felt the song was too much of a monster and passed, but said he wanted to stay in touch… 5 years later he got in touch and said “I have this song called ‘Where Are You Now’, I haven’t sent it to anyone else because I only hear you singing it, let me know if you like it”. I was just about to go on Instagram Live to do my first live version of my single ‘Biblical’ so I quickly put a demo vocal on the track and sent him it… during the live I get a notification from Felix saying “those vocals are fire, thank you, I am putting those on the track”!! As soon as I finished, I text him like “NOOOO they weren’t meant to be final ones!” Loved how eager he was so I finessed what was there and those vocals made the track! Felix is an absolute pleasure to work with – we performed the song in Romania in a stadium and just recently on a beach in Dubai. Both times he has just been such a vibe and so supportive. It’s a total passion project, just two mates just doing what they love with massive respect for each other.

One of the comments to the official YouTube music video says “Listening to this wonderful song all day feels as natural as breathing.” I couldn’t agree more. Did you envisage this track being number one in the UK, and in your opinion, what are the most important ingredients to making a number one hit?

I don’t think either of us knew what to expect from this song. I don’t think anyone does. The important ingredients are passion, emotion, hard work… how successful it becomes is down to the people who listen to it. Felix and I both have such incredible fans and support which with the power of the internet and the industry got pushed to more and more people who might not have heard of us before. We are both so lucky to know that this song has charted across the world and it’s just such a dream for both of us to have created something which has resonated with so many people!

It’s such a brilliant track. How has your life changed now when you look back at before your TV appearance on Britain’s Got Talent? Can you for instance describe what a typical day is like now as a chart-topping artist, compared to what it was like before your huge success?

I used to work in Human Resources sorting out complaints about on-street parking. Life has changed in a big way! I must admit, it is really important to me to remain grounded so I still go back to my home town of Hull whenever I can, but what my ‘day job’ consists of is the polar opposite of what it used to be. Take a few days ago for example, I woke up in Dubai with a pretty sore head after partying with Felix at his club appearance, did a couple of interviews, came back and chilled in the rooftop spa pool for a few hours, got ready, headed to the beach and performed our song at sunset with the Dubai skyline in my view… what is life. I FaceTimed my pals showing them the crowd and the views – got a lot of abuse!

Looking back at the Britain’s Got Talent show, when applying did you have the golden buzzer in sight and what was your expectation from the show before applying?

I was there for my sister, Jade. She was the one who pushed us for the show and obviously I rehearsed for the audition but I was there in big brother mode. I don’t think anyone was expecting the outcome we got. It was bitter sweet for me to watch my sister’s dreams slide away in front of me and then for mine to come true. We are super close so we have moved past it and now she supports me in some shows and I took her to Nashville to write in a few sessions! In terms of my expectations though, I do what I always do and treat every stage like my last and give all the emotion that I can. Luckily, I’m an emotional bloke so I have a lot to give!

Yeah me and Simon reunited a few years after my time on the show and he loved ‘You Are The Reason’ and had it played at lots of golden buzzer moments on the show, suggested it as a finale song for America’s Got Talent winner, Kodi Lee who sang it with Leona beautifully in the final and since has stayed in touch to support my journey. He’s a softie at heart! 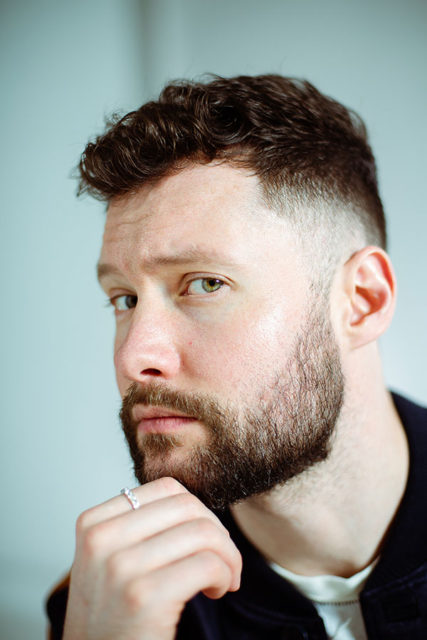 You’ve had some mega collaborations including Lost Frequencies for your latest number 1 banger, as well as your duet with Leona Lewis. Do you have any future collaborations in mind / who would you like to work with in the future?

I’ve always said that my door is open for collabs anything from as obvious as Sam Smith to as obscure a pairing as Doja Cat. Recently I have sang in Portuguese on a duet with Bryan Behr called ‘Da Primeira Vez’, I duetted with the incredible Nat King Cole for his reimagined Christmas album on a song called ‘O Holy Night’ and also on a ballad I helped co-write with an amazing artist called Jasmine Thompson so as you can see, the door is truly open! Still praying for the call from Adele one day though…

Who and what brings the best out of your talent? Is there a particular process, style of working, for example?

Honesty, I learnt was the best way for me to write music. It has helped me write (and deal with) some of my most personal moments which has gone on to help others which to me is what I consider ‘success’. I have discovered over the years which writers and producers help me channel and harness my emotion and have turned to them on this second album but I continue to try and push myself out of my comfort zone to discover new things about myself, like the ‘Where Are You Now’ track. I think my key to bringing the best out of myself is keeping an open mind but knowing what really makes me feel and sticking with that.

What’s been your biggest pinch yourself moment?

There’s been too many to count. I am literally bruised throughout my body from the amount of times I do it… releasing my first album, singing with Leona Lewis, being told by Katy Perry when being introduced for the first time, “yeah I know you, I love your music”, being a Brit nominee… the list goes on.

Musically, where do you draw your inspiration from?

Always from personal and life experiences. Typically heartbreak. I just think whatever I have gone through, good or bad, I won’t be the first or last that happens to. I think real people can relate to real stories and I am honoured that a lot of people feel they have related to me through my music. Having seen the journey of my songs from the first album and the reactions it had, it has solidified in my head the kind of music I need to continue to make and where to draw that inspiration.

What’s the biggest hurdle you’ve had to overcome to get to the position you are in today?

Being confident in sharing my life with everyone and owning it. I have always been quite a private person and I continue to be but I would never have dreamt that I would have shared the things I have to the world! It has been my biggest demon and yet seemingly, my biggest strength. I’ve also never been a ‘front man’ before so I found it hard to command a crowd but again, I learnt that if I am just me, people can spot sincerity from a mile away. (Plus my time as a front man for ‘Maroon 4’ prepared me well…)

What new skill have you most recently learnt?

Can you tell us something funny about yourself that your fans won’t already know?

I can bark like a small dog, I can’t cook to save my life, I have a fear of spiders (but not when I’m drunk) and my first CD I ever bought was ‘Spice’ by ‘Spice Girls’ – cool guy has entered the chat.

Can you give us your top tip for students wanting to break into the music industry?

I think breaking into the industry takes patience, hard work, talent and a lot of love for what you do. You may find that doors close, opportunities fall off, songs or videos don’t get the traction you want them to but PLEASE don’t ever be discouraged. People who enjoy this industry are waiting for the next amazing thing to come, for that song they want to play at their wedding or the one they want to absolutely hammer at the party. Always remain positive and hopefully, it will be you writing one of these interviews to your fans.

The single Heaven and new album Bridges by Calum Scott is out now.