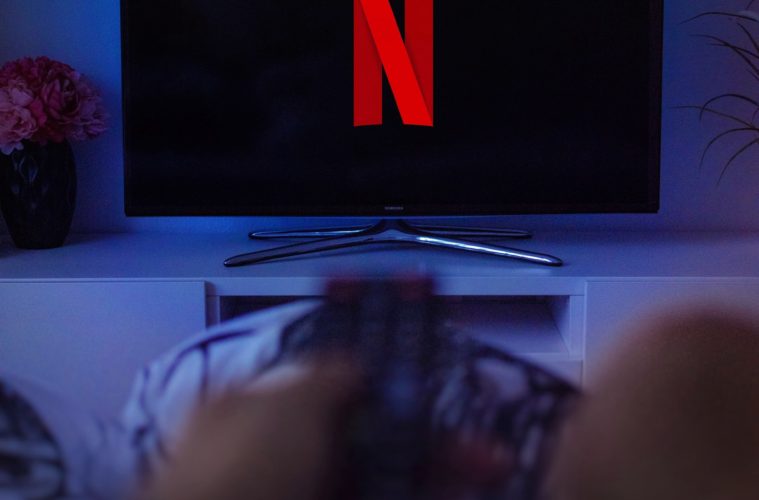 20-minute comedies on Netflix Perfect for a Quick Study Break

When you’re a student studying is important, but you don’t want to work so much that you burn yourself out.  Research has shown that taking a quick break from studying every so often is very beneficial as it refreshes your brain and revitalises your body.  So, you are likely to have an improved ability to focus and become more productive overall.  The question is what to do during your break? Remember, scrolling through social media doesn’t count as a break, in fact, it’s been shown to have the opposite effect.  Sure you could read a book, but books take time and just as you get into it you have to start working again. Try these 20-minute comedies on Netflix, they’ll make you laugh out loud.

Set in Northern Island during the 1990s near the end of The Troubles, Derry Girls is one of the more understated situational comedies on Netflix.  It follows five teenagers: Erin, Orla, Clare, Michelle, and James (Saoirse-Monica Jackson, Louisa Harland, Nicola Coughlan, Jamie-Lee O’Donnell, and Dylan Llewellyn).  They attend a girls’ Catholic secondary school (yes, even James) and end up getting into various awkward, sticky situations.  The show is full of quirky characters who invariably only make the holes they’ve dug for themselves deeper in a way that is both comic and disastrous.  The show also provides an honest portrayal of life for families and teens during The Troubles, while offsetting this with comedy and humour.  There are two seasons, totalling 12 episodes, and each episode is a self-contained story.  So, it is easy to watch one episode and walk away without wondering what happens next.

Before Simu Liu entered the world of Marvel as Shang-Chi, he portrayed Jung Kim, part of the dysfunctional Kim family and the stars of the Canadian sitcom Kim’s Convenience.  Mr and Mrs Kim (Paul Sun-Hyung Lee and Jean Yoon) are first-generation Korean Canadians, the proud owners of a convenience store in Toronto, and the parents of two children Janet (Andrea Bang) and Jung.  While their parents try and run their business, their children are trying to find their places in life while not always fitting in with everyone else.  Like Derry Girls and its references to The Troubles, Kim’s Convenience surrounds more serious topics, like the treatment of immigrants, with comedy.  Kim’s Convenience has five seasons, with 65 episodes in total for you to enjoy.

Another stellar comedy from Canada.  Schitt’s Creek follows Johnny and Moira Rose (Eugene Levy and Catherine O’Hara) and their children David and Alexis (Dan Levy and Annie Murphy) who are forced to move to the rural town of Schitt’s Creek after all their assets are seized by the bank.  Accustomed to a more comfortable lifestyle, the Roses have difficulties adjusting to their new life, and it is both funny and wholesome to watch this spoilt family grow and mature over the seasons.  The show has a great ensemble cast and manages to be both heart-warming and hilarious in a  well-balanced and satisfying way.  By the time you reach the sixth season you won’t want to say goodbye; that’s right, there are six seasons, made up of 80 episodes, enjoy.

A police-procedural comedy, Brooklyn Nine-Nine follows the exploits of Jake Peralta (Andy Samberg) and the rest of the detectives.  At the 99th New York city police precinct they go about their days catching bad guys and goofing off. This ground-breaking series deals with a variety of social issues respectfully, while maintaining humour that ranges from satire to slapstick.

The episodes are mainly episodic, but there are some overarching plot points that are continued throughout the seasons. For example, the development of characters’ relationships and careers.  Brooklyn Nine-Nine is a show that will always put you in a good mood, a great stress-reliever to have between studying. There are a whopping 8 seasons of Brooklyn Nine-Nine, but it is one of the comedies on Netflix that doesn’t have all the seasons available yet and currently only goes up to season 7.  Not to worry though, you have these other 20-minute comedies to keep you occupied in the meantime.

The creators of Brooklyn Nine-Nine and Parks and Recreation have done it again with another of their 20-minute comedies, the fantasy comedy series The Good Place.  Eleanor (Kristen Bell), a morally corrupt saleswoman, finds out that she has died and is now in a utopian afterlife known as the Good Place.  Eleanor quickly realises that there’s been a mistake and she hasn’t earnt her place there.  Not wanting to go to the Bad Place, she attempts to hide her past and the questionable aspects of her personality.   She struggles to fit in with the other residents and avoid getting caught.  This comedy employs dramatic irony frequently, with viewers knowing more about Eleanor than the other residents in the Good Place.  It’s like you’re in on the joke, and you continue to be in on the joke for 4 seasons.

Another fantasy series, this time focusing on sci fi fantasy, is the animated sitcom Rick and Morty, which follows the slightly crazy and sociopathic scientist Rick (voiced by Justin Roiland) as he takes his grandson Morty (voiced by Maurice LaMarche) on bizarre intergalactic adventures.  He gets them into all sorts of trouble along the way.  Don’t be fooled by the misconception that all animated shows are for kids, they certainly aren’t, and Rick and Morty certainly isn’t (at least not for young children).  Rick and Morty has a dark and dry sense of humour, with savage dialogue and awesome visuals that really draw you in.  With 5 seasons to entertain you, you won’t be bored.

Speaking of animations that aren’t for children, another of the 20-minute comedies on Netflix is Bojack Horseman.  Set in a world where anthropomorphised animals and humans live in harmony, Bojack Horseman follows Bojack (voiced by Will Arnett), an anthropomorphised horse who was the star of a successful sitcom in the ‘90s.  Since then, he has fallen into a depressive state made up of self-loathing, alcohol, and drugs.  However, enough is enough and Bojack is determined to reclaim his former fame and get out of the rut he’s found himself in.  Despite the humanoid animals, Bojack Horseman deals with important issues that aren’t always talked about, especially those pertaining to the pressure people in the spotlight are under, with dark humour and absurdity.  It beats out Rick and Morty with a total of 6 seasons.

From the mind of comedian and creator of The Office, Ricky Gervais, comes After Life a series that takes a close look at a man suffering from depression.  This sounds very sad, I know, but trust me when I say the show is hilarious.  Due to Tony’s (Ricky Gervais) wife dying, he no longer cares about anything and feels like he has nothing to live for.  As such, he treats people however he wants because he doesn’t care about the consequences.  This leads to some hilarious interactions with people as he no longer has a filter and says exactly what’s on his mind.  Due to this, he does use a lot of foul language so if that’s something that make you uncomfortable this series may not be the one for you.

After Life is both moving and hysterical in equal amounts, while raising thought-provoking points about death and grief, one of the more poignant comedies on Netflix.  The series is complete with Tony’s story being told in just 3 short seasons.

If you want something that is thought-provoking but also packed with action and slapstick comedy, try Avatar the Last Airbender.  This animated series can be enjoyed by people of all ages and has excellent writing and character development, making it one of the most satisfying 20-minute comedies.

Avatar the Last Airbender takes place in a world where some people have the ability to wield one of the four elements: fire, water, earth, or air.  There is also a being who can wield all the elements and is supposed to keep the peace between the various nations; this person is called the Avatar.  Unfortunately, over the last 100 years relations between the nations have broken down and the Avatar is nowhere to be found. Until, two siblings from the Southern water tribe discover a boy trapped in the ice.  Avatar the Last Airbender is well-paced and told in 3 seasons, but beware there are some cliff hanger episodes!

Hopefully, at least one of these 20-minute comedies appeals to your sense of humour and gives you something to watch on one of your well-earnt breaks from studying.  If not don’t worry, there are many more 20-minute comedies on Netflix that I simply couldn’t fit into this list for you to discover and enjoy.