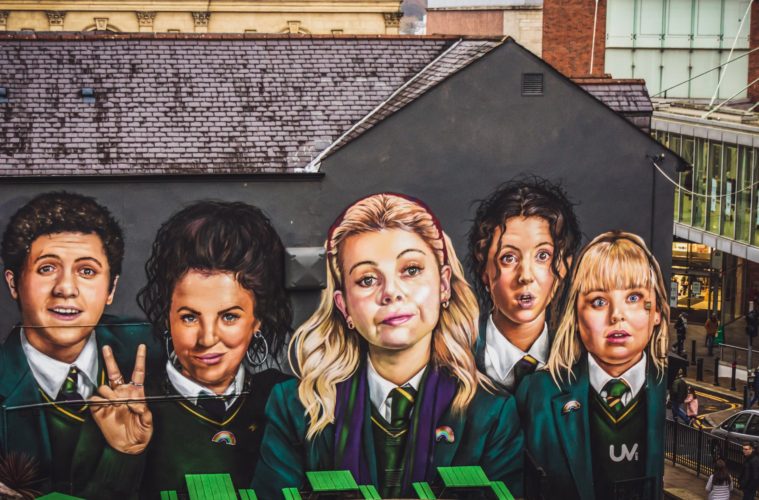 Haven’t watched Derry girls? Here’s why you should

In a world overflowing with entries to the sitcom genre, it can be hard to write and produce a show that genuinely hits the mark. Too many shows oversubscribe to slapstick comedy or fail to achieve the astute production of lines that genuinely forces viewers to break their silence with laughter.

Admittedly, accomplishing these kind of comedic goals is no easy task. In a world dominated by streaming giants, such as Netflix, Amazon Prime and Disney, the aim is often to cater to the largest possible audience rather than produce the kind of shrewd script that may appeal to more niche viewers. The consequence of such goals can often mean overused jokes, or underwhelmingly digestible scripts with notably unoriginal castings.

But Channel 4 sensation, Derry Girls, certainly avoids the trap of sell-out comedy. This show, first released in 2018, hits all the sweet spots for a perfect comedy. Set in Northern Ireland’s Derry, and centred around 4 Northern Irish school girls and a British boy who attend an all-girls Catholic school. This show perfectly encapsulates the humour to be found in the events of growing up.

The show takes place during the Northern Ireland conflict of the 1990s. These five school students navigate the ongoings, annoyances and dramas of adolescent life. The show also gives a considerable portion of airtime to the adults present in the lives of these teenagers. With scapegoat quips between a father and his son-in-law, to unwanted but hilarious parental opinions and interjections.

This semi-autobiographical show, written by genius Lisa McGee, has the viewer in fits of laughter with little chance for break. From Erin’s impeccable and a-pictures-worth-a-thousand-words facial expressions, to Clare’s anxious stream of consciousness outbursts, this is the ideal show for those looking for an upbeat and mood-lifting comedy.

Much to the sadness of fans, the show has just aired its final episode. However, McGee’s decision to bring the show to an end is a relief in preserving the show’s integrity. When a show sees success, which Derry Girls has, it can be easy to risk selling out. Corporations often trade in a show’s genius for money, and swaps the original writer’s witty scripts for a roomful of new writers.

That’s not to say a continued success isn’t possible, rather that the change in creatives is often perceptible. Take BBC drama Killing Eve, after waving goodbye to Phoebe Waller-Bridge’s writing, the show saw a decline in quality. And recently, produced a slew of disappointed fans in its finale’s ending.

On the whole, while fans are sad to see Derry Girls go, it’s been a great run. There’s no doubt that this show will age finely and remain a sitcom classic. Lisa McGee, you outdid yourself.