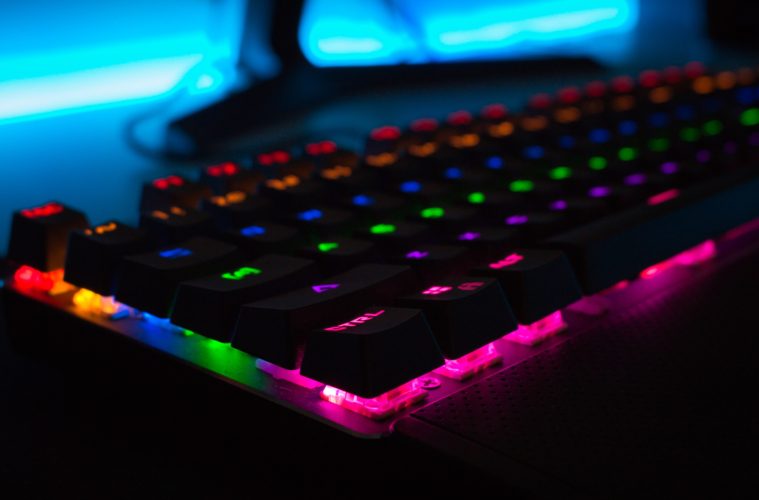 Gaming can, on occasion, be a bit of a solitary experience. Luckily, developers create amazing, lifelike game characters for us to have as our sidekicks.

Writers can create the most amazing story and combine it with the best graphics anyone’s ever seen, but none of that means anything if the game characters are bland – and I’m not just talking about the player character. The characters you’re surrounded by (especially if it’s a game where you have a crew with you) need to be just as interesting as the player, if not more so. With that said, here are my top 10 gaming companions!

Like the majority of Zelda companions, Midna only appears in one game: Twilight Princess. Honestly, I had a tough time here as I love so many of the characters from this series, but Midna’s sass and sarcasm won me over. She had a real back story (being the Princess of Twilight who was changed into an imp by one of the antagonists; Zant), and even a heart-breaking goodbye when she eventually has to leave Link at the end of the game.

Dorian is one of the most beloved characters of the entire Dragon Age series, despite only appearing in the latest game. He’s very witty and suave, and has perfect timing on his one-liners. He’s a deep and complex character who strongly stands against the majority of what his home nation of Tevinter stands for, earning him the label of ‘outcast’ by his family. On top of this, Dorian has a tragic personal life, running away from home when his father attempted to undergo a ritual that would change Dorian’s sexual orientation. The outcome of Dorian’s relationship with his father is ultimately left down to the player, with the option to have them reconcile or remain estranged being presented later in the game. The player’s involvement with his personal life as well as his charming personality really set Dorian up as one of the most likable game characters in history.

Elena feels like a strange character to put on this list, considering I started out heavily disliking her. However, her character evolved over the course of the games, and she ended up becoming my favourite (with the exception of the player character; Nathan Drake). She starts out just wanting to record Nate’s discoveries for her show, and ends up just as invested in the adventure as he is. Proving that she’s perfectly capable of fending for herself when it came to being in danger, she steered away from the typical “damsel in distress” trope that is often seen in games, and instead gave us a fresh, independent female character.

Initially an AI who was insistent on trying to kill the player, GLaDOS (Genetic Lifeform and Disk Operating System) is the core of the test centre the player is trapped in and ends up as a companion. At first, this partnership is unwilling, and GLaDOS is forced to live inside a potato (thus becoming PotatOS), but the two slowly learn to work together and uncover secrets about GLaDOS’s past while saving the centre.

Serana is actually a DLC character, but she has the most well fleshed out back story of any of Skyrim’s companions. She’s the daughter of a famous Vampire Lord, making her a pure-blood vampire. Serana has a difficult past, with her parents fighting over the ritual her father wants to partake in which would mean sacrificing his daughter. Starting out suspicious and closed off towards the player but slowly becoming friendly makes her more of a realistic feeling character, and she becomes a very strong and powerful companion.

Who doesn’t want a faithful dog to keep them company on their journeys? Well, Dogmeat is a recurring companion in the Fallout series, appearing in most of the games. However, it’s a different incarnation of Dogmeat in Fallout 3 and Fallout 4. Either way, Dogmeat is a fiercely loyal companion, and a very good boy.

Cortana is one of those game characters that it would feel strange without. Since the Halo series follows the same playable character, you get to see how Master Chief and Cortana grow close over time, becoming nearly inseparable. Their relationship really blossoms over the course of the games, and we witness just how important they are to each other.

While Final Fantasy XV has 3 game characters that accompany the player almost all the time, Prompto Argentum stands out the most. He’s funny, has a tragic back story that they (himself included) find out over the course of the game, and he’s always there for his friends. Artificially created and intended to be an enemy of Noctis’ kingdom, Prompto has a crisis, wondering how they can be best friends under these circumstances. After some reassurance, Prompto acknowledges that this doesn’t matter, and goes on to fight by his friends’ sides until the very end.

Shepard meets Garrus in Mass Effect, and he stays with the player right up until the end of Mass Effect 3. Garrus is far from the typical “manly soldier” type, instead being a bit goofy and awkward. He’s always ready for a fight, though. He’s very close with Shepard (even without being romanced) and we even see his character change over the course of the games because of their relationship.

Alistair is my number one for a multitude of reasons. Even though he appears in all the Dragon Age games, his only major role is in Origins. He acts almost like a guide for the player in the beginning; being there from the moment they wake up from the ‘Joining Ceremony’ to help them understand what is expected of them. Even though he is the senior Grey Warden, he’s more than happy for the player to take the lead, preferring to follow someone than to take charge.

Throughout the game, we get to see his many different sides, watching as he uses humour to mask pain. The player has many options to change his fate, even down to deciding whether he should become king. However, he often confides in the player, letting them know the option he would prefer but ultimately accepting their decision anyway. Despite his tendency to be overly light-hearted, Alistair is always willing to sacrifice himself to save others and put their needs above his own.

Game characters can have a huge impact on our opinions of a game, regardless of the overall story, and it’s really important that they’re likeable and relatable. Of course, it does come down to personal opinion as to which ones are the best, based on your own preferences.